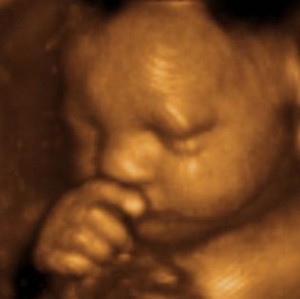 Jacksonville, AL.    On January 22, 1973, the U.S. Supreme Court issued two decisions that forced legalized abortion on all 50 states: Roe v. Wade and Doe v. Bolton.  Together, they represented a serious defeat for the unalienable right to life, the constitutional system of federalism, and the principle of democracy.  The court unleashed something deeply regressive.

There are many ironies in the movement for legalized abortion.  Although it is backed most strongly by those with an affinity for the secular, objective values of modern science, it was science that led to the creation of state laws against abortion in the nineteenth century.   Advances in medical technology and knowledge led physicians to understand that life begins at conception, not at the point at which the pregnant woman can feel the baby kick (usually 18-21 weeks gestation).   The point of “quickening”—referring to life—was originally a religious theory that saw God infusing the fetus with a life-bearing soul.  It was thought that the baby was not yet alive until the woman felt internal flutters or kicks.  Biological knowledge corrected the theory and identified the existence of human life at the point of conception.   For this reason, the American Medical Association began encouraging the protection of unborn babies from the very beginning of development.  Sadly, by the 1960s, the AMA joined the ABA in rejecting science and embracing injustice.

Pro-choice advocates claim to speak especially on behalf of poor folks, people of color, and women, yet the movement was primarily founded and funded by rich white men.  Historically, abortion in the United States has nothing to do with women’s rights or Democratic liberalism.  Its roots were in the eugenics movement and the Playboy philosophy before it was adopted by feminists in the late 1960s (largely through the instrumentality of Betty Friedan of NARAL and NOW).  Abortion was correctly seen by feminists in the nineteenth century as a symptom of patriarchal oppression and exploitation of women, not as a prerequisite for women’s equality.  It was understood to be a sign of women’s inequality.  From Mary Wollstonecraft to Alice Paul, the greatest feminists and suffragists from the late 1700s to the early 1900s all viewed abortion as the sad destruction of the woman’s own child.  They were pro-life in the broadest sense of the term.  The Revolution, a newspaper owned by Susan B. Anthony and edited by Elizabeth Cady Stanton, called abortion “shameful, revolting, unnatural” and “inhuman.”

In December 1965, Playboy became “the first national magazine to advocate legal abortion” (Catharine A. MacKinnon, Feminism Unmodified, 261).  The Playboy Foundation has been funding pro-abortion groups ever since.  Pregnancy has always been an unsexy inconvenience for Hugh Hefner and other sexual objectifiers of women.  Abortion was not universally legalized in 1973 as a result of demands by women.  It was bestowed as a “gift” by seven men.

All seven men were unelected by the people.  This befits the twentieth-century foundation of abortion in the elitist population control movement, with its inherent racism and classism.  Given the views of Margaret Sanger and her male colleagues, there is a reason so many abortion clinics are located in the inner city and why the Black Power movement opposed abortion as genocidal.  The social context also helps to explain why African Americans are the most pro-life ethnic group, why poor people are more pro-life than wealthy people, and why women are more likely to be pro-life than men.  A movement dominated by rich white men has limited appeal beyond the confines of unelected judicial benches.  Ironically, “Jane Roe” (Norma McCorvey) and “Mary Doe” (Sandra Cano), supposed plaintiffs in the original cases, are now pro-life activists.

The eugenicists were largely Republican in politics, including the Rockefeller family.  Six of the seven justices who voted for Roe and Doe were Republicans.  Half of the two Democrats on the court voted Nay (Byron White).  Despite rhetoric to the contrary, the leadership of the Republican Party since Nixon has never done anything substantive to end or even limit legalized abortion.  Roe v. Wade is still the law of the land, pro-choice justices have been appointed, funding for Planned Parenthood continues, and morally conservative Christians are exploited for electoral purposes.  The GOP establishment either privately supports abortion or just doesn’t care.  It would be a great political loss to the party if abortion is ever overturned because it would mean the loss of a convenient wedge issue that is cynically used against Democrats.  In addition to Feminists for Life of America, one of my favorite pro-life organizations is Prolife Across America.  Neither is religiously sectarian or politically compromised.

On the anniversary of the Moloch cult being blessed by our most undemocratic branch of government, the tragic personal cost of abortion is summed up by a perceptive piece at RedState.com.  I have little faith in the Republican Party as a vehicle to reach the desired goal, but I join the authors in their desire to see Roe v. Wade join Scott v. Sandford as an aberrant footnote to our nation’s history.  “On this day, we remember the nameless and the forgotten, and we lament our inability to even grasp the sorrow or the extent of their loss. Requiescat in pace.”

What Wendell Berry’s Brush Teaches Us About Capitalism, Community, and “Inevitability”

Embattled: The Story of the O’Hanlon Fresco