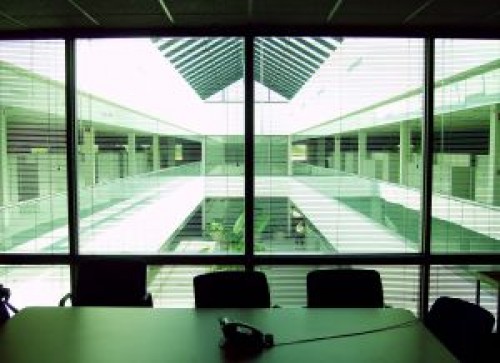 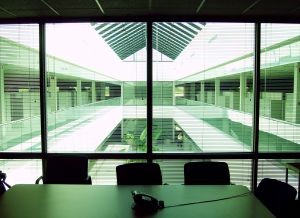 Irving, TX Conservatives have long believed that the power of the courts to “legislate from the bench” was a great and anti-democratic evil which could only be remedied by strict interpretation of the Constitution combined with sensitivity to the “original intent” of the founders and deference to the legislative branch. And they had good reason to believe this, since it is unlikely that the founders would have approved of many pieces of court legislation. Abortion, for example, could not be part of the original intent, and such a “right” is neither in the Constitution nor in its “penumbra” (to use Justice’s Douglas’s rather inventive term.) Indeed, many prominent features of American life are, for better or worse, not products of our democracy, but of our judicial system.

Alas, when conservatives themselves gain control of the court, it seems they are no better at exercising judicial restraint than are their liberal counterparts. Indeed, the “conservative court” has on several occasions completely changed the political landscape of the United States. This happened, for example, in Bush v. Gore, when the election was decided by five members of the court. And it happened again this last Thursday in Citizens United v. Federal Election Commission.

The case concerns a movie entitled “Hillary” (as in “Clinton”) put out by a non-profit corporation, “Citizens United,” whose president is Floyd Brown, a long time political activist who is credited, among other dubious achievements, with the Willie Horton ads. “When we’re through,” Brown remarked, “people are going to think that Willie Horton is Michael Dukakis’s nephew.” Brown came up with a clever way around the campaign finance laws which banned political ads from corporations or unions 30 days prior to an election. He would run ads for the movie, and since he was just advertising a movie, it wasn’t political advertising at all. Never mind that the movie, and the ads, were derogatory at best. The Federal Election Committee refused to go along with the ruse, and CU sued.

All CU wanted was for the court to bless their end-run around the campaign laws. Corporate contributions were not an issue in the case, and not part of the relief that plaintiffs were seeking. But for some unknown reasons, the court decided to re-hear the case on grounds that had nothing to do with the plaintiffs plea. The rehearing was peculiar, not only in widening the grounds of the case beyond the issues that were placed before it, but in ordering the rehearing for September 9th, a full month before the court’s session normally began. This seems to indicate some undue haste in deciding so pivotal an issue. One is tempted to think that the majority wanted this issue decided in time to dismantle the current laws in advance of the coming congressional elections. One is permitted to ask here whether the court’s agenda is judicial or political.

In ruling on the issues presented to it, the court upheld the FEC against CU. But on the issues that were no part of the original case, they voluntarily threw out restrictions against corporate funding of campaigns, restrictions that date back to 1907 and have been upheld by every court since then, in test after test. They have, at a stroke, undone 100 years of legislation and judicial precedent. This is not evolution, but revolution, and a revolution predicated on some very peculiar grounds.

The majority of the court treated this as a “free speech” case. Yet, this is somewhat perplexing. As far as I know, CEOs have always had the right to say whatever they liked, to support whatever candidate they wanted, to go to whatever rallies they wished, and to write letters to the editor whenever they felt the need. That is, they enjoyed all the rights of free speech that every other citizen has. As far as I can recall, there are very few corporate executives in prison for expressing their opinions. The court, however, was not interested in the rights of the executives, but in the rights of the corporations as “legal persons” endowed with all the rights of natural persons. This is a rather peculiar doctrine that originated in another example of legislating from the bench, Santa Clara County v. Southern Pacific (1886), which granted “personhood” to corporations. This rule was a complete overturning not only of the court’s previous rulings, but of the long history of corporation law dating back to the Middle Ages.

The Founding Fathers of our Republic were very suspicious of corporations, since the royally-chartered companies had been used as instruments of oppression against the colonies. The Navigation Acts, for example, gave them exclusive shipping rights to the colonies, much to the detriment of American entrepreneurs. And it was East India Company tea that the colonists used to color the waters of Boston harbor in the original tea party. For a jurisprudence that pretends to be interested in “original intent,” the colonial attitude towards corporate power cannot be overlooked.

Corporations prior to Santa Clara were creatures of the state that had no “rights” save those that were granted by their charters, charters that always excluded their participation in politics. Santa Clara extended the protections of the 14th Amendment (no state shall “deprive any person of life, liberty, or property, without due process of law”) to the corporations. The Amendment was originally designed to protect the freed slaves, but since Santa Clara it has been used mainly as a tool to protect big business.

The new ruling allows corporate executives to use the company treasury, the money that rightly belongs to the investors and the workers, to influence political contests. Since corporate executives command resources measured in the trillions of dollars, this means that there will be an inexhaustible source of funds with which to command the political powers. But this money is supposed to be invested to increase the profits of the corporation. And it will be. Politics are treated like any other investment and expected to get a return, a return in the form of subsidies and favorable tax treatment. And as David Brooks noted, corporations also want rules which protect them from smaller and more nimble competitors. As the Independent Business Alliance noted in its amicus brief,

Somewhat ironically, the ruling may actually lower the cost of political participation for the corporations. The mere threat of spending an unlimited amount of money in any politician’s district may be sufficient to obtain compliance. Blackmail will be all that is necessary to ensure the docility of the legislative and executive branches. As of last Thursday, the corporations are formally in charge of the government of the United States, and all of its constituent political subdivisions. But corporations are not capable of running a country, save for running it into the ground. Indeed, they can barely run their own enterprises without support from the public purse. With this ruling, the line between the corporate treasury and the public purse—already stretched very thin—will completely dissolve. America will be formally a plutocracy and substantially a kleptocracy.

Yet for all that, there is some justification for the court’s attack on the campaign finance laws. Indeed, they are only recognizing what is practically an already established fact. Money will always find its way to power, and where there are large concentrations of wealth, they will come to own the political powers; they will become the state. The current miserable situation in campaign financing is the result of the last abysmal reform, with attempted to correct the problems of the previous reform, and so on back to the Tillman Act of 1907. All the law can do is to raise what roadblocks it can, for as long as it can, until the powers that be find a new way around the laws. And then we begin again.

So what’s to be done? Well, if you can’t beat ’em, join ’em. Recognize the reality that power follows property, as Daniel Webster noted. Allow the corporations to give as much as they like. However require that all donations to any cause or candidate be instantly posted on the group’s website, which any one may examine. At least we would know the truth of the situation, and while the truth in this case may not set us free, it will at least let us know where we stand.

But we can go further in this truth-telling to include truth-in-labeling. Each congressman will be required to wear those NASCAR suits which prominently display the names of their corporate sponsors. So the typical congressthing might have Big Pharma on his chest, Exxon on his ass, and the big banks running up and down his arms. Each politician would be required to begin and end each speech with the statement “This message brought to you by …” and list the names of his three top contributors. And each bill will be required to bear the logos of its corporate sponsors. This won’t make politics any more democratic, but it will make it a lot more fun. And a lot more honest. We can dispense with the fictions of “liberal” and “conservative” and go directly to the real issues: “I favor the big banks” or “I favor the manufacturers,” and such like. We can debate the size of the subsidy, the magnitude of the tax break, the height of the barrier against competition. These are the real “issues.” Everything else is rhetoric.

With the Citizens United ruling, the court revealed the depth of its contempt for judicial restraint, original intent, and deference to the legislature. The ruling is nothing short of a coup, a fundamental change in the structure of the America polity. It will work not only to the defeat of democracy, but to the destruction of what’s left of the small businessman. From this day forward, no one will hold office who does not have the approval of the corporations, no small business will exist save by their sufferance.

But it will not last. Greed consumes everything, until it finally consumes itself. The bankruptcy of this country is already far advanced, and the process will be accelerated by making it an open kleptocracy. So, welcome to the plutocracy; enjoy while it lasts, which will not be long.