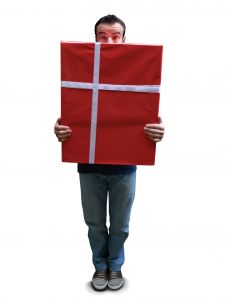 Irving, TX. Pope Benedict, in his recent encyclical, spoke of the Principle of Gratuitousness in the economy, a principle that strikes both economist and businessman alike as paradoxical at best, and nonsense at worst. I have in other places written on this principle, but here I would like to address its opposite: the politics of ingratitude.

I think a good starting place for such a discussion is the signs that were carried in the Tea Party Protests, “No Socialized Medicine—Hands Off Medicare.” Now, we could pass this off as mere ignorance and it is hardly news that some people are confused about the nature of socialism and about just what Medicare is. However, I heard the eminent Catholic intellectual, Michael Novak, say exactly the same thing last April in a public debate. Novak stated his opposition to socialized medicine and affirmed his support for Medicare, stating that he could not afford the medicines for his wife without it. Mr. Novak is, I suspect, well compensated by the American Enterprise Institute for his services. Still, I am willing to believe his claim that he needed public help to defray his private expenses. But I am perplexed by his apparent claim that his age alone justifies this subsidy. Surely he must know that there are folks younger than he is whose wives and children need similar help, and several of them might not make as much as he does. When the leaders speak nonsense, you can hardly blame the followers for repeating it.

This attitude of “socialism for me and capitalism for thee” is widespread. I am a member of the Real Estate profession, and I reckon that 99.79% of my colleagues are ardent believers in the “free market.” They also demand that the government support the housing market. Indeed, few markets are as government-dependent as is the housing market, and Realtors divide their free time into complaining about government interference and demanding more government support. I have never given a dime to the Realtor’s PAC, because I have never seen it take a single action in the public interest. But the sad fact of the matter is that we live in a Republic of PACs, and in our form of “democracy,” one must pay to play. Recently, our PAC and its allies not only got the $8,000 tax subsidy for first time buyers passed—and then extended—we got a new subsidy of $6,500 for “move-up” buyers, based on the principle, I suppose, that bigger is always better, and getting someone else to pay for bigger is best of all.

This attitude is, I believe, most characteristic of my generation. I was born in 1947, the year that the Full Employment Act was passed, the law that enshrines Keynesianism as the official policy of the United States Government and the Federal Reserve System. Indeed, the bill only recognized what had already been a fact since 1933: the government had taken responsibility for the management of the economy. I am not a Keynesian, but I am grateful for those who were. The plain fact of the matter is that the only workable capitalism is Keynesian capitalism. Capitalism before the war was a hit and miss affair, with the misses almost as frequent as the hits. The economy was in recession 40% of the time; calamity was normal.

My parent’s generation survived the Great War and the “Great Misery,” as the French Canadians call the depression. They wanted their children to escape these evils. And we did. Indeed, there was never in our history—and possibly not in the history of the world—such a long period of peace combined with so great a prosperity. True, we had some wars, but they were remote. And since the Vietnam war, we have delegated a small part of the population to fight them and have nominated our grandchildren to pay for them. We display yellow ribbons to show our “support” of the troops, but would scream blue-bloody murder if we are taxed to pay them. Nothing, not even war, should interfere with our relentless pursuit of “more.”

Here is the great secret of my generation: What our parents gave us as a gift we have received as an entitlement. No one is not grateful for an entitlement. Indeed, everyone is resentful that it is not larger. Worse, we are resentful of everybody else’s entitlements because they compete with our own. Politics because a matter of getting as large a share of the pie as you can, while giving as little as you can get away with. We ended up resentful on both sides: we are resentful about how little we get (no matter how much it is) and resentful about how much we have to pay (no matter how little it is).

Which brings us back to Michael Novak and the tea-partiers. Government medical care for all must inevitably involve some cutbacks in Medicare for the retired. And that is not acceptable. We’ve got ours, and we will not share. No way. No how. The opponents of socialism are too busy protecting their own entitlements to even see them as socialism. It makes for a politics of pressure groups, a Republic of the PACs. There can be no common good, only goods spread around to a particular coalition, with costs spread to losers, if possible, or better yet, to the next generations; after all, what have they done for us lately?

Keynesianism feeds this politics of ingratitude; it is its economic component. It is not that it is a bad economic theory. It is a very good one, at least in the context of capitalism. Since the essence of capitalism is the gathering of large piles of capital, it depends on depressing wages. Hence, it always has difficulty in reliably generating enough purchasing power to clear the markets. Somewhere it needs a big spender, and government is the only force capable of fulfilling this role. But its failures are both political and moral. Keynes wanted the government to freely borrow and spend in bad times, and than tax and repay the loans in good times. But the building up of debts is politically easier than tearing them down, and Republicans especially have been more than willing to adopt the first part, but not the second. Hence, we have the paradox that the most “conservative” governments are also the most Keynesian, applying the stimulus of debt even when it was not needed.

The moral failures are even more telling. Keynes recognized, as most economists did not, that the economy was dependent upon distributive justice. But Keynes refused to confront the failure of justice within economics itself. Instead, he made it a political question, he made it into re-distributive justice. The economy would operate under the capitalist rules and produce its imbalances, which the political authorities would then tax and re-distribute. In this way, he saved capitalism from—and for—the capitalists.

Take a program like Social Security. Now it is obvious that the young must support the old; this is but the natural law. In ages past, old age security meant either having a lot of money or having a lot of children. And since few people had money, most people had children, if they could. But the resources of the family were shared, which encouraged a sense of gratitude between the generations. But with the Social Security and Medicares systems, the relationship between the generations is mediated by the government, and the pension becomes an entitlement. One can argue the economics either way, but the social consequences are devastating. It is no longer necessary to have children to ensure one’s security in old age, so long as other people are doing so. In fact, the winners in the social security lottery are those who had no children, and so spared themselves the trouble and expense, but rely on others to have children to pay the taxes that are necessary to support them.

Things will come to a head pretty quickly. In 2011, the first wave of the baby boom will hit 66, full Social Security retirement and Medicare age. But there is no money in the system to pay these pensions, only IOUs than can only be redeemed by raising taxes, or by yet more borrowing. Will there be enough of an economy to tax? Will there be enough borrowing capacity to finance it? I doubt it.

My generation has always been about resentment. In the 60’s, it was resentment of the war, which actually had some basis, but also of “old people” in general. “Never trust anyone over 35,” was a popular slogan, one which we validated by becoming untrustworthy when we reached that age. Or at least becoming Republicans, which is much the same thing. Ronald Reagan learned to play the politics of ingratitude better than most, telling those who were taxed the least that they were taxed the most, and promising to tax them not at all. And it would all be financed by reducing “waste, fraud, and abuse”; no actual government programs would have to end, no possible constituency would be embarrassed or deprived. Government grew, revenues shrank, and we proved, at least to the sharp mind of Dick Cheney, that “deficits don’t matter.”

But they do. And more than the fiscal deficits, the moral deficits matter, and we have burned through all our capital in both areas. Keynesianism will fall because capitalism will fall; the fates of both are bound up with each other. But the men of my generation should at least have the honesty to lament its passing, to recognize the gifts we have been given, and to realize, too late perhaps, that the only way to keep a gift is to pass it on. We failed to pass on the gift to our children—indeed we had few children to pass it to—and so we will lose it all. Ingratitude is like that.

The economy certainly depends on a rational market rooted in fair exchanges. But while this is a necessary condition, it is not a sufficient one. Beneath the exchanges there must be a spirit of the gift, an on-going lagniappe, something over and above the exchange. Of course, the government has a role in all this, and in certain cases it must intervene. But such interventions cannot replace the normal human relationships upon which a healthy society is built. Keynes, with the best of intentions and the most logical of proofs, corrupts these relationships; the “conservatives” adaptations of Keynes both corrupts his theory and removes any effective opposition.

Tom Brokaw called my parent’s generation “The Greatest.” I don’t know if that is true, but I think I know which generation gets the title of the worst. We cultivated resentment and passed it on to our children. Only this time, they will have real cause for resentment, and real debts to resent.