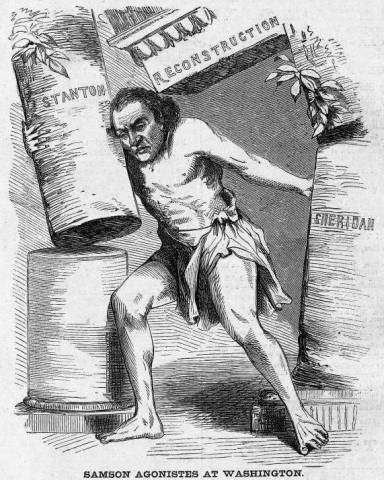 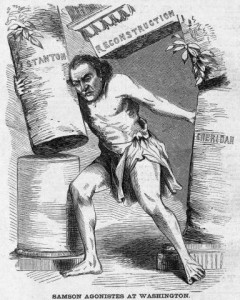 The forgettable State of the Union speech occupied the press a few news cycles, and its place was quickly taken by the new budget, a document which has a certain entertainment value of its own. But the really significant thing that happened caused only minor comment: it was that Ben Bernanke was reappointed. This did gather some brief commentary because there were a total of 30 votes against him, an unprecedented number when dealing with a Fed Chairman. This raises the question of why the congress should be so kind to Fed chairmen in general, and this Chairman in particular. In a town were everything is contentious, and in a Senate where everything requires a super-majority but nothing gets it, the re-appointment got it with room to spare.

The President who promised change could not even change the Chairman, not even one who had failed so badly, and who continues to fail. The Senate for its part admitted that they were united in one thing only: their cluelessness on economic policy. Because the Fed provides the reserves to the banks, and because the banks provide credit to the economy, and because the economy cannot function without credit, the Fed is the most important institution in the economic life of the country, arguably more important than the Congress or the President. Yet both have been reluctant to control the Fed. This is not new. Banking and credit is supposed to be a “technical” matter, best left to the technicians and isolated from the politicians. This means that in our democracy, the democratic institutions have little control over the institution that makes the most difference in the economic life of the country.

The same problem has afflicted presidents back to Carter, at least. They felt they were not able to confront the Fed Chairmen. Volcker single-handedly wrecked the Carter administration, and nearly did the same to Reagan, until the White House finally found the guts to get him to stop. Both Volcker and Bernanke are Monetarists, who believe (believed, in Volcker’s case) that money problems could be cured with by controlling the money supply. Volcker tried to cure inflation and Bernanke deflation using the same philosophy, and both failed. Volcker raised the fed funds rate to 20% in an effort to reign in lending; it failed. Bernanke has created unimaginable piles of money to get banks to start lending again, and he has failed. You would think by now that Monetarism would be thoroughly discredited. But Bernanke got 70 votes.

Without making substantial changes at the Fed, there is little change that Obama—or the congress—can make. But then Obama has found that he has little enough room for maneuver. The Senate requires a super majority which he cannot command, the Fed is out of his control, and the Supreme Court has formally turned the political process over to the plutocrats. He has nowhere to go and nothing to do, save have lunch with Pelosi and fly about the country in Air Force one. He has the trappings of power, but none of the substance. He can make speeches about bipartisanship, but he knows that no one is listening. His own base has abandoned him, and his administration seems clueless about the crises.

The new budget is a sign of his impotence. He boldly proclaims an austerity program, which turns out to concern at best the 17% of the budget that is deemed “discretionary.” At what point, we may ask, did the bulk of our budget escape our control? But it has certainly escaped Obama’s, and he hasn’t a means to take the reins of power. The Democratic Party has proven a weak support at best; even with majorities larger than any that Bush or Reagan could command, they have not been able to impose their will upon the country, for the simple reason that they have no will. As Paul Craig Roberts noted,

Obama and the Democrats cannot be an opposition party, because Democrats are as dependent as Republicans on corporate interest groups for campaign funding.

Now that the five Republicans on the Supreme Court have overturned decades of U.S. law and given corporations the ability to buy every American election, Democrats and Republicans can be nothing but pawns for a plutocracy.

Most Americans are hard pressed, but the corporations have only begun to milk them.

So far, the President has nothing to show for his tenure but a failed stimulus and an empty Peace Prize. The recent job numbers were revised to show that the economy lost 1.2 million more jobs than was previously thought. And the unemployment lines are getting longer, not shorter. That the stimulus has failed must come as a great surprise to his economic team, since stimulus has generally worked in the past. However, that past was one in which we made more of the goods that we consume. In an economy that imports so much, much of the stimulus leaks off-shore. If stimulus was going to work, it would have worked for Bush, who ran up $6 trillion in debts, but all we got for that was two wars and a housing bubble.

Obama came to Washington as a Samson, ready to do battle with the Philistines who controlled all the levers of power. Or so his supporters imagined. They invested all their hope in him as a person capable of rousing the Democrats to battle and the country to real change. Yet, instead of doing battle with the Philistines, he invited them into his cabinet, he gave them what they already had. It is possible, I believe, to locate the precise moment when Obama failed: it was the moment that he appointed Timothy Geithner and Larry Summers to head his economic team. These men have their fingerprints all over the crash, Summers by being a strong advocate of financial deregulation and Geithner as the primary engineer of the AIG bailout. This is to say that Obama stacked the deck against himself even before he took office. He abandoned the change he had promised to embrace the policies of his predecessors. I’m pretty sure he didn’t see it like that; he thought that these were technical matters and he got the best technicians he could. Indeed, this is probably the best set of resumes ever to serve in government, but their skills are in all the wrong areas; they are trying to solve the problem with the tools that created it. Obama has no workable economic plan; he can only hope that the recession runs its course. But this is unlikely.

Nor will he get much help from the Republicans. One, they don’t have any plans of their own, and two, they understand that their success depends upon his failure. There is simply no incentive for cooperation. As the economy sinks, their fortunes will rise; they expect, not without reason, a sweeping victory this year and a return to power in 2012. But when President Palin, or Brown, or Cheney, or Jindal takes office, he or she will find that power ain’t what it used to be. They will be in a somewhat better position than Obama, since they will be able to command super-majorities in the Senate based on blue-dog Democrats, or else they will simply ignore the rules. But lacking any plans, they will not have much they can do. They will get some income and corporate tax decreases and some payroll tax increases; they will find new privileges for the powerful and new subsidies for the rich. In return, they will receive endless benefits and lifelong employment. And their campaign coffers will never run dry.

I cannot recall a president who has made himself so irrelevant so quickly, one who so easily took a haircut. He lacks a base, he lacks a party, he lacks a program. It will be interesting to see how Obama responds to his own impotence, to the realization that he is the prisoner of powers he cannot control, powers he himself invited into his administration. Samson became the laughingstock of his captors, but found the strength to pull the whole wicked structure down upon both himself and his enemies. The best Obama can propose is to appoint a commission to study the problems, a commission that will, no doubt, consist largely of the Philistines. This will not move the pillars of power very much, but it will amuse the Philistines.
Obama’s accomplishments will be limited to things like “don’t ask, don’t tell.” On other issues, he will be a mere observer, like everyone else. The real rulers of the land, represented by Geithner and Bernanke will continue to loot the country, until there is no country left to loot. Unless something changes, he is likely to be a one-term President who will leave office with a Peace Prize and a wrecked economy. And gays in the military.

There is No Such Thing as a Bank Loan