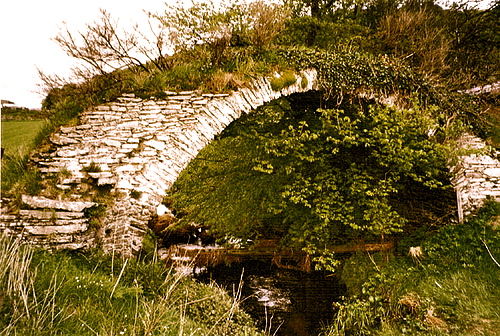 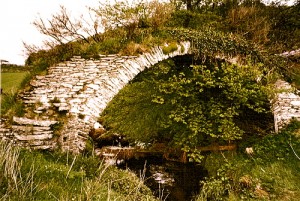 Nanjing, China. Lew Daly’s provocative new book, God’s Economy, aligns with an inspiring tradition of social thought.  In contrast to the rather tired breakdown of left and right, he indicts the excesses of both the top-heavy state and an untempered free market.  He also affirms the insight that modern states have gathered in much of their power by eroding and dispossessing civil society.  Rather than liberating individuals, the weakening of families, religious bodies, and other “little platoons” has merely enslaved us to centralised power.  This diagnosis becomes even more apparent in our own time than it was in the nineteenth century.  Depending on the country, a weak civil society has meant unleashing the cruelties of lucre-lust, or pressing citizens into the service of hubristic nationalisms, or both.

Daly’s book links the nineteenth century debates over “social pluralism” with more recent experiments in “faith-based initiatives.”  His choice to do so is quite apt.  It means a project of restoration in the best sense of the word: finding in these older models lessons about the proper relationship among the state, the market, and the natural associations of church, guild, and family.  We should not underestimate the importance of being able to look back at practices that, however defective on some levels, do offer a lived example of something different from what afflicts us now.  At the same time, looking at faith-based initiatives today means bringing this philosophy down to earth, in a practical challenge of public policy.  Daly is right to point out the one-sidedness of how the Bush administration carried out these initiatives, by focusing on rolling back state responsibility for the poor rather than on chastening the market as well.  There is, as he explains, a great difference between empowering these little platoons and using them simply as an excuse to hand more over from state to market.  Small wonder that some of the most committed people working on those initiatives were frustrated by the administration’s failure to take them seriously.

I am, perhaps unsurprisingly, enthusiastic about the agenda that Daly lays out.  He suggests that “we should expand our pluralist defenses in society, creating a new legal order of family protection, community wealth, and market restraint.”  This is a worthy project grounded in the best aspirations for protecting human dignity.

My main apprehension is not about the goal, but about what will be required to realise it nowadays.  It is likely to prove much more difficult that we might like to believe.  It will demand a rethinking of the modern nation-state far deeper than many imagine.

Of course, the perfect should not be the enemy of the good.  Some modest policy measures could shift us a bit in the desired direction.  Strengthening the financial incentives for families and associations to meet their needs in a sturdily independent fashion would require only tweaking fiscal policy.  Political choices also could tip the playing field to transfer some resources from the for-profit to non-profit sector.  And if we have a pot of state spending dedicated to social welfare, then channelling it through confessional and other institutions obviously would strengthen them.  There are constitutional barriers to some state aid to religious institutions in the United States, of course, but these are hardly obstacles inherent to modern life.

Other problems do run deeper.  As Daly rightly notes, it is not enough just to rein in the state.  Untrammelled capitalism is part of the problem, too.  Reining in the market requires a much larger scale solution than many of us at FPR seem to think.  It has become a global juggernaut that crosses polities and bears down on any experiment in more humane living.  To rein it in would require erecting one, or both, of two kinds of boundaries.

In many of our conversations, the preferred kind of boundary is one of space.  Local diversity and local self reliance are undoubtedly important ends.  When properly protected, they are compelling counterweights to market excess.  But I am frankly sceptical that they will be sufficient, or even possible as a new equilibrium on their own.  Any local victory is fleeting and vulnerable, precisely because the global market is a slippery and soulless creature.  It worms its way into any nook and cranny, because of the relentless self-interest of some actors.  Walmart is always growling outside the door, and mercenary capital is always scratching at the same door to be let out.  Sooner or later, someone turns the key.  And even multiple experiments in localism, sympathetic to each other, are only as strong as their weakest link.  Subsidiarity in the merely local sense may work less well today than it once did, given what it is up against.

The other kind of barrier is one of kind.  I have in mind Michael Walzer’s argument about “spheres of justice”: realms of life that have different standards for fair distribution of goods.  We should not, he insists, be able to translate money into advantages outside pure consumption, such as in gaining honours, or educational access, or basic health care.  Such qualitative buffers on the power of the market, if instituted on a broad enough scale—and by this I do mean transnationally—are likely to have more staying power.  Perhaps we could have different “currencies” for different spheres of life, so as better to allow each dimension of society to follow its own logic.  This would give real substance to the idea of a plurality of goods and domains.

But we still have a deeper problem to solve.  Daly digs out of the nineteenth century debate “a concept of plural sovereignty.  Political order, in this view, was comprised of a plurality of sovereign group-domains, each ordered to its own distinctive nature and purposes and all held in balance across society by a limited but supportive public authority.”  Coming out of a Catholic tradition of social thought, this vision has much to recommend it.  It is crucially different from Walzer’s idea that the spheres of justice are marked off differently in each society, after long national conversations about what justice means.  Instead, plural sovereignty is grounded on a telos.  It has a more rigorous—and universal—underlying view of human purpose, human dignity, and the practices that secure them.

But how can such plural sovereignty be realised under the circumstances of this century?  What is a “limited but supportive public authority”?  Who will guard the guardians, so to speak?  How will the stones of the arch fit together?  The logic of the modern state is popular sovereignty, residing in a mass of undifferentiated citizens.  It is a jealous master, as jealous and often as spiritually undiscerning as the global market.  And it has been master for long enough that it will have few qualms in riding roughshod over “social pluralist” arrangements for its own temporary purposes.

What we end up needing, I think, is metaconstitutional guarantees that transcend the logic not only of the one-dimensional market economy but also of the stripped-down modern state.  The kind of buffers placed on the state now—solely in the name of contentless individual rights—are good largely for unleashing market forces.  In the same vein as what Daly does with the nineteenth century, we do have to look back for other models.  But we might look back even further, to much earlier strands of political thought and practice that enshrined these different domains in the structure of society and chastened the state when it encroached on them.  Mediæval Christendom had them in the pan-continental Church.  Whatever steps up to the task in future will have to be much more multiconfessional and geographically far-reaching, but no less stalwart in its defence of principle.

Of course, much can be done to lay the groundwork in the meantime.  Experiments in civil society can weave real cross-border networks that support and multiply the little platoons.  They can meet the real human needs to which Daly is so rightly attuned.  They can also prove by doing that neither state nor market has all the answers, and thereby prompt further conversation.  And on a large enough scale, they can even become the embryo of a very different kind of society, which harks back to what Daly is trying to rediscover here.  The political alternative may well be the keystone of that vision, but in keeping with the tradition that inspires us, it will probably be the last block to be added.