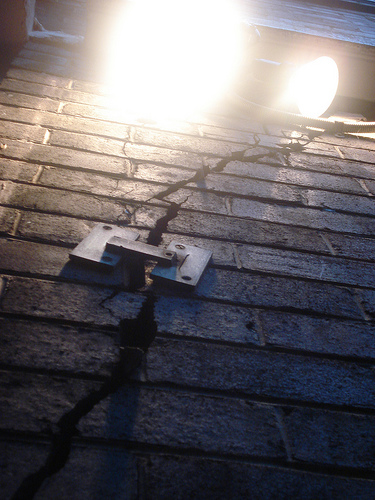 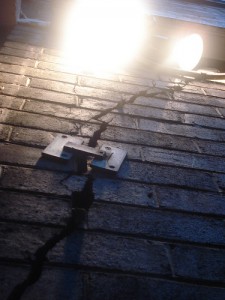 Hillsdale, MI. In the early 1940’s, what was left of Christian Europe rallied around Christian Democracy. German Nazi armies occupied most of the continent. A majority of German Protestants had at least accepted the pro-Nazi National Church. Meanwhile, many conservative Catholics had fallen into unsavory alliances with collaborator regimes such as Vichy France. Heroic acts of resistance among leaders, such as Bishop von Galen’s denunciation of the Nazi euthanasia project and the Confessing Church of Dietrich Bonhoeffer, were relatively rare

The real energy came from young Europeans, distraught by the world bequeathed to them and determined to restore a Christian order. In Germany, they launched nascent groups like the White Rose society. Many paid with their lives. In France, a young Catholic philosophy student, Gilbert Dru, drafted a manifesto for postwar Christian Democratic work. He stressed the transformative quality of true Christian action, where the whole person would become engaged, not as a cog in a party machine, but as a militant rebuilding France on radical Christian principles of justice and love. In 1944, he was executed by the German Gestapo in Lyons.

Their example and their spirit gave real energy to the Christian Democratic parties that claimed power in Italy, West Germany, the Netherlands, and France in the years immediately following the war’s end. For a decade and a half, this movement proved to be something more than politics as usual. It saw “freedom with justice” as “artificial, deceptive and hypocritical,” especially when used to justify the inequities spawned by a “free market.” It also saw that “justice without freedom leads to tyranny.” (Etienne Borne). In addition, these parties understood that human flourishing could come only as the individual was embedded in social bodies such as family, village, labor association, and parish.  The purpose of government was to encourage and protect such natural entities, not displace them.

In his book God’s Economy, Lew Daly does a splendid job of telling the story of Christian Democracy, from its Nineteenth Century origins among Christian writer-activists such as Bishop Wilhelm von Ketteler and Abraham Kuyper to its coming of age after World War II. More surprisingly, he shows how Christian Democratic ideas gave intellectual coherence to the Faith Based Initiative of the George W. Bush administration.

I am particularly delighted to see the attention that he gives to Robert Nisbet’s critique of revolutionary liberalism in The Quest for Community. This book is regularly included in the Modern American Conservative Canon; yet I suspect that this is true only because most contemporary, self-styled “American conservatives” have not read it (so too with Richard Weaver’s Ideas Have Consequences, another part of the “Canon” that has nothing in common with Newt Gingrich or Sean Hannity). Drawing to some degree on the earlier work of Karl Polanyi (The Great Transformation), Nisbet drives home the fact that the liberal free market actually depends on centralizing government and the use of the state to suppress the peasant commune, local customs, family and community property, and even family life itself. As Daly summarizes, both private economic power and state power threaten the natural order of family, church, and community.

I also commend Daly’s recognition of the inner contradiction of the Bush administration’s Faith Based project. It sought to implement half of the Christian Democratic project—funneling social services through churches and church agencies—while ignoring the vital other half: protecting families and communities from “the power and volatility of unlimited markets.” Given the nature of the Republican Party, which in any conflict predictably defers to the interests of Wall Street, this was probably inevitable. Yet the contradiction was also encouraged by those “Christian neoconservatives” who enthused over “democratic capitalism” and who had influence within the Bush White House. One result was to heighten the risk that “faith based initiatives” would simply become another pool of government money, going to those groups with the most effective grantwriters or the best political connections.

Might authentic Christian Democratic principles take root in America? Given current party alignments, it seems unlikely. The Republican coalition of Wall Street and “Traditional Values” is a non-starter. So is the Democratic alliance of Social Reform to Equity Feminism and the Sexual Revolution. Daly is right to point in his book to the older, pre-1965 political alliances, when the Democratic Party could claim, with some legitimacy, to be the “pro-family” Party. The Maternalists who dominated the crafting of Democratic domestic policies in the 1920-60 period favored the male breadwinner/ female homemaker/ child rich family; opposed working mothers, day care, and equity feminism; and condemned birth control and abortion. Another key figure in all this was Father John Ryan, Catholic social ethicist, proponent of the Living Family Wage, and an influential architect of the original Social Security system (when it had a moral compass and a sense of limits). While I can easily imagine a reunion of the Wall Street-dominated Republican Party with the Equity Feminists (which existed from 1920 to 1964 and which was always a more natural bond), it is hard to imagine a similar event that would produce a more thoughtful, more Christian “Democratic Party” linking social reform to conventional Christian family and sexual ethics and a defense of small property and localism.

Then again, stranger things have happened. Some members of the Democratic Coalition—notably African-Americans and Hispanics— do report highly conventional views regarding family and sexual ethics (even if behavior can diverge). And the economic and social interests of white feminists sharply are sharply at odds with those of virtually all people of color. Moreover, the white middle class has been savaged of late by economic instability. Perhaps out of these fissures and the current populist turmoil, someone might be able to craft a new, more coherent, and more promising  Christian and Democratic coalition.