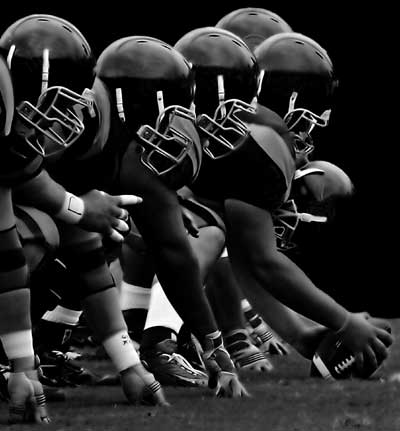 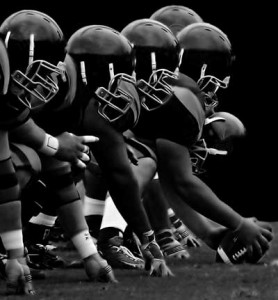 Kearneysville, WV. Last Friday something spectacular happened in Washington, D.C. No, peace did not break out between Nancy Pelosi and Mitch McConnell. No, the President did not agree to scale back his ambitious health care initiative. Instead, Coolidge High School announced that its new varsity football coach was a young science teacher named Natalie Randolph. The appointment makes Randolph one of only two female head coaches of a high school varsity football team in America.

By all accounts, the twenty-nine-year old Randolph is well-qualified. She was an NCAA Division I sprinter at the University of Virginia, and she played wide receiver for five years for a woman’s football team called the D.C. Divas. She was an assistant coach at another high school several years ago. Currently she is a teacher at Coolidge High and is popular with the students.

Washington, D.C. Mayor Adrian M. Fenty was present for the announcement. He listed her various qualifications and insisted that “Natalie Randolph, like all the head coaches who preceded her…is being honored because she’s the best person for this job.” Of course, that was not exactly true. The mayor does not make it a habit of attending the announcement of football coaches at D.C. high schools. This announcement was different.

Ms. Randolph is aware of the uniqueness of her new position, but she insists that she’s only interested in the players and the game.

People are going to say stuff wherever you go. I can’t control what people say,” Randolph said. “The first thing is, I love football, no matter whose domain it is. I’m going to do it. If I let people dictate what I do, I wouldn’t be where I am. While I’m proud to be a part of what this all means, being female has nothing to do with it.

Except that it does. If coaching was merely a technical process where an expert (the coach) taught certain game-specific skills to players, the gender issue might not matter. But coaching is more than that. Coaches–I mean the best kind of coaches–teach far more than the game. They provide an example to their players of strength, character, and grace under pressure. In the process, a good high school coach teaches boys how to be men. He can address them as men and encourage, cajole, and push them to behave in a way befitting men.

Furthermore, team sports–especially intensely physical ones–provide a cauldron in which strong bonds of male friendship and camaraderie can develop. These are goods that extend far beyond the field of play. Their possibility is diminished and perhaps even destroyed when females are on the team. I suspect that the same dynamic will be at work when a woman leads the team.

Boys, no less than girls, need role-models. To be sure, boys need female role models who exhibit, in word and deed, what it means to be a woman of character, grace, and dignity. But at the same time, boys need male role models who demonstrate the character traits proper to men. Boys, after all, are future men, and they will be less equipped for adulthood if their formative years are bereft of men they can respect and seek to emulate. This is one role a coach can, and should, fill.

One of the team moms expressed her delight that a female would be coaching her son:

A female coach will be more compassionate, more concerned about the children getting home at a certain time, and not just making it all about football.

Well. First, I will happily admit that many coaches are not necessarily compassionate.  I recall a basketball coach in high school who was so ticked off at our performance that he made us run suicides while he yelled and threw basketballs at us.  Compassionate? No. A bit on the Spartan side? Yes. I am not necessarily condoning his behavior, and in the various teams I have coached, I have never employed his tactics. But there was a spirit of intensity and camaraderie in that gym that would have dissipated if a woman was present, either as an observer, a player, or a coach.

One web site emphasized the social progress this story represents:

Maybe some day a woman coaching a football team won’t be a big deal. But today it is. Natalie Randolph has accomplished something very big.

No one will deny that Ms. Randolph is breaking new territory. But is one more step toward a gender-blind society a good thing? Does the triumph of egalitarianism help us better to realize our maleness and femaleness or does it further blur lines that are already hazy? A world of metro-sexuals and G.I. Janes is more difficult than ever to navigate. Shall I defer to a woman because she is a woman? Do I hold the door, or will she be offended and think me patronizing? For three years I rode the D.C. Metro and each day I tried to give my seat to women who were standing. Usually, they politely refused. Very rarely an elderly woman would smile gracefully and accept my offer. Sometimes a man would slide into my seat instead. I once saw a military man give up his seat for a pregnant woman, but in general, chivalry, at least in that context, is dead. That’s a loss to all of us. Society is less coherent, not to mention less pleasant, when men and women are confused about their respective roles, prerogatives, and privileges.

Men and women are different, and certain activities are qualitatively different–and qualitatively better–when they occur in a single-sex environment. Advocates of female colleges know this. Men who once joined men’s clubs knew this. Women don’t invite men to baby showers because a man’s presence would change the nature of the event, and furthermore, most men would be loathe to attend because of the nature of the event. Single-sex sports environments can provide some of the same unique goods that other single-sex environments provide.

I have no reason to think that Ms. Randolph will not succeed in her new position. I do, though, feel a twinge of sadness for the boys who, while they may be getting a knowledgeable and compassionate coach, are missing out on a tremendous gift: a coach who can not only teach them football, but more importantly, who can show them how to be men.