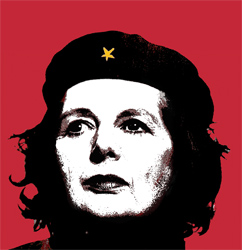 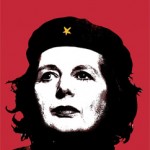 Some of you may recall John Medaille’s fine post of several months ago, “The Red Tories and the Civic State.”  In that post, John reported on the efforts of the British thinker Phillip Blond to fashion a new (old) way of thinking beyond the current Left/Right continuum in ways that echo the thought of, among others, Benjamin Disreali and G.K. Chesterton.  That post was among the most commented upon of any article on FPR, and attracted a comment of encouragement and appreciation by Phillip Blond himself. As a result of that comment and subsequent correspondence, Blond will arrive in the U.S. to lecture at Georgetown University next Thursday, March 18, followed by several panels discussing his work and ideas on the following  day. Thereafter, Blond will travel to Philadelphia where he will visit with other FPR stalwarts, Mssrs. Wilson and Shiffman, and where he will lecture at Villanova University. Information about the two lectures can be found below. Any and all readers are welcome and encouraged to attend. For those more far-flung, or locals who may have conflicts, a recording of his Thursday lecture at Georgetown will be available online a few days after the event on the Tocqueville Forum website.

(Allow me to take this opportunity to shamelessly plug this program which I direct – The Tocqueville Forum – and to encourage any Hoya readers among you to consider supporting through your alumni donations the good work of the Tocqueville Forum.  We are among the only FPR outposts in the nation’s capital – a contradiction in terms, perhaps, but an important presence nonetheless).

For those who would like to become more familiar with Blond’s views (very sympatico with FPR sentiments), see his essay “The Rise of the Red Tories.”

Is there an alternative to the monopolization of society and the private sphere by the state and the market? Phillip Blond will outline his vision of an Associative State: strengthening local communities and economies, ending dispossession, redistributing the tax burden and restoring the nuclear family.

Phillip Blond is the Director of ResPublica, launched by David Cameron MP in November 2009. Phillip was born and raised in Liverpool, and was trained as philosopher and theologian at the Universities of Hull, Warwick, and Cambridge. He was until recently a Senior University Lecturer in Christian Theology and Philosophy but left academia for politics and public policy. He first made an impact on British politics with a series of articles in The Independent and The Guardian and Prospect arguing for a new brand of radical conservatism – in which he allied social and relational conservatism with a transformative, Tory political economy, on which he will elaborate at his lecture.

RSVP for both events or either event
to Tara Jackson at tocquevilleforum@georgetown.edu.

(RSVP required for lunch on Friday.)

After the Market State

Blond will outline the vision that has increasingly captured the attention of Britain’s Tory Party in his lecture, “Red Toryism: What it means and why it is a genuinely radical alternative to the Market State.”