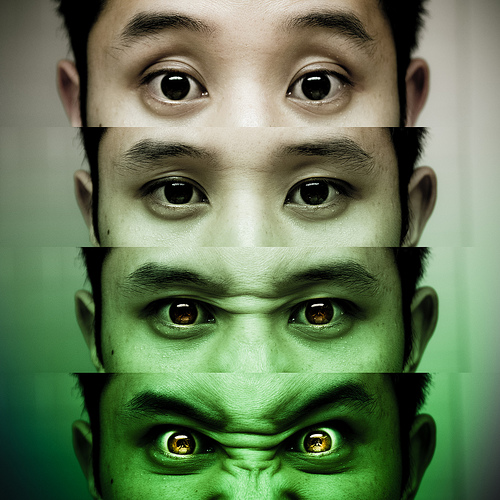 Henry County, Kentucky. The Kentucky Legislature is in session, and among the bills pending (and likely for passage) is one that would require all children to stay in school until age 18.  In a state always sensitive about its literacy rates and low test scores, the legislators want no more 16-year-old dropouts.  There has been some opposition to this bill (reports the Courier-Journal), including a Nelson County principal who told his legislator the measure would keep unwilling and disruptive kids trapped in the classroom.  But the majority is with Rep. Harry Moberly, a Democrat from Richmond, who thinks we all can agree that “there are no throwaway kids.”  The measure is now being considered in the Senate after passing the House March 4th with a vote of 94 to 6.

The principal is right, though:  some children must be left behind.

We are leaving them behind anyway.  We are not failing them anew by refusing to institutionalize them for another 24 months.  We have been failing them for years, on a long continuum:  we their teachers who have not taught them basic skills, we their neighbors who have not held our local schools to a reasonable standard, and we their parents.  Some kids are failed by their own bodies and minds.  When at 16 these kids can legally withdraw, they may land somewhere and make a life for themselves, or they may disintegrate.  But two more years are unlikely to make a positive educational difference either to them or to their classmates.  And we need to remember the classmates.

One of the standards for school success is a low dropout rate.  Yet what we need is a higher dropout rate—yes, even in Kentucky.  Graduating kids who cannot or will not learn the basics does not make them a success.  It makes us hypocrites, and gives them nothing more than a long, painful lesson in failure and cant.

A few years ago a young man named “Trey” showed up for a while at our Wednesday night kids’ Bible program at church.  His father was an alcoholic and not around.  He lived with his mother, her current boyfriend and some half-siblings, and she had long ago given up either advocating or taking responsibility for her son.  Trey has some kind of cognitive problem—a severe dyslexia, maybe, plus problems focusing his attention.  He couldn’t read a lick.  But as it happened, a friend of mine had tutored his older brother and taught this boy to read, so I guessed Trey was probably teachable, given the right method and a good teacher.

But if so the school had not figured out who or how, and now at age 13 he was on the cusp of being unreachable.  I knew at the time we had just a few months there at church to help him, and in that short window we failed.  He didn’t show up often enough on Wednesdays.  He didn’t want extra tutoring at school.  He was approaching the precipice of manhood, and was stuck at school all day as it was, and I couldn’t blame him for not wanting to try harder or to stay later.  The school pulled him out of most classes, since he couldn’t do the work, and gave him two teachers whose job it was to prepare him for the statewide test in the spring.  Instead of continuing to try to teach him to read, they walked him through the plot of Huckleberry Finn in order to prepare him for the test questions he would have to answer verbally.  They had to do this, because the school’s all-important rating is tied to the improved test scores of even its most difficult and challenged students.  Hence the school had every incentive to spend a lot of time and human resources to teach this kid nothing.

Alternative programs (or at least the hope of funding them some future day) are also mentioned in this bill, and that reminds me of “Jessica,” who several years ago lost her father to a sudden and early death, was unable to deal with her anger and grief, rebelled against the grandparent she went to live with, flunked out of regular and then alternative high school, and disappeared.  She found herself somewhere to live, got hired as a sales clerk, survived on her own, and is now back in touch with her family, employed and in college.  She has always been a good and bright young woman, with none of the learning disabilities Trey has, and a much more supportive family.  Still, no one was able to make this process go faster for her.  She had to work her tough luck out for herself.

Like my state’s First Lady Jane Beshear, I would like to see real “improvements in student achievement.”  Like Rep. Moberly, I want to live in a world in which nobody is thrown away.  I know that if my own children mess up I am going to take cold comfort in assuring myself that everybody makes mistakes.  But we can’t pretend all mistakes can be prevented by laws and programs, or that educating someone is like filling an empty cup.  Education requires many things, and among them is a teacher’s persuasiveness and a student’s willingness to be persuaded.  In the best cases you get inoculation—a good teacher can infect students with a love for knowing things.  But the students have to be willing.  It can’t be done perforce.

And for young people like Trey and Jessica, more of what has failed already is unlikely to be the fix.  Trey didn’t need more school.  The best hope for Trey was something like an apprenticeship, where he might find work, finally, that he could do.  He might have failed there too–very likely–but at least he’d be making a step towards adulthood, not locked in truant officer-enforced juvenility.  He might have found some motivation to try education again.  Unfortunately, at his age working rather than going to school was not legally possible, and soon, probably, it will be legally impossible longer.

I’m going to leave aside for now the case against compulsory schooling or discussion of any of the many problems of public (and often private) education.  I am arguing narrowly here against making a weak system worse.  To have the State of Kentucky force all kids to stay in school nine months a year till they’re 18 is not nurturing public policy.  It’s counterproductive, resource-draining, miserable for the kids who want out, and unfair to the other students who (more or less) want to be there.

Kids will tell you sometimes, with an eyeroll, that being in school is like being in jail.  For some of them, I think it really is.

What Was High School For Anyway?