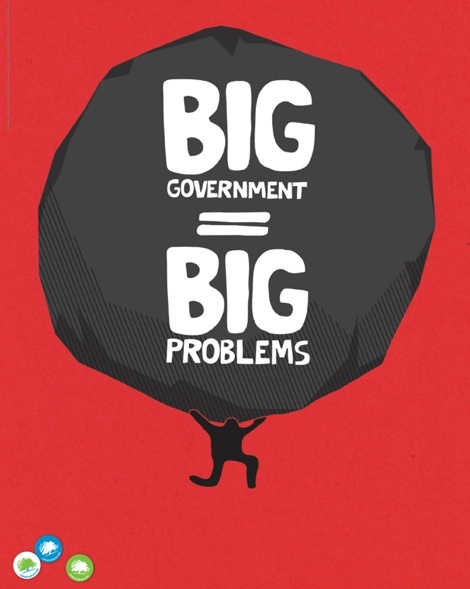 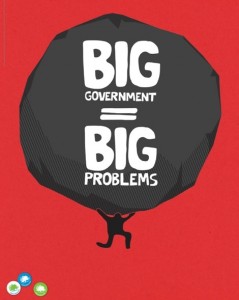 It was during a recent visit to see my father in Far North Queensland, Australia, that I learned how the Commonwealth understands subsidiarity. In a local radio call-in show, an area citizen attacked the Mayor of Cairns (pop. 100,000) for not preventing a spate of late night crimes. In true Aussie fashion, the Mayor dismissed the caller: “Sorry, mate, that’s not my job. All the police are State Police. You need to take that up with the folks down in Brisbane.” Brisbane is Queensland’s capital, of course, and a 22-hour drive south. In the fundamentally local policy question of public safety, decisions in Cairns and surrounding communities are being made at a distance comparable to that between the Empire State Building and Memorial Stadium in Lincoln, Nebraska.

The Brits never understood federalism.  Governing today that small “blessed plot” it could be argued that this fact is just the result of its limited geography. After all, even when one takes in Scotland, Wales, and Northern Ireland, the UK is only slightly larger than Oregon – why would you need that subdivided in to states or provinces, much less other institutional levels? But even in the days when the Kingdom possessed real political meaning – where “the sun never set” – the British government was immensely centralized. Lost is the genius of the American Constitution, which allow for different levels of government to both customize policy for varying cultural contexts and to be accountable to the public at the closest proximity. This fact impinges on communitarianism: after all, how viable is a “community” if it is left with few public problems on which to decide for itself.  Suffice it to say, there is nothing like the 10th Amendment in British governance. For communitarians a discussion of federalism should be of primary importance, as once local policy issues from land use planning to education are becoming increasingly regionalized and federalized.

I think, at root, this is the reason why I greet with suspicion the thought of Phillip Blond’s “radical communitarian civic conservatism” (his words) being translated into American.  I am arguing here that without a deep commitment to mediating political institutions – not just civic ones – Blond’s policy prescriptions border on universalist, or at least statist (at the highest level) in their application. Throughout his speeches and policy suggestions, a question gnaws: “A National Government is going to do all this?” From his call “to break up all the big-box retailers” to his push for controlling local government purchasing policies, communitarian ideas that would sound fine to me if carried out by a state government or a town planning commission suddenly appear oppressive.  I can’t seem to get the Orwellian thought of a “National Department of Bigness” out of my head – where everything is kept small and local…except the Department.

Most know that Blond and other Red Tories have been advising the Conservative Party candidate for Prime Minister in the UK, David Cameron. Cameron was present at the launch of Blond’s thinktank, ResPublica, and while he did not attend the release of Blond’s latest book, Red Tory, Cameron’s speech last week, which follows on a similar talk last November, announcing the framework for his domestic agenda – entitled “Big Society” – shows Blond’s unmistakable influence. As Daniel Johnson wrote recently in Britain’s Standpoint magazine: “There is no doubt about Blond’s debt to Cameron. Much more important is: how much does Cameron owe to Blond? On the strength of the Big Society speech, the answer is: quite a lot.”

I invite you to watch last week’s speech as well as reading the eight-page “Big Society” white paper. While I have followed Cameron for the last couple year’s, and liked him – even to the point of proposing him as a candidate to be our next Governor – I find the “Big Society” proposal to be a profoundly disturbing and internally inconsistent policy document.  How else can one describe a memo by a Conservative Party that celebrates Burke, Saul Alinsky, and John F. Kennedy’s first inaugural address (“Ask not what your country can do for you…)?

Broken up into three sections – public service reform, local community empowerment, and creating “culture change to support the work of neighborhood groups” – I want to focus here on these last two as they relate somewhat to the work I do, consulting with local governments and non-profits on deliberative policy-making processes. Here are some of the highlights from “Big Society’s” goal to “stimulate the creation and development of neighborhood groups in every area”:

And, finally, a call from our next Conservative leader: “Our ambition for the UK is clear: we want every adult in the country to be an active member of an active neighbourhood group.”

I’m not making this up. To be fair, there are some interesting policy proposals having to do with devolving funding to local civic organizations, improved accountability for public services, and turning over schools and libraries to civil society.  But as one who works with local officials regularly, several glaring lights – red of course – to these proposals appear.

One wonders if Cameron, et al. has ever read Alinsky.  I speculate when I see this later in the memo: “As in the US and countries around the world, these community organizers will help bring communities together…to address common problems.” Really? This is the man who once wrote, “If you have a vast organization, parade it before the enemy [aka, City Hall], openly show your power. If your organization is small, do what Gideon did: conceal the members in the dark but raise a clamor that will make the listener believe that your organization numbers many more that it does. If your organization is too tiny even for noise, stink up the place.” Will this be the mantra of the cadre of 5,000 to be turned loose on England’s towns and cities in the next few years? You want to do your civic duty and become a mayor or councilperson when 45 Nationally-trained, and initially, Nationally-sponsored “community organisers” show up in your shire? No thanks.

The “civic service” reform idea also sounds oxymoronic. The British are going to pay administrative staff to “volunteer” on local projects and evaluate their job performance based on this participation? Cameron seems to think that it is important that these “civic servants” set an example for the public, but I fail to see this result. If the fireman works in a local homeless shelter, who could be blamed for thinking that he’s just doing this to make chief?

At one time, Cameron called himself the “heir to Blair”, and reading through the “Big Society” paper one can see this continuity. Some might remember Blair’s ties to the left-communitarian, Amitai Etzioni, in the mid-90’s, which led to the creation of a similar sounding “Big Tent” domestic policy. In a 2000 speech, Blair said, “At the heart of my beliefs is the idea of community. I don’t just mean the villages, towns and cities in which we live. I mean that our fulfillment as individuals lies in a decent society of others. My argument to you today is that the renewal of community is the answer to the challenges of a changing world.” Blair, like Cameron, and Clinton for that matter believed in the “third way”, but Cameron has more fully defined it as nationally coordinated communitarianism.

Etzioni, too, finds federalism problematic. In his books From Empire to Community and The New Golden Rule, Etzioni seems to allow devolution of policy-making responsibilities only as a step towards greater centralization within a country or as a method of creating a “supranational communities”.  The “National” or “Federal” government always appears to be his default.  While celebrating the capacities of “communities” and civil society to promote the “common good”, the only other governing institutions that seem to exist in his philosophy are either national or supranational. Multiple levels of elected institutions with separate policy-making powers appear to provide unnecessary hurdles to Etzioni’s quest for the “civic state”.

Which brings us back to Cameron and his “Big Society”.  Left unsaid in Cameron’s prescriptions is whether directions like the “National Citizens’ Service”, and “neighborhood group” membership will be compulsory or just recommended. In reading this entire proposal, I am reminded by Tocqueville’s words: “A government can no more suffice on its own to maintain and renew the circulations of [associative] sentiments and ideas in a great people than to conduct all its industrial undertakings. As soon as it tries to leave the political sphere to project itself on this new track, it will exercise an insupportable tyranny even without wishing to; for a government knows only how to dictate precise rules; it imposes the sentiments and the ideas that it favors, and it is always hard to distinguish its counsels from its orders (ital. mine).”

To Tocqueville, it matters whether “Big Society” is coming from the top-down or bottom-up – and from what level of government. Contrary to the left communitarians like Etzioni, a robust federalism could improve communitarian policy by allowing for local flexibility, and ease its acceptance by allowing it to originate in more local (and often more trusted) governing institutions.  Cameron and the Red Tories are right to decry the evils of monopolistic capitalism, but without some federalist considerations, “Big Society” appears to attack it with monopolistic communitarianism.