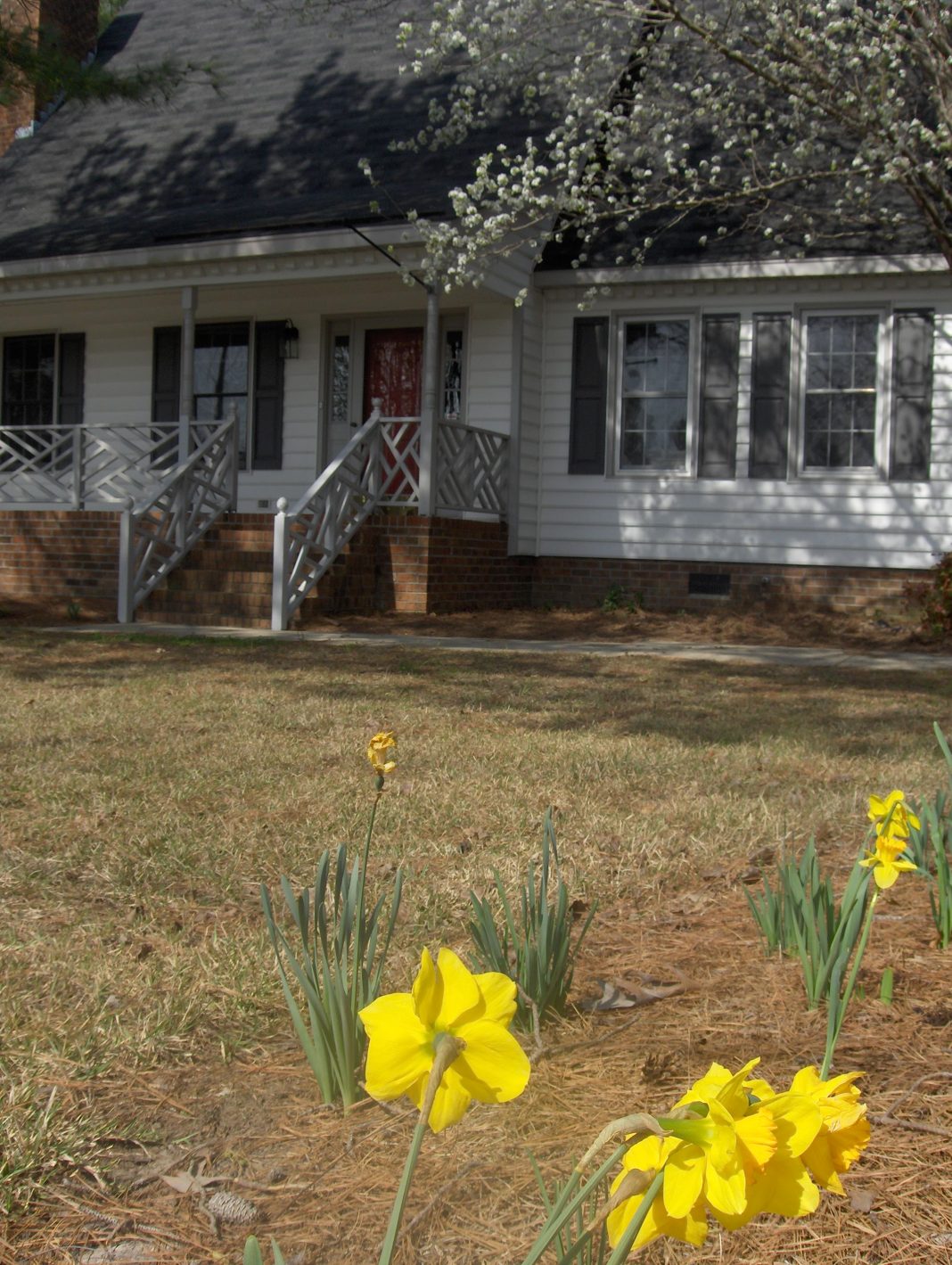 Devon, PA. In Four Verse Letters, I send off missives to each member of my immediate family on a handful of subjects: to my father, on the relation of art and nature in an age of unlimited making and remaking; to my middle brother, Jason, on the relation of lyric and story, memory and moment; to my mother, on the meaningfulness of things, the perceptions we call interpretation, and the meaning of motherhood; and, finally, I write my oldest brother, John, on the one finding and cultivating of family and home, a definitive turn from the making of art to the receiving-as-gift of life.  Each letter is divided into four sections (each section varies in length, but each letter is almost precisely the same length).  And so, below, I reprint the first section of my “Verse Letter to John,” one that as a whole describes the first four months of my family’s life in Greenville, North Carolina, where we had moved suddenly at the prospect of a tenure-track position, as I consented to play my part in the typical exodus of the mobile academic meritocracy.  Those interested in acquiring a copy of the limited edition printing of this little chapbook may be in touch by means noted after the poem below.

One of the first symptoms they discover of a selfish and mischievous ambition, is a profligate disregard of a dignity which they partake with others.  To be attached to the subdivision, to love the little platoon we belong to in society, is the first principle (the germ as it were) of public affections.  It is the first link in the series by which we proceed towards a love to our country and to mankind.

And we have sacrificed to the hearth gods—

Of whom we took possession earlier

Today, with the uneasy smile and nod

To accept without quite grasping the strict words

Of lawyers, and to endure our being bound

To banks that will outlive us.  We have poured

A bottle of our Michigan Riesling, drunk

It quickly to bear up amid the sense

That ownership of house, a plot of land,

All walls in need of spackle and fresh paint,

May turn out to own us instead.  We thought

To celebrate, propitiate, but now

Half beg forgetfulness of what we’ve wrought.

What’s more, the tastes of mineral in the wine

Conjured for Hilary the land and loved

Whom we have left behind for this burnt South.

To clean dead roaches and mouse droppings, and

Stacked photos of the old owners—all their junk

Ours by deed alone.  I hauled a trunk

Out to the curb this afternoon, packed dense

Textured to show the Carolina terrain.

To someone this was home; to us it’s crap,

To fit a place for lasting happiness,

But even given proper time the task miscarries

Littered or pawned-off rather than forgotten.

But drink we did, and watched The Quiet Man:

The TV on the hearthstone; us reclined

On an inflated mattress.  The show began,

With neither couch nor lamp, nor pictures hung,

And it beat back a bit the alien dark,

This talisman and ritual our Erhebung.

Soon Hilary and Livia were asleep,

The latter pressed into her mother’s side,

And I am left to think, within this place

Of outlets, stairs, and days of child-proofing;

Of fire ant hills that have us under siege;

Of hunger for the places we called home;

To wish the walls were painted white or beige;

To wonder if this house to which we’re tied

Will prove a hearth- or millstone; and to write

You, John, the oldest, first of all to marry,

The one most given to think and do what’s right

In the eyes of parents, customers, and State.

It’s you I think of now, I want to know

Not merely how to jimmy painted windows

But what goes in the making of a home.

Just over one hundred copies of Four Verse Letters (Franciscan University at Steubenville Press) are available for sale.  Please write me at fourverseletters[at]gmail.com, if you are interested in acquiring a copy for $10 plus $1.40 postage.

My First Book Published At Last