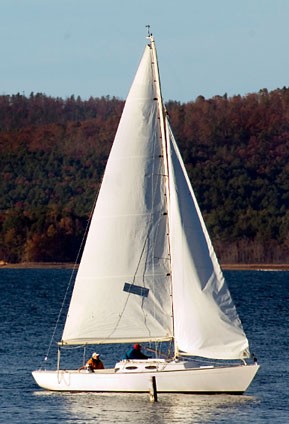 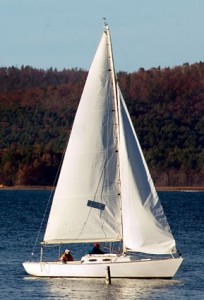 Adam Nicholson, author of “God’s Secretaries, The Making of the King James Bible” wrote a fine little book published by Harper Collins in 2004 entitled “Seamanship, a Voyage along the Wild Coasts of the British Isles”. The central story is rather pedestrian. Man meets Mid-Life Crisis. Man Gets Wife’s Permission To Dance With Said Crisis. Then Man buys a stout sailboat and embarks upon the rough seas that are a whole lot harder than his own nagging discontent. Despite the old formula, there are some sparkling human interactions in these quickly passing 177 pages. From the typical brutality of the sea and the emotions of two men cooped up on a boat from the coast of Cornwall to the Faeroes and all the little remote and rocky human outposts in between, one is struck by the essential fact that nature and the people of this world can still confront we moderns with the ethereal beauties of reality. When sailing, death and anguish are no mere abstractions.

Nicholson has you immediately on the “Auk” with him and when he stops at the monastic outposts perched magnificently at the former ends of the Western World, you intimately enjoy his time with the monks who are as otherworldly as their setting. But there is one random meeting that resonates and it is after a brutal storm near Port Magee on the rugged County Kerry Coast of Ireland. The chapter, fittingly, is entitled simply : “The Man” .

It seems that the authorities manage to save a fisherman and tow him into harbor, soaked to the bone within his little junkyard ark of ramshackle dishabille. The author, with his son and an old friend hired on as skipper see this seemingly desperate refugee in his sea-wrecked extremity and offer to cook the fellow some breakfast and dress him in warm clothes. They did not know that their charity would be so amply repaid. Aside from being a robust raconteur, the man, Herve Mahe, native of Breton, was a passionate philosopher and chef. After cooking them a remarkable lunch, Herve offers up a gargantuan truth that got me to thinking this Easter Week. He was directing his thoughts at the author’s son and the exchange is as follows:

“Adam, listen, no listen, you must listen………what is important in the relation of man to the world is the hand”.

To underscore his point, he held up one of his greasy, diesel-soaked , calloused meathooks and then grabbed Nicholson’s wrist and held both hands aloft for the son to ponder.

Reading this, I put the book down for a moment and looked at my own hands, callouses gone soft over the winter, a scar or two tracing across the fingers and it brought to mind another set of hands from long ago. Housed within Herve’s paean to the hand of man is the loaded imagery of the crucifixion. It is no wonder that we fallen mortals would drive a heavy spike through the opened hands of Christ, bloodily impaling him atop the rocky pate of Golgotha. We would end his life with us first by bloodily binding his hands.

The world is always and forever within our hands, hands that can lovingly caress and firmly clasp in honest greeting or pull a trigger to deliver death. Our hands are uniquely suited to the technology we create but when we devise new technologies that distance us from the immediacy of our environment and friends or serve to obscure the importance of our hand and its relationship to our mind, we might just as well crucify ourselves on a cross of mechanical oblivion.

On our road to Emmaus, backwards into a more productive relationship on this good earth with both our fellow and all the life of a planet beautifully adorned, it is the Hand that will loom as large as anything we possess. Ten fingers that can facilitate our independence but that can also reach their greatest lengths when clasped in friendship and shared purpose. These hands of ours, accouterments to the mind, they are at once, a vehicle of liberty and service. How perverse and reckless they are when rolled in the vestigial stump of a fist. Open your hands and you shall stare deeply into the possibilities of the human mind. Clasp another’s hand and these possibilities become unending.