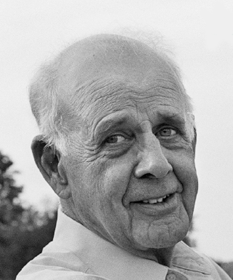 Tuesday was the last meeting of an upper-level course I’d designed this semester on theories of political economy, titled Capitalism, Socialism, and Localism. The class went well for the most part, I think. I began with a general introduction to the historical roots of the modern marketplace, concentrating on Western Europe and the decline of the feudal order, the rise of centralized nation-states, and the conflicts and struggles which came along with those drawn-out, wrenching transformations (the peasant revolts England and Germany, the enclosure acts and rebellions, etc.). Then it was, to a degree, by the numbers: Rousseau, Smith, Bentham, Marx, Mill, Spencer, and then a rush of 20th-century theorists, economists, and activists: Keynes, Schumpeter, Hayek, Walzer, Cohen. Hayek (whom I’d never taught extensively before) went over very well with the students; Keynes too (though, of course, this video helped). But the fellow that I most wanted the students to really get, and which, I think, only a few of them did, and then only partly, was Wendell Berry.

I’m not terribly disappointed; I came to realize, as we plowed through the final weeks of the class, that most of the students were burned out from the large amounts of difficult reading that I’d given them–and moreover, that introducing the ideas of Berry–who is first and foremost a localist and agrarian; beyond that, depending on how you read him, he’s a bit of a distributist, pacifist, traditionalist, socialist, communitarian, anarchist, and New Deal Democrat as well–needed to be set up better, perhaps by reading some of his fiction before examining his ideas. Because, kind of like starting off the whole parade of theorists with Rousseau, his view of the world presumes, or puts into question, or both, a huge range of values and beliefs, some of which your typical modern American university student fervently accepts, and some of which are some deeply embedded in our socio-economic and political order as to require some real excavation and imagination to even be able to present as issues of discussion.

For example, the very notion of “local knowledge.” Living in Wichita, Kansas–which is a wonderful mid-sized city (Melissa and I love it here), not at all busy, global cross-roads for business and innovation–I have a fair number of students with agricultural backgrounds, as well as a fair number of students who have roots in this part of the country going back a couple of generations or more. (Frequently, and not unexpectedly, these groups often overlap.) Sometimes I am able to get some of these students to nod their heads in recognition when I attempt to sketch out the kind of knowledge which being in a particular place, or inheriting a particular vocation, makes possible. Berry, of course, is not the first or the most philosophically eloquent of the defenders of traditions of local knowledge; I ended up making use of arguments drawn directly from the works of Alasdair MacIntyre and Michael Polanyi to elaborate the idea of what it would mean–structurally, politically–to be able to make moral judgments about and exercise real responsibility over economic life…an idea which neither of those others, nor anyone else I am familiar with, has expressed with such fervor as Berry does in passages like this:

The dilemma of private economic responsibility, as I have said, is that we have allowed our suppliers to enlarge our economic boundaries so far that we cannot be responsible for our effects on the world. The only remedy for this that I can see is to draw in our economic boundaries, shorten our supply lines, so as to permit us literally to know where we are economically. The closer we live to the ground that we live from, the more we will know about our economic life, the more able we will be to take responsibility for it. The way to bring discipline into one’s personal or household or community economy is to limit one’s economic geography (“Conservation is Good Work,” Sex, Economy, Freedom & Community, p. 39).

Perhaps I managed to plant some seeds that will develop in years to come…but for the moment, the connection between knowledge and tradition and places and economies was just, I think, beyond my students’ grasp: they are used to knowledge as a product, as expertise, as a credentialed matter which is locked into a scheme of individual experimentation, improvement, and choice. Even knowledge that is directly relevant to the preservation of small communities, or the defense of local economies, or the stewardship of the land is accepted by them, so far as I can tell, as a collection of methods and procedures and facts, all of which will be in fact even better served by expanding one’s economic reach, because that will mean–or so they accept, and the essential functionings of the world they know do not prove them wrong–even more opportunities for experts and others to put that knowledge to work.

Of course part of this is that they are young, smart, but not, for the most part, religiously or philosophically serious kids; the basic awareness that some knowledge is, and should be, zuhanden, something lived and ready-to-hand–which, in turn, implies a necessary concern for the sort of life and work and economy which does not disrupt the conveying of such ready-handed knowledge–is something that perhaps will come to them with time, with marriage and children and adult responsibilities (assuming that is the path they choose–there’s that word again!). But for our class, trying to carry these ideas over into the realm of political economy, attempting to make a point about limits, connecting the modern capitalist division of labor to the significance of what Berry recognizes as a “sort of divorce, in our economy, and therefore in our consciousness, between production and consumption” (“The Whole Horse,” The Art of the Commonplace, p. 246)…well, it was a hard row to hoe. My student were older students, mostly, looking to graduate, looking to travel, looking to graduate school and leaving Wichita (Washington DC! Los Angeles!) and finding careers in law and entertainment and government work that will disconnect them entirely from the traditions of local knowledge of their home town…traditions that, for the most part, assuming they could even identify any such (and, to be fair to them, in the global economy of today, hardly any city of any size can long maintain any in the first place), struck them as nice enough…for the people who choose such things. But they won’t be, probably, for them.

There was one element of our discussion about Berry that connected quite well though, I think. I took the students back to Plato, as the distinction he has Socrates make in The Republic between a simple city and a “feverish” one while discussing morality and justice (372a-373c). With a couple of exceptions they were all with Glaucon: Socrates first city was a pathetic, boring one, not one fit for individuals who want to live a life more fulfilling than that of animals. But many of them were caught, I think, as we saw where that change immediately led: to hunters, artists, nurses, nannies, hairdressers, barbers, poets, advertisers, actors, producers, prostitutes, savories, perfumes, incense, pastries, and more. This was the division of labor, in all its modern and complex–and, as Plato’s language clearly implies, superficial and exploitive–glory. Berry’s humble model for an agrarian economy may involve many unattractive things, in their view, but more than a few of them noticed that it would also mean the absence of certain kind of vicious and invasive busyness, a busyness which my female students, at least, recognize pretty well.

I’ve never hidden–either from my students, or on this blog–my contempt for a market which is “free” to align its avenues for the pursuit of profit so thoroughly at the expense of one half the population…the same half of the population which my four daughters are members of. The speaker here, Jean Kilbourne, is the author of Deadly Persuasion, a book which radically changed how my wife and I came to understand our responsibilities to our daughters in a media-drenched, borderline-pornographic, image-equals-virtue, everything-can-be-branded and anything-can-be-sold world. But the students didn’t need any half-traditionalist, half-feminist rants from me to get the point. One thing that truly is a benefit to young people in our fast-paced, skeptical world: they know when they’re being sold something, and they can recognize that much of that selling is not about making them better people, but rather just about making them even more dependent on those who will tell them what to buy and how to look. And with Wendell Berry, the man who begins the book I assigned to my students talking about “The Joys of Sales Resistance”…well, I think–or at least I hope–that on that lecture day, there was some real connection and learning after all.