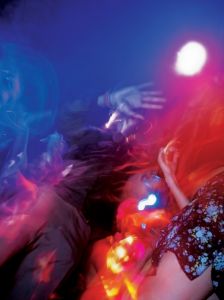 Claremont, CA. This summer, MTV will air the second season of Jersey Shore, a show that seemed to surprise everyone last year when it turned out to be the most-watched original cable series among 12-34 year olds.

(Apparently, it was a popular show in the White House as well: President Obama referenced the show in his remarks at the increasingly lamentable White House Correspondents Dinner last week.)

It’s hard to believe that this second installment of the series is going to have the kind of improvisational and genuine appeal that the first season did. The cast members needed to taste only a soupçon of fame before they started blinging up and booking appearances all over kingdom come, making MTV worried that the show’s “brand” could become overexposed. The network reined in their young stars, but not before it became clear that during the next season, we’ll be dealing with self-conscious divas, buffered by agents and bodyguards and mindful of the cameras at every turn – as opposed to the un-self-conscious divas of last season, who seemed unaware that anyone would watch what was being filmed.

And home-state pride compels me to lament the fact that the show’s second season isn’t even being filmed in New Jersey. Wanting to ride the wave of interest in the show, the folks at MTV decided the second season needed to be taped this spring – a time of year not fit for beaching in the Garden State. Instead, as I write this, they’re filming in Florida.

So before Jersey Shore: Miami arrives to muddy up the waters, I want to make a case that there is something serious to be learned from the show’s first, unrehearsed season. Specifically, I think Jersey Shore teaches us something about the tragic dimensions of the culture in which we live, and in which we raise young people.

But first: If you haven’t watched the show, the basic gist is that it follows a handful of twenty-somethings as they spend a summer at the Jersey Shore. These twenty-somethings are all strangers to each other, and all hand-selected by MTV. None of them are from New Jersey, but all of them claim to be “guidos” or “guidettes.” (It’s not clear whether all the cast members – I’m thinking of Jenni “JWOWW” Farley – are Italian-American, but the show has angered Italian-American groups for the clear play on stereotypes.)

On the model of The Real World, these strangers are put in a house, where they are largely cut off from their “real” lives and must try to get along with each other. Mostly, this means that they drink too much, get into fights, make out with each other, get into more fights, get hangovers, and then repeat the cycle. They use lots of bad words. That’s about all that happens, action-wise.

But what’s charming, and I think quite striking, about the first season of Jersey Shore is how almost all the cast members, at one time or another, let down their guard and admit that it sure would be nice to fall in love and settle down. Vinny can’t stop talking about how much he loves his mother, and how he hopes one day to find a girl who is as caring as she is; Ron, despite many early pronouncements about how summers are not the serious-relationship season, ends up in a serious relationship and waxing poetic about the power of love; and Nicole (aka “Snooki”) describes her desire for a “real” boyfriend or a husband on pretty much every episode.

(I should also say that, contrary to what you might imagine, this culture doesn’t result in people having lots and lots of sex; although plenty of the cast members lock lips with someone during the course of the first season, there is little sexual consummation. Mostly, it seems like everyone is too drunk to get that far.)

Snooki talks about this at length, on multiple episodes of the show. She wants to find that special someone, and she knows she is not likely to find him over shots of tequila at the kind of sticky nightclub that you have to be blitzed to be able to tolerate. But she keeps going to those clubs because she doesn’t really have anything else to do. She’s hitched to a culture that, for all its talk of beachside “freedom,” doesn’t give her many options about how to spend her time. There’s something about it that’s quite tragic.

It’s true that you can blame Snooki, or any of the other cast members, for their particular manifestations of idiotic behavior. Plenty of people do.

But doing so neglects the fact that, for so many of us, the essential dynamics of Jersey Shore life are not unfamiliar. Well outside the bars in which hair is “pouffed” and fists are pumped, American young people confront much the same choices – or non-choices – every weekend. I can personally attest, as a recent supervisor of undergraduate dorm life, that there’s not much different between watching events unfold on Jersey Shore and watching events unfold on the Princeton campus.

What the show did so well, I think, is posit the question: “What are the chances of finding love in a culture that seems to discourage love at every turn?” It’s the same question that, at a recent panel on my own campus, weighed heavy in the atmosphere. It’s certainly one of the great questions confronting American young people today.

I, for one, will keep tuning in with the hope that love will prove stronger than Jagermeister. I’m rooting for Snooki.

Love Is Its Own Justification: Wendell Berry and the Lure of...