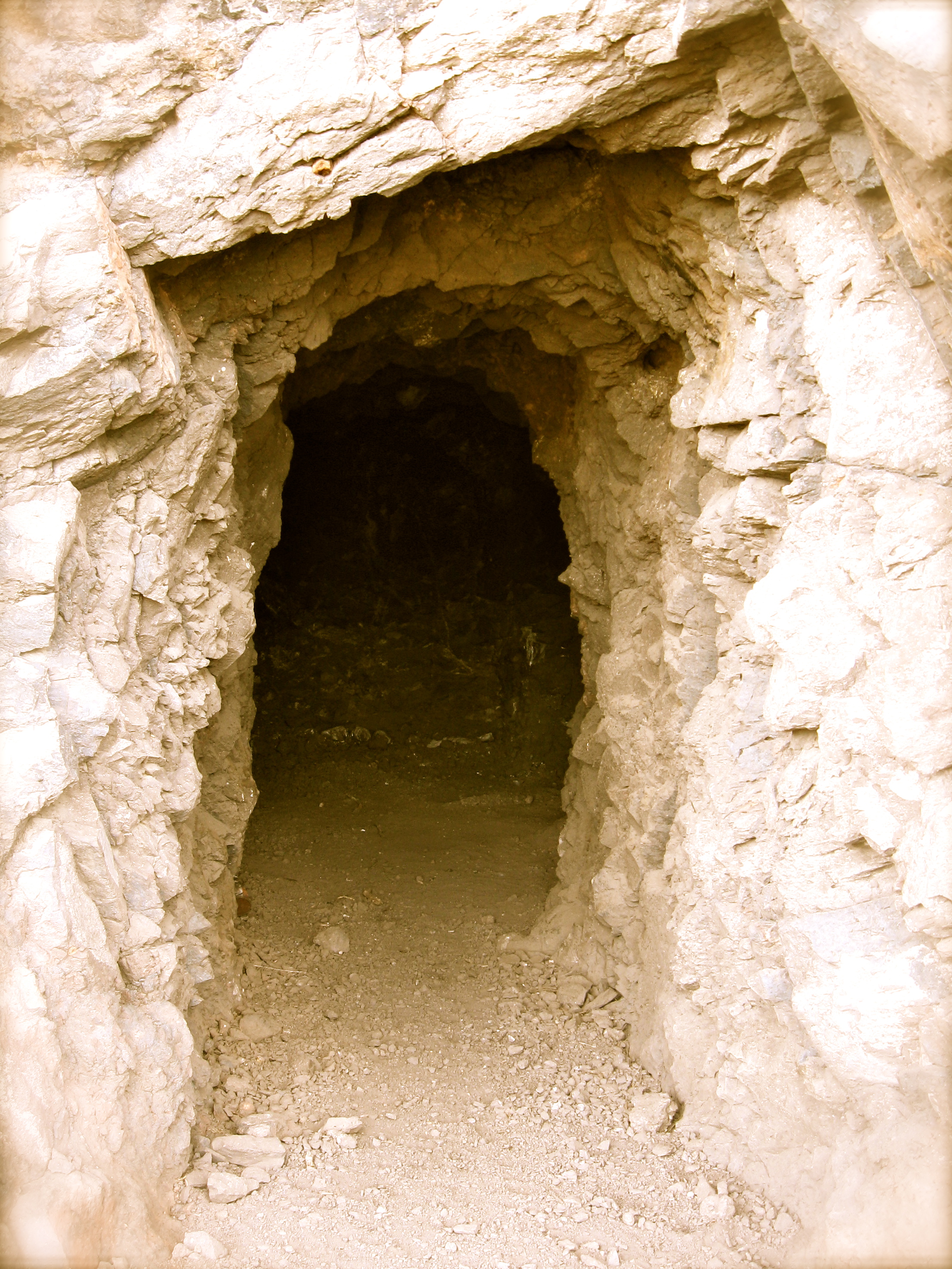 All I know about quicksand, I reflected, comes from Gilligan’s Island. The information I had gleaned from that lively educational program broke down thusly:

(1)    If you find yourself inexplicably sinking into the ground at approximately the rate of one to two inches per second, you are probably standing in quicksand.

(2)    If you are mired in quicksand and call for a rope from your traveling companion or “little buddy,” be sure to remind him to tie the other end to something.

(3)    Wear a hat. This is how you will later be found, dead or alive, by rescue personnel and/or your fellow castaways. Hats do not sink into quicksand.

This was the extent of my quicksand-emergency, mental-preparation kit. Fortunately, it didn’t seem to matter. With every step along and in the Hassayampa River, here in the stretch called “the Narrows,” my feet found solid, if sandy, ground. The Skipper’s fate (or was it Gilligan’s?) would not be mine.

The Hassayampa drains the high, ponderosa-pine-topped Bradshaw Mountains, which rise to a height of more than 7,000 feet north-northwest of Phoenix. For most of its 100-mile journey to the Gila River near the base of the Buckeye Hills, the stream runs underground. But for this little fourteen-mile stretch, it basks in the Sonora Desert sun. In the Narrows it even runs rather swiftly in places, though never deeply. My goal was to hike a short distance down river and enter a box canyon that allegedly entered from the north. On the way, I would have to wade and re-wade the river on numerous occasions to avoid the pinched-in, vertical canyon walls. There was always a beach to walk on, but it often shifted from one bank to the other.

On this early Sunday morning there was no one here but me and the birds. A shy Belted Kingfisher made it his business to stay about fifty yards ahead of me at all times, as if he was leading the way. And there were goats—not mountain goats, but three members of some domestic variety, perched a hundred feet above me on the steep-sided canyon wall. Peering down at me with minimal curiosity, they seemed every bit as nimble in their movements as their wild cousins. It made my ankles wobble just to watch them.

Since there was no trail, I hadn’t expected to meet any other hikers. But there were signs of pretty heavy 4×4 and ATV use of this area on my drive in. Good folk, most of them, but bane of my hiking existence. I again reproved myself: should have selected the Hassayampa River Canyon Wilderness area just a few miles away.

The explosive growth in wilderness-designated land is one of the modern desert Southwest trends of which I heartily approve. In 1975, when Edward Abbey published The Monkey Wrench Gang—the best American novel about manliness and modernity—Arizona had several hundred thousand acres of designated wilderness; now there are something like 4.8 million acres in 92 units. This includes the massive and stunningly arid Cabeza Prieta National Wildlife Refuge along the Mexican border, a favorite Abbey haunt. (Lonely Cabeza Prieta is marred today only by low-flying, and occasionally ordinance-dropping, Air Force jets. Want to know what it feels like to live in Afghanistan? . . .)

I am a decentralist, an anarcho-traditionalist. But don’t bother levying the charge of ideological inconsistency for my acceptance of—love of—federally designated wilderness lands. I plead guilty. I also claim Abbey as my authority. His writings have had much to do with this change in federal policy. Remember the “constructive, practical, sensible proposals for the salvation of parks and people” that Abbey offered in Desert Solitaire? They boiled down to no cars, no roads, and rangers who actually range—radical stuff for 1968. Today, Abbey has gotten his wish with the wildernesses, at least: in most of these, there is no motorized travel, very few roads or even trails, no amenities, no cell service, no screens, no keyboards. Just sanity-restoring, mind-broadening contact with Creation. “All nature is radioactive with a mysterious spiritual power that we do not understand,” writes Peter Kreeft. “Our ignorance in the face of nature makes us happy, deeply happy,” because we realize the limits of our control. Responsibility, as every executive knows, is a drag.

In the Arizona wilderness, one might also make contact with drug smugglers, at least south of the I-8/I-10 corridor. You’d be crazy not to carry a gun. The wilderness is wild.

It isn’t just the official wilderness that is still wild in the desert Southwest, of course. Last fall I went camping with my wife’s uncle on property he owns in the piñon-juniper country north of the Mogollon Rim.

“Any neighbors?” I asked.

“A few. On the land next to us is a trailer. Woman lives there with her husband—and her ex-husband, who just got out of jail a few months ago.”

Some things had gone missing from his property, so soon after we arrived, he walked over to the vintage 1970s RV he kept there and opened the outside generator door. Generator gone. Obvious tracks leading directly back to the neighbors’ property. As soon as night fell, we heard a generator begin to hum in the distance.

There was not much that could be done, at the moment. It was at least an hour back to anything remotely resembling civilization, and there was no cell signal out here. We were armed, but disinclined to pursue the matter through unofficial means. A man who will live with his wife and her new husband is capable of pretty much anything. He may even have low self-esteem.

This incident came to mind now, as I explored the Hassayampa. Scrambling around some scrub, I found a trail leading up to the south canyon wall, which was somewhat less steep here. Thinking that this might give me an opportunity to see the trail to my box canyon, I followed it. Five hundred vertical feet later, I found myself looking straight into a mine shaft. I proceeded carefully: some old coot could still be prospecting this thing. An unreasonable fear, no doubt, but stories of prospectors’ bullets whizzing by curious explorers’ heads are not uncommon in Arizona lore, even in recent years.

The Hassayampa River area is the site of some of Arizona’s most famous mining adventures. The famous guide and mountain man Pauline Weaver led one of the first prospecting expeditions up the Hassayampa in the early 1860s—and found gold nuggets strewn on the ground atop a low mountain they then christened as Rich Hill. Lower on the river, Henry Wickenburg soon afterward struck it rich with his Vulture Mine, one of the best-producing gold mines the West ever had. Even for the desert Southwest, the boom that followed was characterized by remarkable violence: an estimated 400 men were murdered between 1865 and 1880 in or near the new town of Wickenburg. Given that the town never had more than a few thousand residents (and still doesn’t today), this amounts to a homicide rate that makes Houston look like Mayberry. Wickenburg himself was screwed out of his share of the mine’s riches. On his eighty-eighth birthday, in 1905, he returned to the site on the Hassayampa where he had first camped. And put a bullet through his brain.

There is literary history here, too. In the winter of 1935–36, the English playwright and novelist J. B. Priestley lived on a Hassayampa ranch, writing in a little shack he erected right on the edge of the riverbed. He wrote a book about it: Midnight on the Desert: An Excursion into Autobiography, which is more or less still worth reading. “Less” because of the excursions into boilerplate, Dreiserian, socialist/progressive paeans to the New Man and the inevitable unfolding of his New Society. And “more” because of Priestley’s occasionally wise and moving prose. His observation that “this country is geology by day and astronomy at night” is poetry, perfectly evoking the landscape in just ten words. After the “enduring charm” of Arizona, he concluded, “To return to England is to feel like a man who is let down into a cellar after sunset.”

I thought about Priestley as I perched myself on a rocky outcropping and ate lunch overlooking the Hassayampa. Vulture Peak, site of Wickenburg’s mine, rose in the west. Then, from down river, came first one, then two jeeps, growling and twisting their way upstream. A few minutes later there came into view three more. For what purpose they engaged in this activity I tried to fathom. The pioneer Arizona prospector or cowboy, Priestley had reflected, might be narrow, but he could give “free play to the strongest instincts of man.” “He does not go to bed to worry himself sick about what the public, the debenture-holders, the board of directors, the departmental boss, will say. He does not feel like a piece of straw in a whirlpool. He does not grow fat and apoplectic, or thin and cancerous, at a desk, wondering what exactly it is that has wasted his manhood.” The 4x4ers seek to escape the whirlpool, I suspect. But like all of us, the marketers have stimulated and shaped their desires so that they remain slaves to the internal-combustion engine, expensive tires, and assorted other paraphernalia of the weekend desert rat.

I’m a slave, too. We all are. But we needn’t be perfect slaves—not as long as there is a quiet wilderness to remind us of the Real. As the jeeps rumbled by five hundred feet below me, they could not hear the canyon wren who serenaded the river with his beautiful, lilting song. The canyon wren serenades anyone who cares to stop and listen along the Hassayampa, who cares to stop and meditate on a landscape that has not and, God willing, never will be fully tamed, whether it is officially designated wilderness or not.

This isn’t romanticism: it’s the radicalism of moderate, common sense. “What is truly most valuable in the American West,” wrote Abbey, is that “here men and women and children can still enjoy the best of both worlds—the world of the human, the world of the pre-human. Civilization and wilderness. That is what we must preserve: both. To save what is good, to risk only what is unnecessary. The thoughtful conservative is always a conservationist.”

It was 20 Years Ago Today…Edward Abbey Lives!

A Day of Remembrance

Under the Mogollon Rim