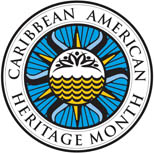 Philadelphia, Pa. I suspect most readers of FPR were derelict in not celebrating Asian Pacific American Heritage month during May. I for one was not aware that Asian Pacific Americans even had a month until I spotted a scrolling announcement atop the PECO building at 23rd and Market Streets in downtown Philadelphia. Nor was I sure what an Asian Pacific American was. The Library of Congress, a purveyor of much useful information, was quick to assist me. It turns out that Asian-Pacific denotes descendants of the Asian continent and the Pacific islands of Melanesia (New Guinea, New Caledonia, Vanuatu, Fiji and the Solomon Islands), Micronesia (Marianas, Guam, Wake Island, Palau, Marshall Islands, Kiribati, Nauru and the Federated States of Micronesia) and Polynesia (New Zealand, Hawaiian Islands, Rotuma, Midway Islands, Samoa, American Samoa, Tonga, Tuvalu, Cook Islands, French Polynesia and Easter Island). The LoC’s website concedes with remarkable understatement that Asian Pacific American is a “rather broad term.” I’ll say.

Way back in 1977 Representatives Frank Horton of New York and Norman Y. Mineta of California introduced a House resolution that called upon the president to proclaim the first ten days of May as Asian-Pacific Heritage Week. Senators Daniel Inouye and Spark Matsunaga, both of Hawaii, followed with a similar bill the following month. Jimmy Carter signed the joint resolution into law in the fall of 1978. In 1990 George H. W. Bush extend the fun from a week into an entire month.

Ironically, the month of May was selected because of its associations with Japanese immigration to the United States – the month in 1843 when the first Japanese came to the United States, and in 1869 the month when work on the transcontinental railroad finished. This strikes me as ironic since several of the Asian groups herded under Asian Pacific America – notably the Chinese and Koreans – have unpleasant associations with the Japanese. But the dark side of ethnic identities outside the United States rarely troubles the designers of these efforts to celebrate hyphenated identity in a land of immigrants. Lumping Koreans and Japanese under the designation, Asian-American, is akin to calling Irish immigrants Anglo-American. It is also a reminder of David Hollinger’s brilliantly funny observation that multiculturalism in the United States has managed to do to the Irish what four hundred years of British rule could not.

Mind you, I have nothing against immigrants or people of ethnic backgrounds different from mine. Why, I even have friends who are Asian Pacific American, though I used to think of them as only Asian-American. What strikes me as odd is the way that national leaders try to include peoples of diverse backgrounds within the United States. If you take a look at the Archival Research Catalogue of the National Archives you will learn that Asian Pacific Americans do not have May to themselves. They must also share the month with Jewish Americans. This appears to be needlessly cozy since four months – January, April, July, and December have no ethnic heritage to give them identity. Instead, they are punctuated only by Martin Luther King, Jr. Day (Jan. 15), Earth Day (Apr. 22), Independence Day (July 4), and Bill or Rights Day (Dec. 15) and Winter Holiday Season. Meanwhile, African Americans have to share February with the birthdays of George Washington and Abraham Lincoln. Women, Irish-Americans and Greek-Americans need to compete for air time and beer during March Madness. Then Caribbean Americans have June all to themselves, as long as they don’t mind waiving the American flag on June 14th.

Summer ends with August as Back to School Month, a perfectly sensible theme but hardly on the cutting edge of identity politics. Summer winds down finally with Labor Day and Constitution Day in the first half of September, thus forcing Hispanic-Americans to wait until September 15th to start their heritage month, which runs until October 15th. But October is hardly free from cultural clutter since in addition to Columbus Day and Halloween, Polish-, German-, and Italian-Americans must find their identity time in the October light of early fall. Indian Americans have November all to themselves as long as they don’t mind the glare of television lights diverted to Election Day or the observance of Thanksgiving Day, a time when Americans become a tad romantic about the relations between English colonists and Native Americans.

That’s a busy annual calendar. And I thought the liturgical year was demanding. In fact, the multicultural calendar of the United States is remarkably free from the holy days that give school children and teachers a significant break at the end of the calendar year, and a week or so off during the spring.

Aside from the hectic pace of the cultural calendar, what is legitimately troubling about these months is how little they have to do with blood or kin and owe much more to the nation-states that put the stamp, for instance, of Italian, Asian, or Irish on people groups that existed before a national (and related linguistic) identity. Families are one thing, and the more that the United States can affirm and empower family identities the better – hey, how about Hart Heritage Month? But to celebrate in the United States an identity derived from a different nation’s sovereignty seems dumb. Atom Egoyan made this point astutely in his poignant film about the Armenian genocide, Ararat. When two characters in the film – one Turkish-Canadian, the other Armenian-Canadian, who have been working on an epic movie about the events of the 1910s (a film within a film so a little confusing) – discuss off the set how much the Turks treatments of the Armenians matter for twenty-first century citizens of Toronto, viewers gain a real sense of how irrelevant the claims of those old national polities are upon the nation of Canada and its citizens.

Does this mean that modern residents of New World nations should be oblivious to the histories of their families in other parts of the world? Of course, not. But when New Worlders are more concerned with the Japanese side of their identity than the ways and stories of the Matsunaga clan, then the politics of identity really have become political.

I know the multiculturalists in the United States mean well. I hope they recognize that I do also. But nations celebrating other nations or continents recognizing other continents is something best left to diplomats and geographers, not to the culture industry of the greatest nation on God’s green earth.