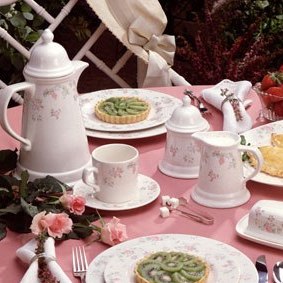 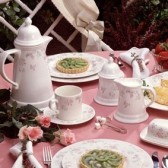 Yesterday I attended the 2010 Bradley Institute symposium entitled “Tea Time: Can There be a Populist Conservatism?” The symposium featured former House Majority Leader Dick Armey, Rep. Mike Pence (R-IN), Jonah Goldberg and Michael Barone, and was moderated by Bill Kristol. This event came on the heels of a similar roundtable sponsored by AEI entitled “Are Tea Parties the Future?,” featuring, among others, Ross Douthat (video of the event is here; a summary is here).

While participants in the AEI event were largely analytic in their assessment of the Tea Party movement, there were undercurrents of a concern over how helpful the Tea Party movement might be for Republican electoral prospects, concerns that were more fully visible as roiling waves at the Bradley Institute symposium. What was particularly striking about the yesterday’s Bradley Institute event was the effort to harness and even tame the Tea Party movement, in particular to make it safe for the Republican party. With the exception of some opening throat-clearing by Jonah Goldberg – who noted in passing that Populism had not always or even often been consonant with Constitutionalism, or at least his idea of what that was (I would disagree with his claim, and note that the Populists advanced a more Jeffersonian, and anti-Hamiltonian, understanding of the Constitution) – there was a quick chorus of agreement that the contemporary Tea Party movement is a VERY GOOD THING, that its main aims are a restoration of the Constitutional system as was intended by the Framers, especially the restraint and reduction of centralized government power. It was argued by a number of the panelists that the Tea Party movement had come into being in order to restore the Republican party to its true principles and that those principles were utterly consonant with the Constitutional order as established by the Founding Fathers.

What struck me during the proceedings was the utter preposterousness of this claim. What went entirely unmentioned was the fact that populism for much of its history was a Left political movement that aimed above all at the restraint not necessarily of Government, but upon depredations of private industry – especially the financiers and Railroads (replace “Railroads” with “Big Oil,” and you see how far we’ve come). Strikingly, throughout the two-and a half hour discussion, it wasn’t suggested once that Tea Party populism might have a legitimate anti-corporate animus. Even as some of the participants noted that the Tea Party anger became visible first during the TARP bailouts of “too big to fail” banks, every participant interpreted these origins to mean that this anger should be understood solely and exclusively as directed toward and against Big Government (and solely as support for the Republican Party). Several times during the discussion it was claimed that the Tea Partiers sought to roll back the regulatory State so that free enterprise could flourish. Rarely has the spinning been so furious, even in the heart of Washington D.C.

Also amusing were the now knee-jerk efforts by the Right intelligensia to pin all that is bad about America on the Progressive movement, that infestation upon the pristine perfection of the Constitutional order. What went unmentioned in that regard was that at least as many Republicans advanced Progressivism as Democrats. What’s more, Progressives were as prone to praise the Founding Fathers as were members of the panel, and shared a similar set of sympathies, seen in particular in Progressive-era praise concentrated particularly on Alexander Hamilton and his vision of an “American system” (Progressives were also quite often hawks on American imperialism, another interesting family resemblance with members of the panel). As I’ve argued elsewhere, it’s far from clear that the Progressives are antithetical to the Constitutional vision of (some) Founders, and that there’s far more continuity between the Founders’ and Progressivism’s vision of a centralized, powerful state. on the one hand, and Anti-federalist and Populist criticism of public and private power, on the other.

It’s clear that these participants hope that the anger of the Tea Partiers will be the vehicle by which Republicans return to power (in Washington, of course), and by which they can continue to denounce “Gummint” even as they remain cozily ensconced with the corporate interests that it’s clear they were seeking to protect. Before my eyes I was witnessing the Washington establishment’s remarkable facility to absorb all potentially radical movements that could potentially take aim at the heart of centralized power, to defang their threat to the Power Brokers by redirecting the energy of that movement toward an object (Big Government) that will not truly be restrained without corresponding restraint upon the centralization of all power – public and private.

What also struck me is how the Left has been entirely inept at harnessing the anger of the Tea Parties against those very corporate powers. While the anger of the Tea Partiers has been directed both at politicians and financiers, in the main that anger has been manifested as a form of enraged and often scatter-shot fury at all politicians of whatever party. As I’ve suggested elsewhere, I take it that this is because the Tea Partiers at least implicitly understand that for all of its tremendous shortcomings, the political realm is still at least partially responsive to political pressure, whereas massive corporations have become increasingly shielded from most forms of public pressure. Yet, it’s striking how feeble and ineffective have been efforts by leaders on the Left to harness and direct this anger at those massive institutionalized concentrations of private power. If TARP was the catalyst for the Tea Party anger, then arguably the anger should be directed at least as much toward Wall Street as Washington. But, most notable Tea Party protests to date have been on the National Mall, not in downtown Manhattan.

The reason is not only the relative inaccessibility of the Corporations (Michael Moore’s efforts to enter several Wall Street firms to “get back the people’s money” in Capitalism: A Love Story, while obviously snarky and mostly for dramatic effect, also made the very real point that the people working in these enterprises are largely inaccessible. By contrast, there were many scenes in that film of Moore at least talking with, if not interviewing at length, political figures – especially the wonderful Rep. Marcy Kaptur, D-Ohio).

Rather – as Kaptur’s piercing critique of the leadership of her own Party suggests – a major additional part of the problem lies in the nature of the contemporary Left itself, which has become as captured by corporate interests as their cheerleaders on the Right. It’s amusing to watch pundits and the commentariat demand anger from President Obama. Obama was elected for being “cool,” not angry; he was admired by the professoriate not for his radicalism, but for his comfort with the meritocratic elite that the universities today foster and serve; he was embraced by the financiers of Connnecticut (and other blue states) not for the threat he posed to their livelihoods, but because they understood that he was one of them. He had signaled as much early in the campaign when, having suggested to Michigan voters that NAFTA should be revisited, he simultaneously and quietly sent an aide to Canada to reassure them that he had meant no such thing (and, apparently, Hillary Clinton offered the same reassurances to Canada. So much for electoral choice). To replace Henry Paulson, Obama chose Tim Geithner, another Wall Street lackey, and made sure that his administration continued to have ample representatives from Goldman Sachs. As has been amply documented, Obama has surrounded himself with members of the corporate and Ivy-league elite.

Thus, when it’s widely demanded that Obama should “get angry” at Wall Street or BP over their misdeeds, there should be no surprise when the anger that he can muster is entirely feigned and badly performed. It’s downright laughable to hear Obama and various spokesman explain that they are angry – often describing in detail the ways that they express their anger – without ever offering a persuasive and genuine expression of populist fury. That’s because it’s doubtful that there is a populist bone in his body, and perhaps not in his entire administration, an administration long comfortable with America’s meritocratic elite, that class occupying positions of power in our major financial, corporate, and educational institutions.

In the absence of a genuine populism, what we are offered instead are efforts directed by so-called conservatives from Washington D.C. to harness the populist anger for electoral ends ensuring their return to power in Washington D.C. What is being forestalled is that this anger be directed at the profane concentration of power today – public and private – and especially the obvious collusion that has come to exist between our Government and Corporate elite. We instead witness efforts to rewrite history, telling us that widespread populism will help to get the Republican party back to its roots (last I recall, William Jennings Bryan ran against William McKinley and Mark Hanna. Those roots have long shown a collusion between the Republican party and big business) and that its angry edge is born exclusively of an anti-government animus.

A genuine populism awaits a genuine populist leader, someone who does not seek to de-claw a more radical critique of the current arrangements, even to show it a path to a better radicalism of more local self-governance – political and economic. The tea party movement – born of righteous indignation about our system of Socialism for the Rich – deserves better than it is getting, though is showing signs of being easily co-opted by the usual DC gang. Let’s hope hotter minds prevail.