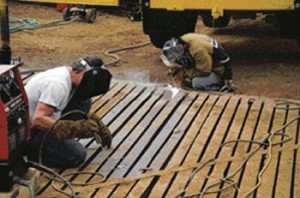 Lovers of Hawaii know that the word “aloha” can be used as either a greeting or farewell. So it was logical to ask when one of the great acts of community-based self governance took place on the island of Kauai last year whether we were bidding adieu to the once powerful notion of participatory determination, or welcoming a new era where cash-strapped local governments are increasingly convening their residents to address policy problems they can no longer handle alone. It’s been almost exactly a year since the “Miracle at Polihale” occurred, and the answer to the “aloha question” is now clear: we are entering a “new normal.” This should be important to communitarians of all stripes, because as some (albeit a minority) wrestle over government-based solutions – from civics education to volunteering policies – that will engender a deeper citizenship, most of these “push” strategies are being obviated by the “pull” of a historically unique set of fiscal and demographic factors.

Though piteously under-reported, most have heard the story about Polihale State Park on the southwestern corner of Kauai.  Home to one of the best surfing beaches in the world, the park was almost completely destroyed by a tropical storm, which blew through the area in December, 2008. As a State Park, it fell under the jurisdiction of Hawaii’s Department of Land and Natural Resources (DLNR), which dutifully sent out its engineers to survey the damage the following January. Their report estimated that it would take $4 million, and at least a year to repair the central road in the park, which connects the entrance to the beach, and the parks bathroom facilities.

The popularity of the park has stimulated an array of local businesses from restaurants to kayak tour companies – all depending on the park for their livelihoods. So when the DLNR returned to the area to convene a “public workshop” around their proposed solution, residents could be forgiven for wanting to deliver a “Hawaiian punch” to the noses of government staff. As reported, Ivan Slack, owner of Na Pali Kayaks, which operates from the beach in Polihale summed up the community’s frustration: “We can wait around for the state or federal government to make this move, or we can go out and do our part.”

Their “part” was not to travel to Honolulu to demonstrate for their “rights” to more responsive government services in some Alinsky-ite upheaval, but to actually create a plan as to how they were going to open the park themselves. Assembling a team of volunteers including local construction companies and a steel company, they developed that solution and submitted it to DLNR. With over $200,000.00 in donated materials and hundreds of hours of volunteered time, the project, which began in March opened the park in less than two weeks. As Troy Martin from Martin Steel which provided machinery and five tons of steel at no charge, put it,  “We shouldn’t have to do this, but when it gets to a state level, it just gets so bureaucratic, something that took us eight days would have taken them years. So we got together — the community — and we got it done.”

What happened in Kauai, while conspicuous in scope, is not anomalous. From Colorado Springs to New Orleans local governments have established “BYOM” (“Bring Your Own Mower”) programs where residents are assuming responsibilities previously undertaken by parks department employees.  Privatization of services has certainly been one response to over-committed governance, but many fiscally-challenged municipalities are inviting volunteers to keep libraries open, support local police departments with neighborhood watch efforts, and tutor local school kids.

Of course, many of these types of programs have been in existence for years, but what makes the current shift different is the economic and fiscal environments in which local governments are making these service-cutting decisions.  Unlike earlier recessions where a short-term “hunkering down” would sustain municipalities, increased service commitments added to the retirement of Baby Boomer employees with outsized benefits packages has created what local government expert, and former Indianapolis mayor, Stephen Goldsmith has dubbed the “new normal.” He defines this new condition: “Government at all levels now faces an inescapable reality – the promises of public services exceed our ability to pay for them – and will do so regardless of when the recession ends. The steady increase in the quantity and cost of public services, coupled with the needs of an aging population and public pension costs have produced a long term, structural deficit.”

While Goldsmith can be dismissed by some as an opportunistic conservative, an increasing number of liberals are reaching the same conclusion. In a startling opinion piece,  for the Los Angeles Times, entitled rather bluntly, “We must shrink city government,” LA Mayor Antonio Villaraigosa echoed Goldsmith: “The recession has exposed structural budgetary problems that have existed for many years and that will not be ameliorated when the global economy recovers [emphasis mine]. Quite simply, for many years the city of Los Angeles has been spending more money than it takes in.” Note that Villaraigosa does not see this as a taxing problem, but a spending problem. He concluded his Times’ piece by demurring, “I know how profound a statement it is for me, a former labor organizer, to say that in order to solve our structural deficit problem. We must significantly shrink our labor force”.  As the City of Angels works through a $400 million deficit, Mayor Villaraigosa has unequivocally stated that the relationship between Angelenos and their city government will fundamentally change.

This retreat towards “core services” has become the major imperative of local governments throughout the country.  Public sector offerings like muni golf courses, museums, convention centers and parking built and maintained during the “fat years” of the 80’s, 90’s, and early 2000’s are, of course on their way to auction and privatization, but as the “new normal” makes itself more apparent even the “core services” like public safety, education, and sanitation are being pared back. In Douglas County, Colorado, the City Council recently voted to charge kids $.50 each for their school bus rides.  Here in Los Angeles, the Council is voting to turn back the responsibility for sidewalk repairs to residents – a move that could cost some tens of thousands of dollars.

What does this all mean for communitarians?

First, it signals that the oft-decried “crowding out” by local, state, and federal governments of community-building local tasks – from educating our kids to public works projects – is receding…maybe forever. Even raising revenues will not overcome the coming fiscal tsunami of pension and benefit burdens accruing due to the retirement of Baby Boomers.  In San Francisco, for example, over half of the city’s workforce is due to retire in the next five years. Like never before, city and state governments are making decisions between current services and pension obligations. While some libertarians ruefully celebrate the deracinating of the Leviathan, only communitarians can develop the common sense civil society solutions to supplement services that the public legitimately wants, and, in many cases, needs.

Related, municipal governments are increasingly seeking public participation in service provision.  This is a new leadership skill for our local and state government leaders accustomed to have all the answers and service solutions. Born in the Progressive Era, this mentality is slowly, but surely changing.  But it also requires new, or better, old, definitions of citizenship. For decades governments have treated citizens as customers…a relationship most of us have welcomed.  Local policy scholar, John McKnight at Northwestern University has described, “The service ideology [in governments] will be consummated when citizens believe that they cannot know whether they have a need, cannot know what that remedy is, [and] cannot understand the process that purports to meet the need.”

In some significant ways we are returning to the comparison depicted famously by Tocqueville over 170 years ago: “Everywhere that, at the head of a new undertaking, you see the government in France and a great lord in England, count on it that you will perceive an association in the United States.” These sharp differences have waned since Tocqueville penned them, but the need to re-awaken the distinctly American trait of self-governance has never been greater. Will communitarians be ready?