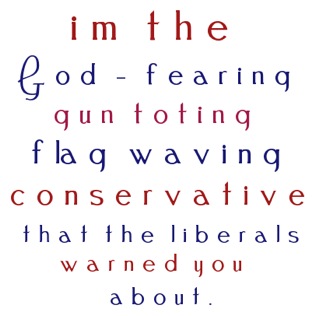 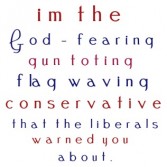 Hillsdale, MI. It’s really too bad that so many wimps are running away from the word “conservative.” It’s become fashionable. Now, don’t get me wrong. When Billy Kristol claims that the “Weakly Standard” is conservative, I at least chuckle. When Fox News is called “right wing” I giggle. When the psychiatrist Dr. Krauthammer positions himself as the moral spokesman of conservative foreign policy I break out in a sweat before I laugh, hard. If Iran is the contemporary version of Carthago, delenda est it’s probably true that “conservative” has lost a little of its meaning.

But only a little. “Liberal,” it is true, is a dead term. Think about Michael Dukakis in a tank, or Jerry Brown calling for a constitutional convention. Or to bring it up to date, think about Algore inventing the internet or Ted Kennedy as a venerable statesman. Once something in public life gets too funny, you must indeed ditch the label or get laughed out of serious discourse.

To “conserve,” however, is a fairly simple thing. While “liberals” and “progressives” keep changing what lovely things they see in the future, “conserving” means knowing what’s important and trying to save it. The opposite of “conservative,” in fact, has never been “liberal”; it has always been ideology. Ideology, as my friend the great historian Forrest McDonald says, is “dogmatic, scientific, secular millenialism.” It’s been around the western political world since the French Revolution. Ideology is older than that, of course, it is “we shall be as gods.” Conserving, its exact opposite, is understanding the order of creation, and trying as hard as we can to stay somewhere in its near vicinity.

It’s interesting that the term “liberal” was destroyed by its internal contradictions, carefully pointed out by both the right and the extreme left, while “conservative” is being challenged mostly by its own. There is some logic to this, because conserving can mean just saving what you had yesterday. All neocons, most Republicans, and a great many posturing pundits translate conserving into the last generation’s New Deal. Let’s not have Obamacare, but by golly FDR was a great leader, a defender of freedom and caretaker of capitalism, and Truman was a gritty cold warrior who saved Korea, and JFK, and LBJ, etc. To place Newt Gingrich on the right is enough evidence to take seriously the notion that we have all accepted political relativism.

Many of the journals and many of the men and women I admire most are trying very hard to distance themselves from “conservative.” But I ask you to take seriously a few fundamental things before you consider yourselves so cool or academically sophisticated that you must throw away another good word. To wit: To be an American conservative is to believe that first, there is an Order of Creation. Second, that God’s authority has given us an eternal contract between the dead, the living, and the yet unborn. Third, that this contract is expressed in the church, the family, and the local community. Fourth, that there is a constitutional arrangement in the common sense of things, limited in authority, that gave shape to these truths. Fifth, that a reasonable amount of individual freedom, based on the above, rewards enterprise and initiative. Sixth, that there is a duty among all citizens to defend, sometimes (not often) even militarily, all of the above.

None of this implies an ideological box. These principles do not predict for whom I would vote or what foreign policy initiative I would support. They do, however, exclude me from thinking that we will likely achieve some state of earthly bliss. And they do imply that I probably will not take kindly to high taxes, big bureaucracies, or people who show up at my door and say, “I’m from the federal government, and I’m here to help.”

Place. Limits. Liberty. Do these words have real meaning? I have often asked my ideological friends, “Is there a place you love? What would you do to defend it?” Or, “Is there a limit to what you would ask government to do? Name it, or at least give an approximation.” “Is there a better definition for liberty than the one in Micah 4:4?” But they shall sit every man under his vine and under his fig tree, and none shall make them afraid, for the mouth of the Lord has spoken it. This is, by the way, the definition of liberty that was overwhelmingly the one used in the early years of our republic.

Republicans, we must remember, have since their beginning been the party of Progress. Democrats, who in the generation of my grandfather Jim Fuller, were mostly conservative, have turned into the Nanny Party. The “flag waving” part of the image above probably doesn’t describe me. But just because politics doesn’t describe conservatives very well doesn’t mean that I won’t wear the name with as much dignity as I can muster.