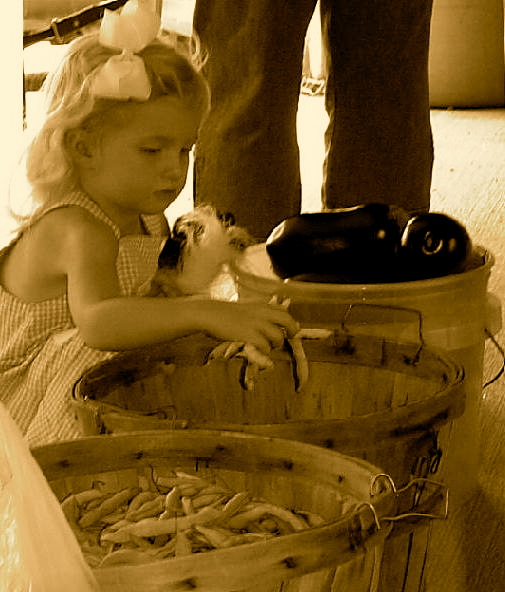 New Castle, KY. What makes a community?  What holds a community together?  I know of some planned communities built in our area that seem to try to replicate what I was lucky enough to grow up with in Henry County.  It is ironic that the economy and culture we live in makes it almost impossible for small towns, small businesses, and small farms to survive, then spends huge amounts of money trying to replicate what has been lost.  Or to convince the public that the entities that have run the small things out of existence are actually just as good or even just the same as what is gone.

I didn’t have to think much about community when I was young because I lived in one.  When Chuck and I got married in 1981, Henry County was not the self-sufficient place my parents and grandparents remembered, but it was a place where you could get what you needed. There was a good grocery store in every little town. There were hardware stores and clothing stores.  Every town had a good mechanic.  There were still soda fountains in drugstores and good little restaurants.  We had healthy civic organizations, emergency squads and fire departments.  These were run by volunteers, and the volunteers came from every part of our county’s life.

When I came back home in 1981, churches were still the main social centers for the county.  Services were held on Sunday morning, Sunday evening, and Wednesday nights.  I’ve known two churches well in my life, both in Henry County and both Baptist.  (“Moderate Baptist” we would say now, because of their open communion and ordination of women.)  I can speak with some authority about those churches, but I am guessing when I say that they were representative of other churches in our county in the diversity of beliefs held by the people of the congregation.  We shared Christian beliefs, but we differed in many other ways, certainly economic status and politics.  I’ve watched one of those churches struggle to maintain enough membership to continue, and the other implode.  Why did political and social differences, in just a few years, become more than could be tolerated?

I believe the change is agricultural, and is due to the loss of the tobacco program.  My father says it this way: “Our nationality was more or less American.  Our religion more or less Christian.  But our culture was largely determined by tobacco.  It was our staple crop, the cornerstone of our economy.  Because of “the program”–the federal regulations that limited production in order to control price—the tobacco market was the only market in which the farmer was dependably not a victim.  Though we practiced a diversified way of farming, our farming focused on tobacco.  The rhythm of our farming year, as of our financial year, was set by the annual drama of tobacco.”  I’m not defending tobacco; I’m saying that while we had the tobacco program we had a community-supporting economy.

In Kentucky, from the formation of the tobacco program in the early 40’s, every farm had a tobacco base.  This is the reason Kentucky is still dotted with small farms.  Tobacco farmers were not tobacco specialists. Tobacco was part of a diversified farm.  When Chuck and I started farming, besides raising tobacco we ran a dairy and raised hay, crops and a garden for ourselves.

Tobacco mattered to everyone, to everyone we went to church with, the business people who sold supplies to farmers, the bankers who loaned money to farmers, and on and on.  My point, finally, is language.  We spoke the same language.  We lived by the same work cycle.  Rural areas are suffering in almost every way, but to use again the example of the churches, I believe that we probably always were a congregation of people with very different views on a lot of things, but we shared enough essential things that those differences didn’t matter.  Now they do.

I am afraid that I don’t have much faith in “planned” communities.  Yet I don’t want to live without a community of people who honor the same things and understand our mutual need; who speak the same language.

When I begin to worry that too much has been lost, I look around for what is working.  That brings me to two beautiful farms just outside of Wheatley, in Owen County, Kentucky.  Teresa Biagi and Raphe Ellis own and run Hazelfield Farm.  They started with a fairly traditional tobacco farm that has changed over the years to a flower and vegetable farm.

Teresa grew up in Shelbyville, Kentucky, and Raphe in Owen County.  Both worked in tobacco growing up.  They bought Hazelfield Farm partly because of its large tobacco base.  (The base was what a banker would look at to make sure payments could be made.)  In the 80’s and 90’s quotas were cut a couple of times to keep supply and demand in check.  Most farmers leased other farm owners’ tobacco base to make up the loss.  Teresa used some of the tobacco ground to plant sunflowers, and so began what is today a thriving multigenerational family business.

After two years of taking flowers to markets, Teresa and Raphe added vegetables.  Raphe was able to give up carpentry and work full-time on the farm.  Teresa tends to the flowers and Raphe, the vegetables.

When the farm next door to them went up for sale, Teresa and Raphe bought it and soon Teresa’s daughter, Esmee, the child that Teresa thought would live in New York City, decided to move to it.  Esmee and her husband, Todd, now own it.  Both households are Hazelfield Farm.  But each takes care of its own business.  Esmee and Todd run a CSA and take vegetables to farmers’ markets.  Teresa and Raphe raise vegetables and flowers for markets, weddings, and parties. (She did my own daughter Katie’s wedding recently.)  Teresa’s younger daughter, Seyward, who is married and a teacher in the Owen County schools, goes to markets for her mother in the summer.

It is hard for me to image a writer good enough to describe and do justice to these farms and the people who run them.  Both farms are hilly.  The top of the ridge they live on is used for their annual crops.  The hillsides are used for perennial flowers and kept in grass for livestock.  There are fruit trees.  These places are abundant.  I know from experience how hard the work is, and the kind of stress this family has to deal with.  But you will find a kind of peace that transcends such difficulties when you spend time with people who are doing what they love and what they are good at, and know it.  I asked Teresa why this has worked out so well for them and she replied, “I love flowers and Raphe loves vegetables.”  What Teresa and Raphe have accomplished because of their great good sense and their willingness to be content is hopeful.  Their language is hopeful and would be recognizable to any tobacco farmer of the last hundred years.  But now they are talking about food.

I believe that community is based on real need, not just pleasant social occasions.  People need food, and more and more people know that they need local food and the farmers who raise it.  When cities invite the people of Hazelfield Farm to their markets, support them, and are grateful to them–when all the participants in this economic exchange understand all that is involved, they begin to speak the same language, and community has a chance.