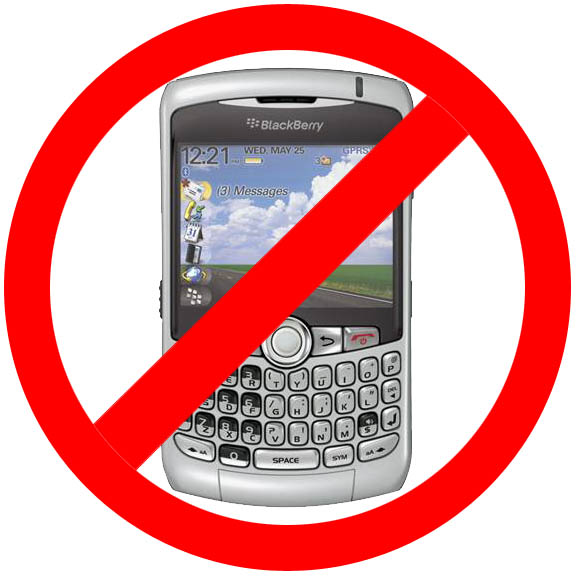 Kansas City, MO. Some months ago I wrote a column bemoaning the invasion of smartphones as digital distractions – things that kept us from being alone with ourselves, our thoughts, and our neighbors.  I ended the piece with a resolution to unhook myself from my six-year Blackberry addiction.  Lest I think myself unique in my resolutions, NPR’s Morning Edition some weeks ago featured a story on Hamlet’s Blackberry, a book by a father who forces his family to take “internet sabbaths” by turning off the modem on the weekends.  It is in the zeitgeist, no doubt.

As I have coordinated with my employees the logistics of how to communicate with me sans Blackberry, I have also been taking practical baby steps by restricting my personal email.  I started small.  I cut off Blackberry access to my personal Gmail accounts.  Gmail has an application for the Blackberry Storm that allows you to access multiple Gmail accounts (of which I have 4 – all differently purposed).  When I deleted this app, it meant that for the first time in almost two years, I didn’t have access to my personal email until I got home from work (I didn’t allow myself to check it while there).

The first week was fascinating.  I periodically checked the phone in my hand for the mail that wasn’t coming.  I had deleted the application so I didn’t know whether I had new mail, but the vestigial reflex kept prompting me to check.  I was reminded of the first month after I got Lasik, when I kept touching the bridge of my nose, my muscle memory adjusting the glasses I no longer wore.

In that first week I still faithfully checked my email twice a day and I found that this regimentation allowed me to be more efficient and thoughtful with my responses.

After three weeks, I actually didn’t check my personal email for a day or two.  And the world didn’t end.  In fact, I was perfectly fine.

As this breakthrough happened, I realized something deeper about the way we use phones – not just the smart ones:  we are their slaves.  We jump whenever they call because we never, ever turn them off.  They only get turned off if we run out of battery life, and even then we become desperate for a charger and can think of little else until our depleted child has the charging indicator safely blinking and is serenely drinking its electronic milk.

We have allowed ourselves to become 24/7 radio beacons.  We are always on.  Always ready to transmit or receive.  There is a nervous habit that the younger generation has of checking their cell phones every 90 seconds or so.  Just watch them.  They didn’t hear a text message notification, but they are checking their phones just in case.  And who knows, one might feel the urge to send a text message because heck, it’s been 30 seconds since one was sent.  Watch people in airports, or in the auto repair shop, or on a university campus.  There is a constant need to check to see if they are still plugged in.  It is a nervous tic that they don’t even know is a tic.

In previous times, when we were more tied to place and limits as a society, people were reached at a specific location.  Letters came to homes.  Telegrams came to homes.  Phone calls were placed…to homes.  The cell phone, the harbinger of the always-on internet society, unhooked the anchor of place from communication.  And when communication is not limited, is not circumscribed, it becomes unlimited and tyrannous.

In the face of such tyranny, and as I made the changes to my email life, I became even more radicalized.  I changed my cell phone voice mail recording to notify the hearer that I no longer kept my cell phone on at all times and that if they needed to reach me, they could leave a message with a good time for me to call them back.  I would turn my phone on periodically to check for messages, I would return those calls, and then I would turn the phone back off.  If they needed me urgently they could call me at my office.  I’ve had this in place for the last week and it is a remarkably exhilarating feeling.

Irresponsible?  I doubt it.  While people always cite “emergencies,” more often than not the singular reason that a cell phone exists in their lives is to give them a crutch to prevent them from being alone with themselves, their thoughts, and their fellow human beings.  Going to the gym?  Call a friend.  Running an errand?  Send a text.  Eating something interesting?  Take a picture and show the world on Facebook.  We are incapable of living outside the virtual cloud that surrounds us.  We can only fully live if we are constantly connected.

Or we can turn it off, put ourselves back in control of the machine, and take back the solitude and dreamy quiet of our thoughts: the beginnings of a recollection that lends itself to prayer and conversation.

Stephen Heiner owns a test prep company with offices in Kansas City, Omaha, and St. Louis.  While his BA is in English Literature with a minor in Catholic Studies, he is currently working on his MBA in Management at St. Louis University.

Something About Which Leftists, Localists, and Libertarians (But Probably Not Philosophical...

Boredom and the “App” for Self-Control