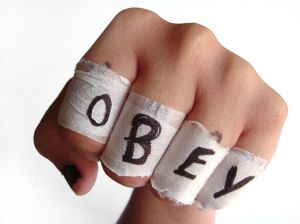 “The sleekest revolutions,” notes Barry Lynn, “are won not at the barricades but in the dictionary.” To control the terms of a debate is to control the outcome. This is certainly true of the term “free market,” a term which has come to mean almost its opposite, and hence a system which is manifestly unfree. The claim that our markets are not free is a serious one, and should only be made on serious evidence, just the kind of evidence that Barry Lynn provides in Cornered: The New Monopoly Capitalism and the Economics of Destruction.

The surest sign that a market is free is that it is competitive; there should be a rich variety of products provided by a vast number of firms, a situation which affords entrepreneurs many opportunities to enter the market and workers many places to sell their labor. And when we waltz into our local Wal Mart, that is what we seem to see. Alas, it is an illusion of competition rather than the reality. For example, if you want eyeglasses, you can go to Pearl Vision, or Lenscrafters, Sears Optical, JC Penney, Target, Macy’s, Sunglass Hut, or buy frames from 25 different manufacturers. Surely choice and competition prevail in this market. But no. All of these are one company, the Italian conglomerate Luxottica. And as with glasses, so also with so many other products. Most of our beer—even some that try to pass themselves off as “craft” beer—is provided by just two companies, ImBev of Belgium or the South African Brewing Company. Proctor & Gamble provides 75% of razors, 60% of detergent, 50% of feminine pads, etc. Even what few companies remain in each market often engage in collusion rather than competition. Wal Mart, for example, appoints one company as a “category manager” to allocate shelf space for all the “competing” companies.

Another sign of a free market is the expansive space it provides for entrepreneurs. But from 1948-2003, self-employment in America dropped from 18.5% to 7.5%. Indeed, among developed nations only Luxembourg has a lower rate of self-employment than we do. There has been a new “enclosure” movement, as the spaces that used to be occupied by small retailers, farmers, and manufacturers have been colonized by the conglomerates.

So how did we get to a situation where the “freedom of markets” has come to mean “servility” and corporate control? Lynn recounts this history, but those who expect a neat tale of “conservatives” versus “liberals” (Lynn prefers the term “progressives”) will be disappointed. Rather, the two cooperated to produce the servile state. In our colonial history, open markets were the means to escape the network of feudal dependencies that governed European systems. In the open market, small landowners and laborers could freely trade their produce and gain independence. Hence, the early Republic kept a watchful eye on the corporate and financial powers. But that care began to break down with the Civil War, as the government directed millions to industry, and the corporations were able to free themselves from control of the states and gain new privileges, even becoming, in a bit of Supreme Court legislation, “legal persons.” For the rest of the century, the “Robber Barons” consolidated their hold on industry after industry to become the dominant force in society and government.

Liberals like Teddy and Franklin Roosevelt didn’t have a problem with the trusts per se, they just wanted them more tightly controlled by the government. In the “progressive” view, there was a correct “scientific” technique of management, one that could be more easily applied when industries were gathered into the large corporate collectives. The New Deal evolved a system that was actually a continuation of Herbert Hoover’s associationalism,which placed the management of the economy in “super-cartels” and was related to the system used in Italy under Mussolini. But the Hoover/Roosevelt vision at least provided for a variety of quasi-owners of the cartels: workers, engineers, managers, the government, and small shareholders were all protected by institutional arrangements. And the corporations themselves were to be the guardians of our industrial base and a tool in foreign policy.

At this point, you have a quasi-feudal system with a series of mutual rights and obligations between varies interests and classes. There would be a relative abundance for all, wealth for a few, all directed by a combination of benevolent government and corporations with a broad social mandate, and subject to the influence of a variety of “owners.” But one by one, the “owners” were stripped off. It began in the Carter administration with deregulation of the airline and trucking industries, the prototype for further deregulation. It was continued under Reagan, who offered few institutional changes but made it clear that his administration would not enforce the anti-trust laws, and he made open war on the unions. But the so-called “Reagan Revolution” was actually consolidated under Bill Clinton with NAFTA and the deregulation of the financial industry. With the “democratization” of the stock market, the general public came to believe that equities were better than savings, and they began to view themselves as little moguls, their interests identified with the large investors. The senior managers saw more and more of their pay tied to stock options, which meant their interests were now also more aligned with the large investors. Outsourcing did for both the unions and the engineers. Only the large investors and their financial backers remained in effective control of the corporate structures, and only their interests would count.

What were these interests? Under the guidance of Milton Friedman, the corporation was converted from a system of governance charged with a broad social mandate into a private property whose “one and only one social responsibility” is to “increase profits.” But profits can be increased by strip-mining a company as much as by investing in it. And that is what has happened, as manufacturing firms converted themselves into trading conglomerates, outsourcing production to third-world countries but maintaining control at the center. Hence, it is no surprise that “American” cars are merely American shells slapped over a collection of foreign-made parts. Even an “American” product like the Boeing 787 is 90% foreign made. Recognizing only one of the many necessary goods of a firm, the corporation is converted from a protector of our industrial base into its destroyer, so that today we are a nation that makes far less than we consume, and will soon be forced to adjust our consumption to our means.

Friedman also redefined “free market” to mean “unregulated.” But this is nonsense, since markets are social institutions which are made by rules. For example, when Jay Gould decided to monopolize the building materials market in New York, he forbade his railroads to carry products from any competing company. As the “owner” of the railroads, he was “free” to do so, but did this make a free market? Clearly not. Only the imposition of the Common Carrier rule on the railroads freed the market from Gould’s personal control. Without proper rules, the “invisible hand” becomes an invisible fist, crushing all opponents. All social interactions are rule-bound. The only interesting question is whether the rules will be written by force or by reason.

Lynn also documents how the new feudalism makes the economy more vulnerable and fragile, as concentrated production introduces multiple choke-points, and small failures shut down whole industries. Indeed, a failure at one or a few factories can poison a whole nation. We are seeing an example of this in the 380-million egg recall. But the real destruction is political and social. As corporate “persons” gain more rights, real persons are effectively disenfranchised. Our politics degenerate into debates over trivialities, with passion over an issue inversely proportional to its importance.

Calling it “neo-feudalism” is unfair, to feudalism. At its best, that was a system of mutual rights and obligations which ensured a decent standard for all. The quasi-feudalism of the New Deal demanded a certain degree of servility, but also some fixed rights. The neo-feudalism is more like serfdom with declining opportunities and increasing debts for all, but especially for the young. The neo-feudalists are willing to promise better opportunities, but only to the degree it would not interfere with their wealth and their control. But they can no longer deliver what they promise, because they have been beaten at their own game by the Chinese and the Russians, and have become subordinated to foreign masters. And the rest of us along with them. The Chinese have set up a parallel trading system, and there is little anybody in the WTO or the West can do about it. After all, there is a limit to the quarrels we can pick with the people who hold the mortgage on our house and who lend us $2 billion/day to keep they whole thing going, at least for a little while longer.

This is an interesting and important book. I had not really intended to read it, since I thought I was generally familiar with the thesis. But Barry Lynn has done a careful job of research and thoughtful job of working out the implications. It is nothing less than the mechanics of Belloc’s Servile State. But Belloc thought such a state would at least be stable; it is not. We will soon, and very soon, be required to rebuild the social order. It will be of great use to understand how we get here, and Lynn goes a long way toward sorting that out.

Bridging the Gap Between Narrative and Reality: Guido Preparata