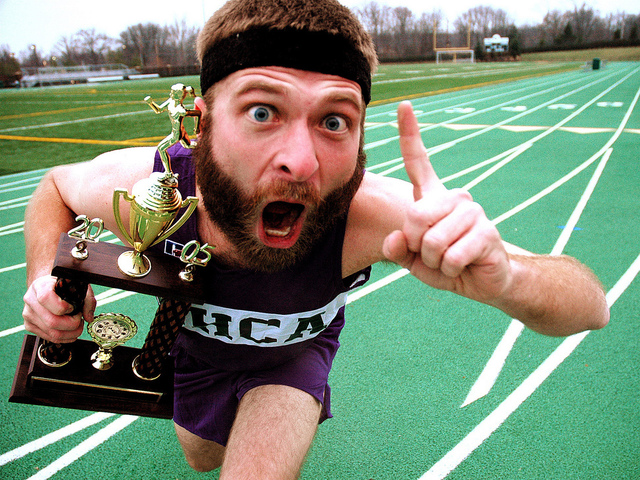 In a recent column in the New York Times, Thomas Friedman writes of a “values breakdown” in the United States that is leading to low student achievement and a general decline in American responsibility and motivation. He cites several articles that decry American self-indulgence, our endless striving to get-rich-quick, our societal-wide eschewal of sacrifice, our pettiness and petulance. For the first time in memory, I found myself agreeing with Friedman.

Alarmed that this couldn’t possibly be right, I reflected further and concluded that, while I agreed with Friedman’s conclusions in nearly every particular, I disagreed with the way that he had framed the column and, indeed, found in the very framing the likely source of the very decline of which he writes – a source about which he is eerily incurious.

The column opens and closes with a lament that America has lost its way, particularly that it has ceased its civilizational quest to be and remain always “Number One.” He points especially to the example of the “Greatest Generation” who made such great sacrifices – most visibly and brutally on the shores of Normandy and on once-unknown Pacific islands like Iwo Jima and Okinawa – and laments that today’s generation no longer emulates their example. He concludes with the observation that it is the Chinese and Indians today who have the values of our “Greatest Generation”: “a willingness to postpone gratification, invest for the future, work harder than the next guy and hold their kids to the highest expectations.” Without a restoration of values, he writes, we are destined to remain “Number 11” (according to one recent ranking) and perhaps fall even lower in the worldwide rankings.

Friedman doesn’t ask the obvious question: how is it that the children of the “Greatest Generation” became such slackers? How great could they really be if they couldn’t do the one thing needful of any generation, namely, raise their children to be responsible, motivated, hard-working, even self-sacrificial? To what do we attribute their monumental failure?

Might it have something to do with the deeply ingrained idea and evident reality – certainly rampant by the time of the end of the Second World War – that the U.S.A. was and must forever remain Number One? What, after all, is the point of being Number One? If the evidence of the half-century of the post-war is any indication, to be Number One means you have earned the right to be lazy, irresponsible, self-indulgent, short-sighted and hedonistic. You have accumulated the power and the wealth to demand that the world serve you – whether through currency seignorage, energy proctorates that foster clientelism and radicalism, cheap overseas labor that keeps American “consumers” in a permanent condition plastic-addiction, and a popular culture that promotes indolency, irony, disrespect and a general worldview that nothing is to be taken very seriously. If we wonder what has happened, we might start by looking at the “Greatest Generation” and the ways in which they enjoyed the spoils of being Number One – and in which they transmitted that sense of entitlement to their children.

How does one persuade young people today that they have been given a bad lesson at the hands of their elders and from the outlets of “culture” from which they have deeply imbibed? (a “popular culture” developed by – the Greatest Generation!). It’s likely that nothing but real hardship will have any impact at this point: much of the current generation has led a very easy life and has come to expect that everything comes easy. Yes, there are intimations of hardship in their peripheral vision, including incessant background reports like the release of yesterday’s data pointing to a dramatic rise in American poverty. But, for the most part – plugged in to endless distractions from Facebook to ITunes to “Reality” television – they are oblivious, blithely confident that the order of the world has been arranged for their pleasure and titillation.

Friedman reveals the depth of our own confusion in his passing description of the various sources from which a motivation to strive and achieve come. He writes that “Motivation comes from many sources: curiosity and ambition; parental expectations; the desire to get into a ‘good’ college; inspiring or intimidating teachers; peer pressure.” Today, the greatest source of motivation – at least that which I see in young students who are, indeed, motivated – comes from the same get-rich-quick assumptions as their parents, which comes from all of the above-named sources but one. Friedman equates “curiosity” and “ambition,” but I would submit that long before our young are able to develop a healthy sense of curiosity – that “wonder” from which the human impulse to know and discover arises, according to Aristotle – adults of “the Greatest Generation” make sure that the primary motivation is “ambition,” but only insofar as one’s efforts are undertaken in order to ensure outsized rewards in return for the markers of achievement (i.e., credentialing). Our motivation is to be “Number One” so that we can continue to have prosperity bought on the cheap. However – as we are rapidly discovering – this is not a long-term business plan.

Perhaps it may be some consolation to reflect on the similar emptiness of Indian and Chinese efforts to be Number One. Their reckless entry into the modern pursuit of “power after power that ceaseth only in death” seems bereft of even the residual compensating virtues that seemed to at least accompany the worst of American ambitiousness. Our residual admiration for the yeoman farmer, for the small town, for the virtues of hard work, loyalty and decency (mostly now seen on commercials for Pick-up trucks) is real if otherwise increasingly unlived. It is within an imaginable possible future that those residual values may reassert themselves, even at the “price” of dropping even from Number 11. I say – Go for it! – let’s aim for #12 (which, incidentally, is Germany, and by many measures – including my own anecdotal evaluation – is doing much better than us, and managed the financial crisis with more responsibility than us), and leave the bad parenting to the Chinese and Indians.