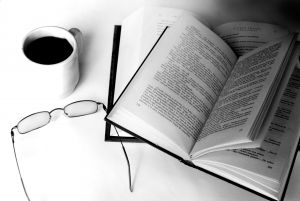 Little Compton, RI. For an author who published his first and only work of fiction at the age of seventy-four, Norman Maclean is wildly popular. The world has come to know him through the 1992 film A River Runs Through It, directed by Robert Redford and starring Brad Pitt, which closely follows Maclean’s 1976 autobiographical novella of the same name. Many, thanks to the popularity of the film, have read and loved A River Runs Through It and Other Stories and hold their copies close to their hearts, which are, for many of them, never far from their fly-fishing rods, so all three spend the winter in the woodshed awaiting the first hatch. Maclean’s little book has sold over a million copies, and fly fishermen everywhere consider him their poet laureate.

To some then, he is grandfatherly keeper of fly-fishing lore; to others he is a regional writer gone Oprah in the grave, with a blockbuster movie as a resounding epitaph. Such understandings of the author, however, cast shadows over the deeper currents that inform his approach to literature.

Foremost, Maclean was an artist whose subjects were artists and their art. He wrote the following words concerning his most famous book:

My collection of stories is called A River Runs Through It, and they are love stories:             stories of my love of craft—of what men and women can do with their hands—and of my             love of seeing life turn into literature.[i]

This “love of craft” runs through all of Maclean’s writing, and is especially visible in two of his lesser-known works.  One is an article he published during his forty-plus years as a professor at the University of Chicago entitled “Episode, Scene, Speech and Word: The Madness of Lear.”

The article uses the framework laid out in Aristotle’s Poetics to explore the tragic nature of King Lear, in Maclean’s words, “the most tragic of Shakespeare’s tragedies.”[ii] As the title suggests, Maclean’s focus narrows during the course of the essay. Like a good Aristotilean, his consideration of the play and of tragedy as a whole relies upon breaking it down into its constituent parts, each of which he then examines as a self-contained tragic whole. Throughout, he maintains a focus on “the shape of art in embryo,”[iii] examining King Lear as an example not just of tragedy but of Shakespeare’s art, of the relationship between play and playwright, tragic art and tragic artist.

As his episode Maclean selects Lear’s descent into madness, which occurs after the empty-handed king is turned out onto the heath by his daughters Regan and Goneril. This episode runs from the end of Act II through the end of Act IV, where Lear meets Gloucester and the disguised Edgar on the fields of Dover. Maclean examines three scenes that are part of this arc of Lear’s madness, each of which is a kind of tragedy in itself, as each contains, true to Aristotle’s prescription, a purgation of fear and pity.

Moving to the more particular, Maclean examines a one-line speech during the scene in the hovel in Act III. Lear, in the throes of woe and madness and berating the gods, enters the shelter and sees the beggar Poor Tom emerge from the corner of the hovel, shouting, cursing, and putting on a bigger show of madness than even Lear has been displaying. Poor Tom, of course, is really Gloucester’s son Edgar in disguise. Maclean focuses on Lear’s brief response to the new madman: “Hast thou given all to thy daughters, and art thou come to this?” (3.4.48-49)

Maclean scrutinizes the line, examining Shakespeare’s word choice, scansion, and grammar, and finally, after starting with episode and proceeding through scene and speech, his gaze rests on the smallest dramatic unit—one word in Lear’s speech: “this.” Its utterance, without antecedent, offers “the uttermost in meaning and emotion.”[iv] For Maclean, no other word would be as tragic—it is both specific and general, a word brief in duration but whose reach indicates the universal. “Fear and pity are made out of grammar,” he writes, and in this most particular grammatical unit he finds the fabric of tragedy itself. [v] Throughout the article Maclean imagines Shakespeare as active weaver of this fabric, and in doing so brings his readers close to the play in germ, to the moment where the playwright began to layer patterns across his five acts.

It is a fresh breath to read this essay now, nearly sixty years after it was first published. Much has changed in the world of literary criticism since then. Without venturing into the battleground of the merits of literary theory, one thing is for certain: English classes, whether high school-, college-, or graduate-level, rarely focus on questions of craft, on the relationship between writer and work. Such discussions, when they occur, are usually reserved for creative-writing classes. As a result, the study of literature and the writing of it have come to be understood not as two ways of looking at the same subject, but as two different spheres altogether.

The ramifications of such a separation are too big to be dealt with here, but relevant to my purpose is that in uniting these two perspectives, Maclean offers a more complete approach. He examines the play from the inside out, trying to see it, as best as he can from 350 years down the line, as Shakespeare himself would have seen it. He does not shy from the questions of “Why” and “How”: Why would Shakespeare choose to have Lear turn mad precisely at this moment? How does he avoid making Lear’s descent into madness too abrupt?

Such questions get to the heart of the play, no doubt, and they do so in a way that seeks to understand the beginning of a work of art—“art in embryo”—which is so very important because, to lift the words of T.S. Eliot, in the beginning is the end. This reality appears commonsensical in other fields. If you wish to understand how anything works, you must attempt to see it through the eyes of the builder. If you are trying to grasp the architecture of a house, you will study the blueprints. Likewise, students of Shakespeare do well to imagine the playwright in the act of creation, who has many potential courses of action but must in the end settle on specific ones: the episodes, scenes, speeches, and words whose hardened contours will comprise the play’s necessary parts.

Analysis of these parts, Maclean insists, “brings us face to face with both the tragic art and the tragic artist.”[vi] Contrary to Roland Barthes, then, the French critic who claimed that writer and work were inherently separate (what he called “the death of the author”), Maclean argues that King Lear is a particular manifestation of Shakespeare himself, born from an encounter between artist and material and stamped with the mark of the potter. Maclean is not saying that we should read the biographies or even specific intentions of authors into their works—those were the critical abuses that Barthes was really responding to—but that claiming that writer and work are completely distinct is tantamount to claiming that we can learn nothing of the Egyptians from studying the pyramids.

Tragic art and tragic artists are as close to Maclean’s purpose in this essay as they will be nearly a quarter-century later, when he will, at the behest of his children, write of a tragic artist who worked not with quill and ink but with rod and line in halos of water molecules. That is, the subject of A River Runs Through It, his brother Paul, whom Norman knew was “a master of an art”[vii] but whose weaknesses he was unable to help, and whose murder, in a Chicago alley in 1938, he was unable to prevent.

Perhaps Maclean was more acutely aware of these questions of craft because of his youth, spent in a world different than our own, where he witnessed firsthand in the employ of the U.S. Forest Service the all-but-lost art of backcountry packing. Without four-wheel-drive vehicles or roads wide enough to carry them, all supplies to support a crew needed to be packed in and out of the wilderness on the backs of mules. Maclean writes of this experience in the story “USFS 1919: The Ranger, the Cook, and a Hole in the Sky,” the final story in A River Runs Through It and Other Stories. His words describing the art of head packer Bill Bell resonate with a reverence no less than that he held for Shakespeare:

Up there in front with Bill, you could see just about anything happen… but mostly what you were watching for took Bill’s trained eye to see—a saddle that had slipped back so far that the animal couldn’t breathe, or a saddle that had slipped sideways. In an outfit that large, there are always a few “shad bellies” that no cinch can hang on to and quite a few “bloaters” that blow up in the morning when the cinch touches them and then slowly deflate. Who knows what? The trouble may have started back in the warehouse where the load cargoer couldn’t tell weight or didn’t give a damn and now an animal was trying to keep steady across the Bitterroot Divide with lopsided packs. Or maybe the packs balanced, but some assistant packer had tied one higher than the other. Or had tied a sloppy diamond hitch and everything slipped. The Bitteroot Divide, with its many switchbacks, granite boulders, and bog holes, brought out every weakness in a packer, his equipment, and his animals. To take a pack string of nearly half a hundred across the Bitterroot Divide was to perform a masterpiece in that now almost lost art, and in 1919 I rode with Bill Bell and saw it done.[viii]

In Maclean’s writing we see the fruits of years spent in the woods among packers and loggers and of those spent in the classroom among poets and playwrights. His study of all of these artists has shaped his own writing, in which we find master artists such as Bill Bell, Wag Dodge, the smokejumper foreman in the award-winning Young Men and Fire, and, of course, Maclean’s own brother Paul. In other words, we see the patterns of Maclean’s life in stories written near its end. His work bears his imprint, not that of fly-fishing spokesman, which some might have him be, but that of consummate storyteller whose subject was art itself.

[vii] Norman MacLean, A River Runs Through It, And Other Stories (Chicago: University of Chicago Press, 1976), Reprint New York Pocketbooks, 1992, 6.

Mike St. Thomas was born and raised in Rhode Island and graduated from Providence College in 2005. He spent the summers of his undergraduate years working in Montana and moved there after graduation. In 2008 he received an M.A. in English from the University of Montana. He currently lives in Rhode Island, where he teaches English at a Catholic high school. In his spare time he runs, plays music, and thinks of Montana.

The Restorative Tonic of Wildness

Thinking and Writing in ¾ Time: A Few Thoughts on Jimmy...