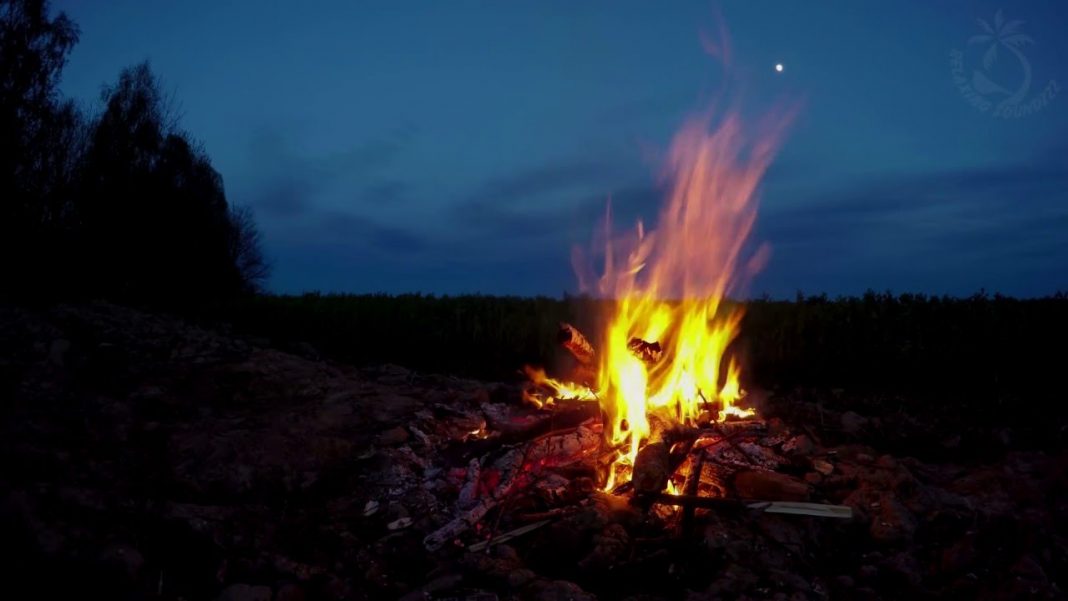 The earliest form of art must have been a story that gave those listening a sense of what the storyteller experienced. Imagine sitting around a fire listening to a boy who tells a story about an encounter with a wolf. According to Tolstoy’s deservedly famous essay, “What is Art,” the truthfulness of the boy’s story is unimportant so long as the feelings expressed are sincerely shared because art is based upon our capacity to experience another person’s expression of feeling. “A real work of art destroys, in the consciousness of the receiver, the separation between himself and the artist.” Art is compelling because it relieves our isolation and joins us in a common experience. Art, Tolstoy exclaims, grabs hold of strangers and unites them “as by an electric flash, and in place of their former isolation or even enmity they are all conscious of union and mutual love.” Art is modest or powerful depending on how effective the artist is in uniting others to the experience rendered. Unlike beauty, art does not necessarily intimate truth and transcendence.

An artist may desire to faithfully replicate a local environment or deeply subjective experience, but the specificity of art does not prevent it from drawing people into communion. For Tolstoy authentic art must come from the depths of the artist’s own nature. “The more individual the feeling transmitted, the more strongly does it act on the receiver.” Despite art’s conception in the mind of one individual, it breaks down the barriers of ego and opens space for community. Artistic endeavor requires a separation from subjective thoughts. Raphael is reputed to have told Leonardo da Vinci “I have noticed that when one paints one should think of nothing; everything then comes better.” The German philosopher, Schopenhauer, writes that creative genius “is the power of leaving one’s own interests, wishes and aims entirely out of sight, of entirely renouncing one’s own personality for a time.” When the ego is set aside, it becomes possible to see the relationship between all things, which Ralph Waldo Emerson describes as the purpose of art: “For, as it is dislocation and detachment from the life of God, that makes things ugly, the poet, who re-attaches things to nature and the Whole,—re-attaching even artificial things and violations of nature, to nature, by deeper insight—disposes very easily of the most disagreeable facts.” Tolstoy himself was a devotee of divine immanence and union. He believed that morally good art is either religious art that unites people in their love of God and each other, or it shows us that we are already united in the joys and sorrows of life.

It must be conceded that Tolstoy’s description of art is tremendously broad and includes a great variety of human activity from jests and fashion, to opera and church services. But such a broad scope is necessary because art conveys an infinite range of experience. The problem with art, as Plato and Tolstoy point out, is that it can be ethically repugnant. Effective art can be dangerous and incite hatred. It often elevates emotion at the expense of reason and good judgement. For better and worse, communion through art shapes culture and allows for communal self-expression. But when well-made art aligns with truth, art can join us in participation with the beautiful.

Beauty, like art, must also be defined broadly, but, where art may be morally ambiguous, beauty has directionality and inherent value. Art unites us, and beauty moves us towards the transcendent. Beauty has directionality because it exists in a continuum, and, as rightly described in Plato’s Symposium, the lover of beauty first encounters it through instinctive desire. In its most humble state beauty is understood by cognitive scientists as a pleasurable reaction to patterns and stimuli that aid the success of our genes, thus explaining the attraction of potential mates. Psychologists see beauty as being shaped by emotional bias, such as a bias towards one’s children. But, when beauty strikes us most acutely, it is free of the lesser emotions and the mind’s instinctive chatter. Beauty may be recognized by one’s intellect in the balance and proportion of an object. It can be seen in the process of evolution, the union of increasing complexity into a rising harmonious whole. All these conceptions of beauty are necessarily dependent upon our innate human nature and culture. This is why beauty’s appeal may be contradictory, unkind, and fail to direct our gaze to the ideal; however, beauty also reminds us that a far grander reality exists. At its most radiant, beauty may include lesser manifestations, but it draws us toward a transcendent revelation.

Despite provoking a varied and subjective response, beauty also has an objective quality that we recognize as something we ought to admire as opposed to something that is merely subjectively satisfying. To call something beautiful is more than to say it is personally agreeable. It is to make a judgement that is meant to be recognized by others. We might enjoy a cigarette or a gossipy soap opera, but we can distinguish these simple pleasures from our understanding of beauty, which has universal characteristics. Our talents, subjective thoughts, and the broader culture all affect how and when beauty strikes us, but beauty also reveals a reality that is otherwise obscured by our daily concerns. The highest reaches of art reveal beauty in a way that conveys a sense of something spiritual. That which moves us most, according to Augustine of Hippo, touches upon a higher reality:

I believe that the emotions are less easily set alight while the soul is wholly absorbed in material things; but when it is brought to material signs of spiritual realities, and moves from them to the things they represent, it gathers strength just by this very act of passing from the one to the other.

Beauty, Hegel writes, “is merely the Spiritual making itself known sensuously.” Our experience of the highest beauty is necessarily fleeting because our awareness of ultimate reality is indirect and restricted by the finite’s limited ability to know the infinite. The ancient Greeks, who also understood beauty as a reflection of ultimate reality, did not believe individuals create beauty. They saw beauty as preexisting truth revealed through the gifts of inspiration and genius, which themselves come directly from the gods. Plato, in the Phaedrus, writes “it is the privilege of Beauty, that being the loveliest [of the Forms] she is also the most palpable of sight.”

The failure to distinguish between art and beauty has caused much confusion. Art and beauty have two different but overlapping trajectories–one towards union and the other towards transcendent reality. Art that reveals beauty in a meaningful way must be animated by at least a hint of the transcendent. J.W.N. Sullivan in his study of Beethoven describes how both these movements culminate in great art. He writes that Beethoven communicates a feeling or an attitude that joins listeners together in a soaring journey that rises above the ordinary:

We may share with him that unearthly state where the struggle ends and pain dissolves away, although we know but little of his struggle and have not experienced his pain. He lived in a universe richer than ours, in some ways better than ours and in some ways more terrible. And yet we recognize his universe and find his attitudes towards it prophetic of our own. It is indeed our own universe, but as experienced by a consciousness which is aware of aspects of which we have but dim and transitory glimpses.