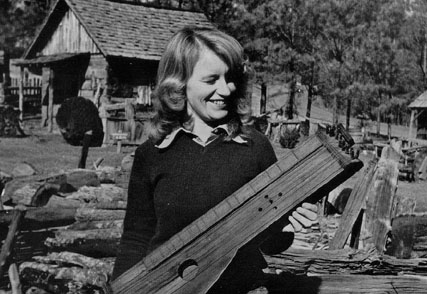 For all those arrested on September 27, 2010 during the Appalachia Rising protests in Washington, DC.

Provincetown, MA. The people of Eastern Kentucky – West Virginia, East Tennessee – have been treated as the ‘Other America’ for more than a century.   From Lil Abner to Shelby Lee Adams—from Charles Kuralt to Diane Sawyer— we create and propagate images of our own people that solicit, at best, a pathos of tin pan pity, and at worst, no empathy, at all.  Do we know them?  Shiftless, conniving men.  Desperate women.  Children too poor to eat anything but dirt.  Our feverish faith in Capitalism requires a story, a parable for why Americans who struggle are to be blamed for their own strife.

The Other America.  The Hillbilly. The American who – let’s say it out loud – deserves to suffer at the hands of global capitalism because he is idle, and because his mind is so simple, he cannot manage complex work. Or, to drive home the point, the American who deserves to be exploited, because he is too foolish to insist on a complex local economy, a network of industries that might actually sustain his community’s wellbeing and growth.

Now, we find ourselves in the age of global warming.  And, the wisdom of hindsight allows for some clarity: all the while that the cartoonist Capp was convincing us of his Dogpatch, Kentucky, the coal industry was convincing us it was the great provider, the only provider, of a way out of Dogpatch.   Sears and Roebuck catalogues on the front porch.  Gardens shriveling in the sun.   Throughout America, in Appalachia and beyond, we believed electricity meant convenience meant civilized living meant dignity, hope.  But in Appalachia we made a second dangerous pact: a codependency with a single industry, an extraction industry, that would become, during these same years, our only plan for economic progress—a single industry that would coincidentally also become the leading contributor to our climate crisis.  Our men were sent to work. Our women went to the picket lines.  Our region became, unwittingly, the domestic front of what is now surely a global energy war.

In this context, it is plain to see that the degenerative imagery so often repeated of our people is, in many ways, just borrowed.   Borrowed from the colonialist imagery of Africans, borrowed and made to fit our white fear of white poverty.  This is important, because this kind of propaganda is confirmed in its ability to teach us how to turn a blind eye, how to allow for people, once unified and self-sustaining, to be divided against themselves so that their labor can more easily be exploited.  It is an old machine.  It has proven productive.

But our real problem does not lie with outsiders.  It lies within.  My mother is from Perry County, Gay’s Creek.  But I was raised 30 minutes away from here, in a smoke-filled kitchen, listening to my family denigrate themselves.  Cigarettes to lips, telling stories about how ignorant the people in Eastern Kentucky were.  They were ashamed of themselves, of where they had come from, of what the world said it all meant.  To be a Kentuckian is to be a self, divided.  In Louisville, we too often act as if we are annexed, a metropolitan state all our own.  In Lexington, like we are the Ellis Island for those who manage to make it out of the hills.  This semester, in Morehead where I teach, one of my students explained to me that he understood mountaintop removal coal mining was happening, but that he, who had been born and raised in Rowan County, was not Appalachian, so it didn’t affect him. We understand it is humiliating to be associated with the stereotypes that go by our name.  We understand it is humiliating to be associated with widespread destruction and oppression.  And so, we do double-time, all the time, to say, “yes, but that’s not me.”

This must stop.  The karmic cycle of these last 100 years is now upon all of us.  Activist Randy Wilson said to me once of coal, “We’re all economically tied to it and dependent on it… That creates desperation in people.  We desperately need it and we’re desperately destroying ourselves with it.”  We no longer have the time for pity.  We no longer have the time for blind eyes.  Or divided selves.  James Still is quoted to have said, If it happens in Afghanistan, it happens to me.”  I think our imaginations have shrunk.   Today, we don’t even dare to ask, if it happened in Appalachia, did it happen to me?

Thanks to Kentuckians For The Commonwealth’s support, I’ve spent these last many years driving in and out of Eastern Kentucky, documenting those who live with, and against, the coal industry.  This opportunity— to develop a relationship with those who welcomed me into their homes—has forever changed my life and the way I want to live it.  Those I have come to know, our people, my people, are the opposite of shiftless, hopeless, or dumb.  The opposite.  I have known a man who has, with his own hands, with his own tractor, spent upwards of a decade reclaiming mountaintops that the industry abandoned, so that they could once again grow trees.  I have known a retired miner who now works with MIT to determine Kentucky’s potential for wind energy.  I have known a Special Education teacher who spends her evenings writing letters to her elected officials, begging for the rights of her neighbors, begging that the coal truck drivers be required to take a different route.   And I have come to believe that if we who live outside the mountain south follow the leadership of those who live within it, if we surrender to the truth that none of us are other or cartoons or deserving of exploitation— we stand to be a bellwether for a different kind of coming culture, a future rooted in our deeper past.  We stand to be a bellwether for human responsibility, a requirement for respect, setting the terms for the forthcoming civil rights movement in this new, shared landscape, this earth of want and crisis.

Rebecca Gayle Howell’s poems and translations have appeared in or are forthcoming in The Massachusetts Review, Ecotone, Connotation Press, and The Great River Review, and her documentary work has been collected in The Artist as Activist in Appalachia (University of North Georgia Press, 2010), Plundering Appalachia (EarthWise, 2009), and This is Home Now: Kentucky’s Holocaust Survivors Speak (UP of Kentucky, 2009).  She holds a combined MFA from Drew University and is currently a fellow at the Fine Arts Work Center in Provincetown, MA.

The Other Side of China, and What It Might Say When...