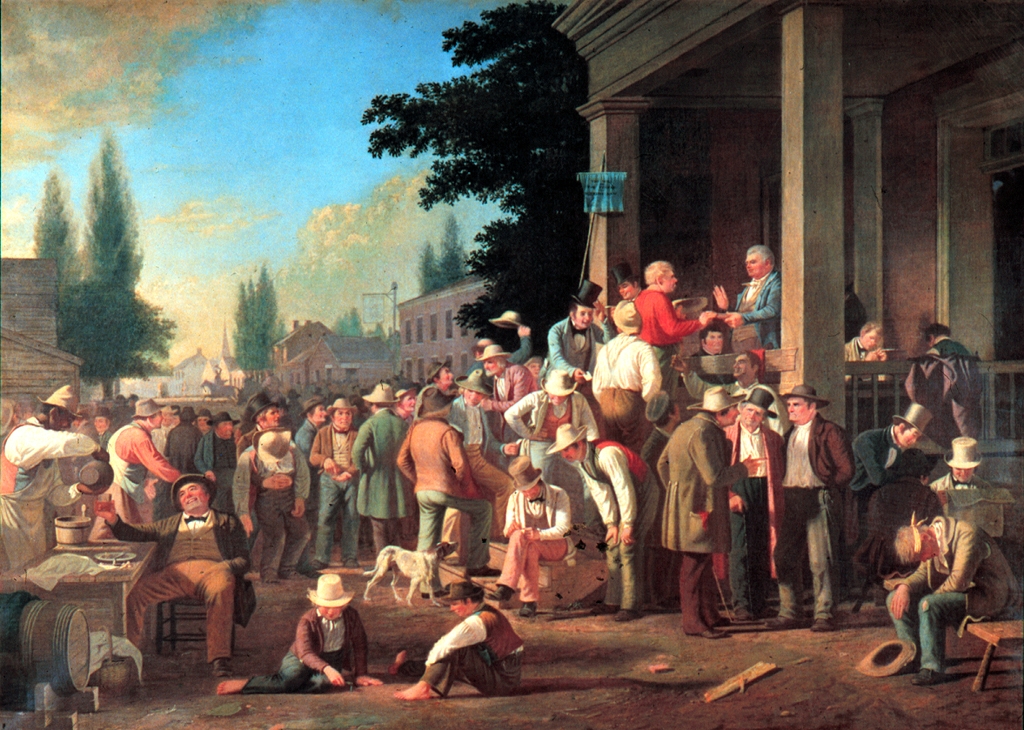 Alexandria, VA With a day to go before the midterm elections, we witness again with pronounced clarity that the fundamental divisions in our political arrangements today come from distinct understandings of the respective agent in society whose role is to secure the common good. For conservatives, “the market” is the best mechanism for ensuring good societal outcomes; for liberals, there is wide latitude for government to ensure common weal. From this basic difference comes many of our contemporary political debates and distinct policy directions. The two positions represent the opposite poles of our current political alignments, and are widely perceived as a yawning gulf separating unbridgeable worldviews.

While the differences between these two positions cannot be denied, what largely goes unnoticed is that the current divide masks a more fundamental similarity: both positions essentially relieve members of the wider society from personal obligation to think and consider, much less to act on behalf of, the common good. In each case, there is a function in the society that works to effect the good of society without reliance upon the conscious and ongoing efforts of the citizenry. In both cases, current political arrangements ask and expect little of citizens.

As is the case every several years, we are asked to tune in briefly to decide which impersonal agent in the society will work to effect the common good – whether the market or the government. We are then expected, and largely welcome, the freedom to tune back out. And, predictably, our present discontents are born of the fact that neither of these agents is very good at providing for what’s promised, giving birth to extensive civic disillusionment and frustration. Yet, rather than noticing that we are presented with false choices, we continue to oscillate between these two impersonal agents, blaming them – rather than ourselves – for failing to live up to their promises.

Conservatives take their cue from the theories developed in the early modern period, particularly the political and economic philosophy of thinkers like Bernard Mandeville and Adam Smith. Smith famously declared in his work The Wealth of Nations that the market functions not out of a sense of beneficence, but from the logic of productively-employed self-interest. Writing of the “division of labor,” Smith wrote that “it is not from the benevolence of the butcher, the brewer, or the baker, that we expect our dinner, but from their regard to their own interest. We address ourselves, not to their humanity but to their self-love, and never talk to them of our own necessities but of their advantages.” As individuals we are not charged with considering the societal good that is achieved through our self-interested transactions; rather, the accumulation of those exchanges, through the agency of the market, gives rise to general prosperity and opportunity that becomes widespread throughout the society. While Smith acknowledged a necessary role for government in enforcing contracts and even providing some relief for the poor, Smith’s acolytes regard most government activity today as an interference in the good working of the market. Republicans in this election cycle have vociferously asserted the need to reduce government intervention in the “free market,” better to secure the common good of general society.

Liberals take their cue from critiques of the “free market” model, ones that arose in part from thinkers like Rousseau, Marx, Mill, and Dewey, as well as many subsequent liberal thinkers who rejected calls for the dominion of “private vices.” It was argued by such thinkers that a society dominated by self-interest would reward the most rapacious; that commercial society tended toward a crass materialism and the degradation of the workers; and that capitalist arrangements inevitably resulted in titanic inequalities that undermined any shared sense of common weal. Each in turn called an active role of government to provide relief to the respective baleful consequences of the free market system, and gave rise to iterations of the modern welfare State through such functions as public education, redistribution and regulation.

In both cases an agent within society – not the whole of society itself – is responsible for securing the common good, whether the market or the government. In both cases, the citizenry is largely relieved of the responsibility to consider the ways in which their work contributes to the good of society. Both the market and government exist as impersonal agents that separate “commoners” from common weal.

Lying behind both of these early modern articulations was a distinct new notion of the “division of labor.” For early-modern “classical” liberals, a new conception of the division of labor was to encourage each of us to concentrate only on our small piece of work, and to remain oblivious to its ends or purposes, or the ways that it contributed – or did not contribute – to the common weal. By doing so we were ensured of greater productivity through the magic of specialization. There would be no “specialist” whose job was to ensure the good functioning and contributions of our varied forms of work – “the market” would ensure good outcomes. Self-interest could thus be transformed into “public benefits.”

Reacting to the impersonalization and alienation of this arrangement, Marx and subsequent critics on the Left called for an addition to the specialization of labor, namely, government itself (in the case of Marx, this arrangement was theoretically supposed to be temporary until the state would “wither away,” but so far that theory hasn’t worked well in reality). That is, government – its various representatives and bureaucrats – were to have as their form of specialized work the duty of providing for the common weal. This was particularly the arguments underlying many of the reforms of “Progressive” era, when “graft” was roundly attacked and a preference for a permanent “civil service” bureaucracy was proposed. A class of experts was to be tested and selected to ensure the propounding of the common good. Yet, this work was itself a form of specialized work: they were to perform their particular jobs, again relieving the citizenry of the burden of having to think about the nature of their own work (or the work of bureaucrats). No less than in the previous arrangement, the citizenry was to be relieved of the burden of thinking about the common weal.

Early modern articulations of conservatism and liberalism both summarily rejected a more ancient understanding of work and its relationship to common weal. As expressed in the Christian tradition (and echoing the philosophy of Greek antiquity), every person in society should understand themselves as having two jobs – the work they immediately undertake and the work of striving to understand the role of that work in providing for the good of society. This view was expressed most powerfully in the Christian tradition in those famous passages of St. Paul’s First Letter to the Corinthians, in which he urges the Christian community of Corinth to put aside their divisions and to understand their respective positions not as the source of individual status, but as parts of a greater whole. According to Paul, “to each one is given the manifestation of the Spirit for the profit of all…. For as the body is one, and has many members, and all the members of the body, being many, are one body…. When one member suffers, all the members suffer with it. Or when one member is honored, all the members rejoice with it. (12:7-12:26). As Paul goes on to argue, the basis of common weal is not interest or disinterest, but love. A society that does not have love at its base is a society that will likely cease to pay attention to the ways our work is to contribute to the common weal. And lacking such attention, bad work is the likely result.

Contemporary conservatives and liberals are inheritors of a tradition that rejected this alternative as a way of liberating individuals from the obligations of having to pay attention. We are now exclusively holders of one job, and we rely either on the market or government to attend to the common good. The first liberation – market capitalism – has freed us in ways that have at once made us wealthy but also prone to rapacity. The second liberation – relying on government to regulate the market’s excesses – has allowed us to retain our lifestyle autonomy without the need to devote excessive personal attention to the remediation of injustices. In both cases, impersonal forces have replaced the second job that was once thought to be our true common work: widespread and personal investment in achieving the good of the community as a whole. This will be the political platform that is, and remains, missing from our current political arrangements. And, while tomorrow many of us will engage in what we believe to be our civic duty, instead we will be indicating our resignation from the same.