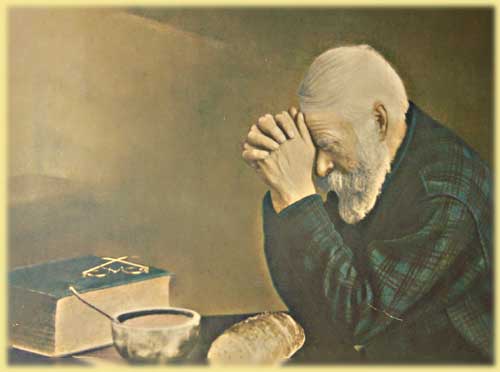 When we consider our curriculum vitae, in the literal sense- i.e., our course of life, we are often struck by the difficulty of true thanksgiving. We strive for accomplishments in various fields. Sometimes Fortuna smiles, but many times it does not. Our search for happiness compels us forward to win new prizes. If we are doubly fortunate, Grace directs our striving, regardless of our self-concerned intentions, toward improving the common good and, hence, the lives of others.  If any of this resonates with you the reader, then please take heart from the fact that is also very autobiographical. As with Mr. Bennett in Jane Austen’s Pride and Prejudice, let us “feel how much…[we] have been to blame,” for we need not fear “being overpowered by the impression. It will pass away soon enough.”[ii]

Graciously, there is another way of viewing our world. This holiday I have been marveling on various stories of people who have been gifted success and great bounty through (and sometimes as a result of) humbly recognizing their mere place as creatures in the world, creatures in need of their Creator. A trusted friend, for example, once visited an organization of scientists that had successfully invented many new medical technologies to assist with health care in the developing world. My friend asked these innovators how it was that they could continue to produce so creatively. Their answer was very simple: God continues to gift them new ideas in their dreams while they sleep. Another close friend shared a different story about his own life. When he was young and relatively poor, he spotted a prized piece of property that was in foreclosure during an economic recession and, hence, was selling for cents on the dollar. Through begging, borrowing, but, thankfully, not stealing, he was able to secure financing and close on the property. Months later, the adjacently located church, which also happened to be his own church, approached him with the request to sell them the property. The catch, however, was that the church wanted my friend to sell the land at cost, without making a profit. The man dutifully, but painfully, acquiesced. Years later he had been blessed with financial riches a hundred-fold beyond any profit that he would have attained on his former parcel.

Many of you have similar, if not better, such stories. Their power is in the impression they leave upon us about a facet of reality: success and prizes are often supernaturally endowed gifts, not measurements of our self-created worth. Such goods are blessings, not our mere creations. We are not gods who create value in our life out nothing. We are poor creatures who constantly need to be gifted the goods that we value.

Such insights change us. They make true thanksgiving more natural. We begin to recognize how many of our former prizes were really just gifts, not winnings that we begat. We worked hard and employed good strategy, but many of the necessary elements of our success were part of the gift—e.g., the influential people we knew, the funding we attained, the brilliant idea that suddenly came to us one day when we were reading a Psalm. The practice of thanksgiving is transformed from an activity that is foreign to our second nature into a pursuit that completes our originally created human nature. In short, thanksgiving, which initially seems like a practice that is all too un-human and foreign to our nature, becomes an activity that realizes our more true and perfected nature that was initially given to our species at its creation.

Moreover, recognition of the Divine source of our success can also alter our work and striving. Our view of such labors becomes transformed from a struggle to find meaning and worthwhile existence into the steady work of communing with the One who makes our labors fruitful.

These reflections about the role of Providence in our success would not be complete on such a holiday of Christian origin without a closing biblical reference. So, please consider these words from Psalm 20:7-9:  “Some trust in chariots, and some in horses: but we will remember the name of the LORD our God. They are brought down and fallen: but we are risen, and stand upright.”[iii]

[i] Here I have obviously borrowed language from Friedrich Nietzsche’s book title, Human, All Too Human.