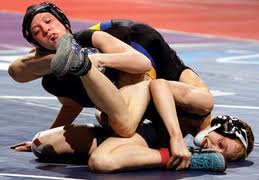 Kearneysville, WV. Edmund Burke lamented that the age of chivalry has passed. He was, of course, commenting on the attempted eradication of all social distinctions by the revolutionaries in France. Burke went on to argue that European civilization had, for hundreds of years, been constituted by the spirit of religion and the spirit of the gentleman. Burke saw in the French revolution the attempt to destroy both ideals. He believed that if the spirit of the revolution prevailed, civilization would correspondingly decline.

The religious side of the equation is fairly straight-forward, and to the extent that Europe has become predominantly secular, this would surely provoke dire warnings from Burke. To be sure, Americans still go to church in fairly high numbers and God-talk is all too frequent among our politicians. However, by some indicators we are noticeably schizophrenic, embracing religious practices on Sunday while the rest of the week living lives not much different from religious skeptics. A purely privatized religion, one quarantined to Sunday morning, is anemic and probably not capable of maintaining a civilization in the way Burke imagined.

But let’s put religion aside for a moment. What about the gentleman? The word has not gone completely out of favor. Many of us attempt to raise our sons to be polite, to hold the doors open in deference to others rather than to barge in first, to refrain from talking with mouths full of food, to listen without interrupting, to help those in need. Yet with all that, our conception of the gentleman is hamstrung, for the gentleman is a social role that implies a recognition of forms and limits that constrain action even as those very forms and limits elevate the meaning and nobility of actions they enjoin.

Forms and limits are not welcomed in a culture that sees freedom as the highest good, a culture that fairly worships at the altar of individual choice. The history of the liberal project has been a steady and determined attempt to defy limits, to destroy forms, to expand the idea and practice of liberation to all spheres of existence. How can the idea of the gentleman, the essence of which necessarily depends on the propriety of limits, co-exist with the goals of liberalism? One admits of limits and finds nobility in respect for them; the other finds limits offensive and seeks to break down any hint of limitation, form, or residue of difference. When seen in this light, the gentlemen appears to be a throwback to an older age, an era that progress has left behind, an ideal embraced only by romantics and the hopelessly and helplessly nostalgic.

Which brings us, of all places, to Iowa. By now most of us have heard of Joel Northrup, the high school wrestler who chose to default rather than wrestle a girl. The stakes for Northrup were high: this was the first round of the state tournament where he had a good shot at the title. He expressed his reasoning in a statement released by his high school:

“Wrestling is a combat sport and it can get violent at times. As a matter of conscience and my faith I do not believe that it is appropriate for a boy to engage a girl in this manner. It is unfortunate that I have been placed in a situation not seen in most other high school sports in Iowa.”

He continued with praise for Casey Herkelman, the girl involved, expressing his respect for her accomplishments. The girl and her parents released a statement indicating their respect for Joel and his steadfast commitment to his beliefs. In short, there was no apparent rancor from either side.

It seems to me that Joel Northrup was raised to be a gentleman, and when he drew his first opponent at the state tournament, this ideal ran hard into the leveling impulse of the age. Or to put it in old-fashioned terms, gentlemen don’t wrestle with ladies. Reversing the sentence provides another truism: ladies wouldn’t dream of wrestling with gentlemen or of wrestling with anyone for that matter. Now I am on thin ice here, for if I embrace the idea of a gentleman, I am simultaneously embracing the idea of a lady. Doing so must appear, through the caustic lens of liberation, to be suggesting that ladies and gentlemen are substantially different and that a gentleman treats other gentleman in ways markedly different from the way he treats ladies. Precisely.

Richard Weaver once wrote that when the gentleman disappears so too goes the lady. Both ideals depend on each other and a society that provides the space for each will be far different from a society where both are seen as quaint relics from another time. Still it is heartening to see a young man attempt to uphold the ideals of the gentleman. Perhaps that singular ideal can be sustained during our long sojourn through the wilderness of liberalism. If and when we emerge on the other side, it may provide a hopeful reminder of what is possible and how a decent society might be constructed around ideals that foster acts of nobility, deference, propriety, and kindness.