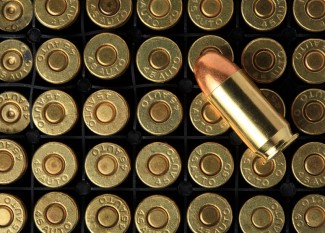 As President Obama contemplates the political obstacles looming before the gun control agenda he announced on Wednesday, he might look closer to home for their cause.  It is not the gun culture alone that must be overcome if reasonable limitations on military-style assault weapons and high-capacity ammunition clips are to be imposed.  It is the rights culture—the relentless assumption, which liberals pioneered and conservatives have accepted, that the Bill of Rights isolates the individual from considerations of the common good decided upon by the representatives of deliberate majorities.  The American founders did not see their handiwork this way.

The rights culture roosted in Newtown, Connecticut, in the preposterous claim that the Second Amendment, the only provision in the Bill of Rights that specifically announces its purpose—that being a well-regulated militia—permits the limitless ownership of all types of guns by all types of people in all types of circumstances.  The claim illustrates what Mary Ann Glendon has called “the illusion of absoluteness”—the false belief that rights can always be enjoyed in their extremities, without consideration for the needs or opinions of others.

Advocates of gun control, most of them on the political left, are justifiably pointing to the excesses of rights talk today.  But Newtown provides an opportunity for bipartisan reflection on the false absolutism and hyper-individualism of the rights culture. In this matter, liberals are not innocent.  It is the left that, for near to a century, pioneered the tactic of pressing claims of rights—understood as exemptions for the individual from the authority of the community—in the courts, short-circuiting the slow but sure political processes that require engagement with one’s neighbors and consideration of their views.  “We talk a lot around here about voting on rights,” said Rachel Maddow on an MSNBC broadcast.  “Basically, rights are rights because you are born to them; you don’t vote on rights.”

But there is a right to own guns, and it is difficult to see how it can be limited without voting on it.  The problem with the absolutist line is that it assumes politics has no role to play in determining what all rights have: namely, boundaries.  The framers of the Constitution recognized only one absolute right: the sacred liberty of conscience, and that only because it resided in an internal realm and was therefore literally impossible to regulate.  All other rights—from speech to guns—had public repercussions and were consequently subject to public limitation.

James Madison saw the Bill of Rights as a means of guiding political debate, not short-circuiting it: The amendments would constitute, he said in introducing them to Congress, “a good ground for an appeal to the sense of the community.”  Even in defending the freedom of the press, which Madison construed broadly, he acknowledged the ultimate right of the people’s representatives to determine its boundaries.

But the sense of the community has been forgotten in discussing rights.  The contemporary assumption, certainly at work in the extravagant Second Amendment claims of the National Rifle Association, is that the very definition of a right is that it creates a zone of autonomy for the individual on which the majority may not tread.  The concomitant assumption is that it is the job of the courts to protect that zone.  Consequently, when an individual believes the community has mistreated him, the appropriate response is not to persuade his or her neighbors but rather to run to the judiciary for relief. An assertion of rights has become the political equivalent of the child who takes his ball, stomps his feet and leaves the field.

Thus when the citizens of the District of Columbia decided their city would be safer if it banned handguns, the Supreme Court—in the case of D.C. v. Heller—told them they could not.  One need not resolve the wisdom of such a policy to see the revolution worked by the judiciary trumping the deliberate sense of a community in resolving the boundaries of rights. The resort to the courts to overturn the Affordable Care Act resulted from the same mentality.

But so does the use of the judiciary to overturn majorities on abortion or any number of other priorities prized by the left. That is not by any means to equate those issues with what happened in Newtown.  It is, however, to say there is an inescapable linkage in the absolutism surrounding rights that characterizes both sides.

Each claims its priorities are exempt from the judgment of the community.  Each is quicker to turn to the courts than to democratic persuasion.  Each claims its rights are absolute, without boundary, isolated from regulation, indifferent to the opinions of one’s neighbors.  Each amounts to a claim to do whatever one wants, whenever one wants, regardless of what others want.  And each is part of a culture of rights that, every bit as much as a culture of guns, must change if another Newtown is to be deterred.

Greg Weiner, who teaches political science at Assumption College, is the author of Madison’s Metronome: The Constitution, Majority Rule and the Tempo of American Politics (University Press of Kansas, 2012).