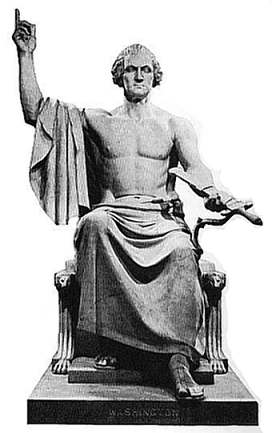 While I certainly sympathize with rightwing concerns about “p.c.” in academia, the fact is that the American conservative’s attitude toward education is often even worse than that of his counterpart.  After all, is it typically the liberal who complains about Macbeth eating up precious college classroom time that could be better spent on practical, real-world studies, such as Business Leadership Theory or Organizational Management Administration?  Ask a certain type of red-blooded red-state student why he’s at school and he will reply point-blank that the true idea-of-a-university is to provide goods and services to consumers of education, that the withering of the liberal arts curriculum represents increased efficiency.

Meanwhile cultural standards as such are regularly denounced as elitist by sycophantic cyber-voyeurs who swoon on command for celebrity superstars like Glenn Beck.  It seems that at best the Old World is the fertile muck from which the American lotus sprang up toward the sunshine of freedom.  At worst, Europe’s traditions of style, art, and class are seen as pretentious or even sinister — hence in many cases the villain of an action movie may be most quickly identified by his aristocratic bearing, good taste, and refined manners.  (All-American good guys are, in contrast, regular-joe mavericks who only drink Budweiser and gallantly refuse to salute their foes with anything other than the middle finger.)

So does this Oedipal attitude reflect something about America’s essence?  Is America a rebellion against Western culture rather than a particular branch of it?  Does the “American Way” signify a negation of Europe?

The American frontiersman was a type who emancipated himself from culture by abandoning the settled institutions of the seaboard and the European motherland.  Reveling in the new absence of restraint, he associated all kinds of forms with the machinery of oppression he had fled and was now preparing to oppose politically.  His emancipation left him impatient of symbolism, of indirect methods, and even of those inclosures of privacy which all civilized communities respect.

According to Weaver, the typical pioneer rejected “the more formal European way of doing things,” and came to view “the formal [as] the outmoded or at least un-American.”   It is as if Nietzsche’s diagnosis should be turned on its head, and the real disease of modernity is the Dionysian spirit vice the Apollonian.  Maybe to the frontiersman’s search for “a solvent of forms” we owe the publicly-professed creed of Tea Party champion Rand Paul:  “We believe in the creative-destruction of the marketplace.”

Those more optimistic about America’s place in Western civilization may observe that Weaver’s commentary on frontier life is an oversimplification.  Whatever desire the pioneer may have had to escape from “the settled institutions of the seaboard and the European motherland” was undoubtedly mingled with nostalgia, with cherished family history, with a memory of and yearning for an ancestral culture.  Deliberately or no, the trailblazer bore something of the Western tradition with him to his new land.

And it is also worth pointing out that Weaver hardly offered unqualified praise for cultural forms:  He was as aware as anyone that the traditions and institutions embodying the forms can degenerate and ossify, thereby becoming suffocating and dehumanizing.  Nonetheless such forms, traditions, and institutions are a precondition for human community, and some affirmation of them is needed for a human mode of existence.  To be “impatient of symbolism” is, ultimately, to be impatient with thought, ideas, and language itself.

Weaver knew well that literature can illuminate in ways that other lights of the psyche cannot, so in exploring the issue he raises it is appropriate to turn to The Great Meadow, Elizabeth Madox Roberts’ 1930 novel about Kentucky’s settlement.  A writer of critically-acclaimed poetry as well as prose, Roberts composed a lyrical narrative in which woodsmen like Daniel Boone and Benjamin Logan are envisioned as iconic figures in a classically-patterned (albeit distinctly modern) mythology.  Yet Roberts’ story of “Caintuck” is realistic as well as epic; the historical details, events, and character psychologies are based upon meticulous research — and upon oral history relayed to Roberts by elder kinfolk such as her grandmother.

To be sure, the restless drive described by Weaver is an essential element of the The Great Meadow — good fiction rarely fits fully into a one-sided reading — but the characters’ inescapable need for tradition and form is no less clear.  Of all these characters the most vividly depicted is Diony Hall, a young woman seeking to make sense of the world while accompanying her new husband on the trek from Virginia to Caintuck by way of the Cumberland Gap.  In one early chapter the prospective colonization program is imaginatively fused with the founding of Rome, as Diony listens meditatively to her studious father’s reading from Vergil: “Arma virumque cano…”  In another scene, she reflects upon her own self’s embodiment of the classical heritage:

Diony knew what name she bore, knew that Dione was a great goddess, taking rank with Rhea, and that she was the mother of Venus by Jupiter, in the lore of Homer, an older report than that of the legendary birth through the foam of the sea.  She knew that Dione was one of the Titan sisters, the Titans being earth-men, children of Uranus and Terra.  She had a scattered account of this as it came from between her father’s ragged teeth as he bit at his quid and spat into the ashes, an elegant blending of tobacco and lore and the scattered dust of burnt wood, the man who limped about before the hearth arising superior to his decay.

She could scarcely piece the truths together to make them yield a thread of a story, but she held all in a chaotic sense of grandeur, being grateful for a name of such dignity.  Her brothers called her Diny, and they were indeed earth-men, delving in the soil to make it yield bread and ridding the fields of stumps, plowing and burning the brush.

As mother of the love-goddess and grandmother of Aeneas, the Titan Dione was a symbol of the Latin order which transmitted Greek philosophy and Christian faith throughout the Mediterranean and beyond.  Thus thematically The Great Meadow focuses on propagation of Western culture, not flight from it.  In Roberts’ presentation the frontiersman is not a refugee from civilization; rather, he is civilization’s “herald to chaos.”

Perhaps this presentations is correct, perhaps not.  In any case those tempted to play the “un-American” card against Europhiles ought to keep in mind that a weightier counter-question is thereby invited:  Is America un-Western?

That is, can we only be “authentically” American by jettisoning the better part of the European experience?  By blotting from our consciousness every trace of non-liberal political thought, the classical notion of leisure, and feudal ideals?  Am I less American for regarding De Regno more sensical than the atheist’s Common Sense?  For finding more piety in a single line of The Aeneid than in the entire Jefferson Bible?

Hopefully not; but if “America” means anything like what Republicans suggest it means, even the gloomiest doomsayers underestimate the stickiness of the American predicament.  For in that case “America” would represent the most appalling filial impiety.  If the creative-destructionists are right, then to be an American is to be an ingrate — and not accidentally, but as a matter of principle.

A Husband in Winter

Some Children Must Be Left Behind