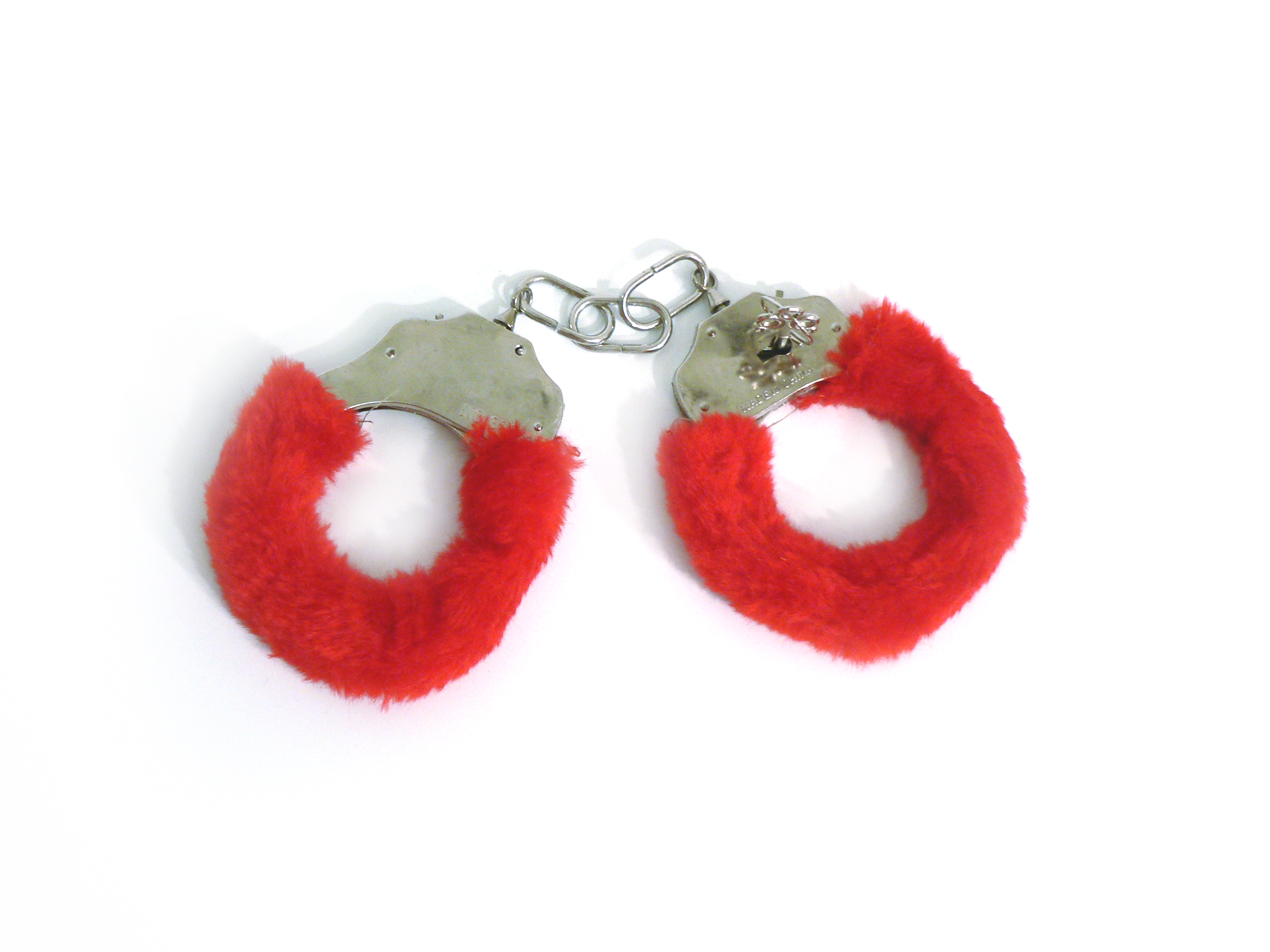 But the Gaga phenomenon goes beyond what meets the eye (or “meats” the eye, if you care to recall her getup at last year’s Video Music Awards). For all the unpredictability of her outfits, there is one thing that has been quite predictable about her work: Gaga’s constant equation of love with violence and humiliation.

Lady Gaga is the chanteuse of what she calls “bad romance.” Her lyrics return again and again to the idea that “love is revenge.” For Gaga, “I’m in love” means “I’m gonna punch him in his face.” She sings that “it’s not how big” he is that matters, but “how mean” he can be. “I like it rough,” she says. Her much-vaunted videos take this essentially sadistic theme even farther. More than one of them involve Gaga murdering her lover, and the “Haus of Gaga” is revealed to be a place where sex equals chains and coffins and corpses.

The more I bop along to Lady Gaga, the more I am convinced that the dominance of this theme in her work helps to explain her dominance in this cultural moment. Her constant equation of sex with humiliation explains her presumptive position as the iconic blonde of this American decade.

But before we can understand that connection, we need to linger for a few more seconds with the woman who called herself, quite credibly, “the iconic blonde” of the decade behind us. I’m talking, of course, about Paris Hilton.

How time flies! It’s hard to believe that it’s been more than ten years – that a whole decade has passed – since we first saw Miss Hilton’s vagina. I can still remember where I was when it happened to me. A friend e-mailed me a photo of Paris, with her naughty bits exposed, along with a note that read: “Now we’ve definitely seen enough of Paris Hilton!”

Little did my friend know, and little did I know, and little did any of us know, that there was more – much more – of Miss Hilton to see. We didn’t know that in the coming decade, we’d become almost bored by constant exposure to Paris’ nether regions. We didn’t know that up-the-skirt shots of young female celebrities – Lindsay Lohan, Britney Spears, and even an underage Miley Cyrus would become our daily feast. We didn’t know that those young women – and others – would spend the decade cornered by paparazzi, videotaped by their boyfriends during sex for purposes of extortion, and called a whore by literally millions of people who’ve never met them. (I’m not exaggerating; if you Google “Britney Spears” and “whore,” you get more than 15 million hits.)

We didn’t know, in other words, that the 2000s would be the decade in which being a sex symbol did not mean that you would be serenaded and venerated, but that you would be degraded and humiliated. Being well-known for being sexy became, in American culture, a guarantee that Perez-with-a-z Hilton would take your picture and draw his trademark fake semen all over your face. (Cute, right? I am pretty sure that I will not have any hope for this republic as long as Perez-with-a-z Hilton continues to thrive in it.) Be sexy, and be disgraced.

As went Paris and Perez during the 2000s, so went we all. The proliferation of camera-ready cellular phones, digital photography, and the Internet meant that anyone’s private passions could become fodder for public persecution. The sad story of Tyler Clementi, the Rutgers freshman who committed suicide after his roommate taped a romantic tryst, testifies to the way in which sex, in the last decade, became inseparable from the possibility of public humiliation.

Keep in mind that this was the decade of Lady Gaga’s adolescence. And consider:

Psychologists tell us that if a person’s early and adolescent ideas about sex are tied up with the idea of humiliation, that person is likely to become a sadist. According to the clinical definition, a sadist someone who isn’t just into hurting people for the sake of hurting people (as you might guess from popular depictions of sadism). Rather, a sadist is someone who has come to believe that the central dynamic of sex is to humiliate or be humiliated, to dominate or be dominated. And given his or her perception of that choice, the sadist chooses to humiliate, to dominate.

What’s true at the individual level often has its parallel at the cultural level. So if we acknowledge that the last decade is one in which Americans’ idea of sexiness has been all jumbled up with the idea of humiliation, we should expect there to be an emergent sadistic streak in the culture – that is, that as a culture we have learned to operate on the premise that you either humiliate or be humiliated, you either hurt others or be hurt yourself.

And indeed, as we would expect: the sadistic voice is strong among us. This is the voice that in our self-help books tells people that dating is about the choice of ruling or being ruled (forget about a more egalitarian vision), the voice in our politics that says it’s “them or us” (whoever the “them” and “us” might be). It’s Sarah Palin saying, essentially, “drill or be drilled.” Remember that line in Talladega Nights – where Will Farrell’s dad tells him, “if you’re not first, you’re last”? It’s so hilarious because in the movie we recognize it as so absurd. But it’s exactly the message that, as everyone Lady Gaga’s age well knows, American parents are now repeating over and over again to their kids. If you don’t dominate other kids – at the SATs, at your violin recitals, in your community-service resume – you will be dominated. And you won’t get into college, or you won’t get a job, or whatever.

It is of course to that sadistic streak that Lady Gaga’s music and videos speak. She is the hero of the sadistic fantasy: the poisoner of boyfriends, the torturer of prisoners, the girl who becomes your paparazzi, the woman who’s “bluffin’ with her muffin.” In her music and videos, love and sex are a battle in which its kill or be killed, and Gaga is always the one who does the killing. Even in her interviews, she speaks in the clearest of sadistic terms. “They can’t scare me,” she told one interviewer, “if I scare them first.”

In general, sadism is a post-traumatic condition, and so perhaps it is no wonder that the author Chris Hedges, in his recent book Empire of Illusion, calls a “post-traumatic” culture. Why post-traumatic? Well, the 2000s were a decade in which the nation encountered new and unexpected terrors – and I’m not thinking primarily of the attacks of September 11, 2001, and all their fallout.

I’m thinking of the fact that the 2000s were a decade where we suffered the trauma of learning that all our highly vaunted new technologies – cell phones, Internet, digital whatevers – did not mean that we had created conditions for a new age of democratic human flourishing, as we had imagined. (I remember going to an event in Manhattan, back in 1999, and how everyone there – with the exception of the Nation author Jon Leonard – honestly and fervently believed that the Internet was going to mean the end of big money in politics, the end of big business, and the rise of a new egalitarian, more loving, age. Doesn’t that sound awfully quaint now?) Those technologies liberated us in some ways, to be sure, but they also brought new kinds of terror into our lives, from the possibility that we could easily drunk-text our ex-boyfriends or drunk-e-mail our colleagues, to the possibility that our kids could be targeted by predators while sitting in the living room, to the possibility that your very “identity” could be “stolen” in one way or another. Even before the recent economic collapse, it was a decade defined by its everyday terrors, terrors unprecedented in recent cultural memory.

Into this traumatized culture stepped Lady Gaga, who not only channeled the emergent cultural belief that it’s all about “kill or be killed” – but also channeled that belief into catchy songs and pretty stories in which she is always the killer. Through her, we live the sadistic fantasy of hurting before we are hurt, beating before we are beaten.

She’s our post-Paris, post-traumatic poster child, the idol of our latter-day tribe. Gaga’s not that different from any of us really, no matter what she wears, not the singularly pathological figure that some have made her out to be, but a means for figuring the almost pathological costume that hangs over us all.