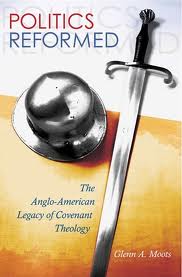 The study of political theology has experienced something of a resurgence in the last decade or two. The concept of political theology had fallen on hard times after the publication of Carl Schmitt’s book by the same name, not necessarily due to any disagreements with parts of Schmitt’s thesis – indeed, his argument that modern political theory is a secularization of Christian theology and that liberalism is a particularly pernicious gutting of the desire for truth, has been taken up by many commentators. No, it was his conception of sovereignty and his subsequent entanglement with the Nazis that discredited Schmitt and cast the idea of political theology into the shadows.

This issue becomes especially interesting if we consider the American context, a place where theology both matters and matters not at all. Stanley Hauerwas has complained that in America the object of theological reflection is America itself – a criticism that has some truth to it, but may not be as big a problem as Hauerwas assumes it is. A lot hinges here on how one sees the theological relationship between creation, redemption, and sanctification. Much can be made of the idolatrous nature of America seeing itself as a “Redeemer nation” – and indeed, this will be a problem if one assumes God’s holiness is communicable. Surely Americans have been susceptible to this temptation. But I’m not so sure that this provides an adequate theological framework for understanding America.

There’s a lot more to be said about this than I can or will say in the space of this essay, but I’m thinking there is more to an American theology than meets the eye, for it involves in some fashion keen attention to the question of how God is present in the world and makes the world holy through His presence.

On this score America hasn’t operated ex nihilo but has worked within and through an impressive tradition of convenantal thinking. This tradition is expertly explored by Glenn Moots’ return to political theology in his Politics Reformed: The Anglo-American Legacy of Covenantal Theology (Columbia: University of Missouri Press, 2010). Moots gives a detailed and erudite account of how covenantal theology both shaped political order and gave an account of how human beings could best be simultaneously religious and political.

Moots operates at all three levels of the theological enterprise: descriptive, critical, and apologetic. Even if the concept of covenanting may seem like a narrow part of the theological enterprise, Moots carefully unfolds the full range of its political and ethical implications while at the same time remaining firmly grounded in Biblical religion. With scholarly precision, Moots unfolds the process by which representative thinkers figured out how best to balance the twin problems of the relationship between individual and corporate responsibility with the reality that God is somehow present and active in the historical process.

The bulk of the book is spent looking at the development and permutations of the idea and use of covenanting in a range of Protestant thinkers going back to the earliest days of the Reformation. Particularly important is the detailed treatment Moots gives to Heinrich Bullinger, a near-contemporary of Calvin’s whose fame isn’t as extensive but whose theology and influence do not suffer by comparison. The resurrecting of interest in Bullinger is one of the chief virtues of Moots’ book. The importance of Bullinger in this context relates to the use of covenants in seeing church and state working together in terms of the salus populi, and in providing legitimacy to secular rule.

Moots handles the conflict between Calvin and Bullinger with a genuinely deft theological touch. Rather than simply concentrating on political outcomes or disagreements, Moots ventures into the thickets of theological controversy and demonstrates how contrasting ideas of church state relations emerged not as ad hoc arrangements between secular and ecclesiastical authorities, but rather were grounded in theological beliefs themselves, particularly those involving the problem of predestination and the separation of the wheat from the tares. Moots makes, therefore, another significant contribution to the growing body of literature that sees modern political theory not simply as a rejection of Christian theology, but as emerging from within it. Any reader will walk away from the book impressed with Moots’ theological breadth and grasp.

By carefully unraveling the various threads and types of covenanting, Moots shows how theology shaped relationships between civil and ecclesiastical authorities in the crucial period between 1500 and 1700. Significant in this regard was the development of the idea of a “covenant of works” which would be binding on all persons regardless of their state of ecclesiastical fellowship (the covenant of grace). “Just as these two covenants worked together in the economy of salvation, so the civil and ecclesiastical could work together in the polity.” (80) This, coupled with a deeper understanding of the role of conscience in the process of redemption, allowed for a greater understanding of how to balance the public and private elements of religious belief and its foundational role in creating public order.

Moots moves his way through the turmoils of the English Civil War and the Scottish Reformation and shows how the theological controversies led to the development of the idea of “National Covenanting” – connecting the covenant to a particular regime or people. His treatment of the conflict between the Presbyterians and the Independents is particularly valuable in this regard, showing how the latter were more likely to end in millenarian apocalypticism. If indeed American exceptionalism might involve a certain Messianic impulse, Moots draws our attention to the fact that the best response to that is not a de-theologizing of our politics, but a re-theologizing that offers alternate understandings of the Church, sin, and grace.

Any examination of early America at least until the Second Great Awakening cannot but be impressed with the prevalence of covenantal thinking, even where it went under severe scrutiny, such as in the case of Roger Williams. A close look at early American documents show how ecclesiastical and civil authorities, whatever the particulars of their arrangements, worked hand in hand in the effort to create “Godly citizens.” Indeed, when coupled with the emphasis on conscience, this theology became essential in developing the idea of religious freedom that helped foment revolution, (114) and ultimately became the basis for a well-developed concept of ordered liberty.

“It was under the leadership of Reformed Protestants that some of the best innovations of modern politics took root. This includes the separation of church and state…moral condemnation of tyranny as abuse of popular trust, and the accompanying doctrine of resistance.” (133)

This leadership concerned itself with maintaining the purity of the church while being attendant to the increasingly complicated facts of modern political life. This tension proved to be quite overwhelming and led to the dissolution of covenantal thinking, for “Even the great piety of Americans could not hold save the covenant.” (135)

For those of us who still hold out hope for America – despite its excesses, its avaricious appetites, its contaminated public square – who think that it, if it can draw on the best of itself, can still be a hope for mankind, Moots’ book is a good reminder that America can achieve its promise not by accepting bad theology, or by dispensing with theology altogether, but by reimagining in this time of crisis exactly what its political theology ought to look like. Our great leaders in the past have done this, and it now rests on our generation to do the same.