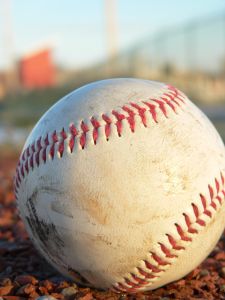 Grove City, PA. Opening Day, 2011 Dutifully following the links provided by FPR’s editors, I noticed that along with Wendell Berry at the White House to accept his Medal of Freedom was not only Wendell’s good friend and poet Donald Hall (fitting) but also Jacques Barzun (bizarre).  Bizarre not because Barzun is not deserving, but who knew that venerable man of letters could still be alive? I don’t really know Barzun’s work—so don’t ask—I know baseball. And Barzun wrote famously and forcefully about the emerald chessboard. Since Opening Day snuck up on us this year (to avoid any unnatural November World Series games), consider the epigraph above.

Right off the bat Barzun’s pitch about baseball strikes us now as coming out of left field. First asserted in the 1950’s, his famous assessment of baseball’s place in American culture then seemed to cover all the bases and was as uncontroversial as it was incontrovertible. Now, however, many voices would cry foul at Barzun’s claim and attempt to controvert him by either dismissing his thesis as off-base or by picking him off as a screwball French critic. But such bush-league de-mythologizers cannot help but whiff when they step up to the plate and  try to play hardball with a big league cultural historian such as Barzun who really knocked it out of the park by indentifying baseball as the heart and mind of America.

First, Barzun’s argument does not necessarily require baseball to be the national pastime.  For much of the twentieth century, and especially when Barzun wrote his God’s Country and Mine: A Declaration of Love, Spiced with a Few Harsh Words, baseball was unarguably how America passed its time.   No matter how one measured the cultural phenomena of baseball—playgrounds and schoolyards, inter-generational appeal to fans, professional attendance records, media attention—no single other sport or entertainment outstripped it. In the twenty-first century baseball finds itself in a far less privileged position: its status dimmed by the growth in marketshare of other professional sports, especially football, and more dramatically by the domination of entertainment media.

If the playground is the test, sure there may no longer be a backstop, but the kids aren’t playing on the gridiron either—or engaged in a sport at all. They are gaming. It’s the wii you got them for Christmas, the guitar hero as a birthday present that occupies their time. Or Facebook. Or whatever.com. The cultural shift that has occurred is not that football has replaced baseball as the national pastime but that nothing has become our national pastime. That is, no one sport or activity captures the whole-hearted attention of multiple generations of Americans the way baseball used to. So much for “pastime,” but what about baseball as at least still America’s Game?

The Amish have deemed one modern sport suitable for their community–baseball. Similarly, the spread of America’s game throughout the world in the twentieth-century was not by force but by the virtues of the game itself. Baseball as a game depends on distinguishing fair from foul. The countries who have successfully adopted baseball have adopted at least within the sport the best and most noble virtues that typify America—principally, the meritocratic and dynamic yoking of individual excellence with harmonious teamwork. These virtues, the virtues that are borne by the game between the white lines are what charmed Barzun. And what continue to charm.

The beauties of the game itself remain unchanged, and it is the timelessness of those beauties that make Barzun’s declaration timeless. These beauties are why baseball survived the Black Sox scandal, overcame racism and integrated on its own without government intervention, persevered despite the advent of the designated hitter, and will outlast the consequences of the steroid era. In its complicities, tolerations, repudiations, and expiations, baseball has mirrored both America’s vices and virtues. It can switch-hit.

For some, I realize, Barzun sounds like the ultimate seamhead—celebrant of baseball’s mythic and glorious past—and his reading of baseball as the ultimate allegory for America’s “heart and mind” no longer seems to be in the ballpark. But concerning the obsolescence of baseball, our language at least says it ain’t so. I have managed here in these few paragraphs a score of baseball idioms—baseball expressions that successfully convey meaning beyond the game itself for readers who have never played or followed the sport. We may not feel about baseball the way our fathers did, but no other game has so enriched the way we think. Moreover, the histories of baseball and of America are entwined forever and both are with us still. Barzun’s pitch about baseball, therefore, hasn’t really gone foul—we all recognize a mixed metaphor when we see one—but that pitch over the last several decades has changed speeds. Baseball continues to be relevant in our culture, for the Amish, and in our hearts and minds whether we realize it or not. Wouldn’t we all rather swing away than sacrifice? But aren’t we all called to sacrifice at times for the sake of others? Don’t we all long to be safe, to not to be put-out or to strike out, and to make it home? I’d say Barzun hit a home run.

Optionality and the Intellectual Life: In Gratitude for the Real World Risk Institute