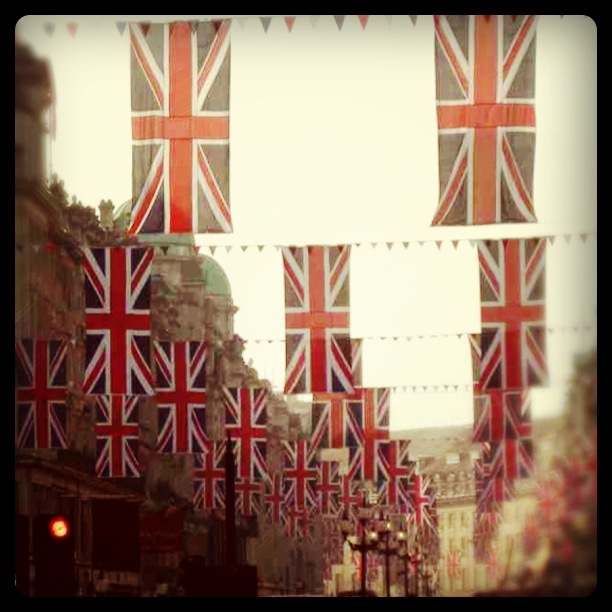 Not London, England. On the eve of Prince William’s wedding I am reminded of the last book in Anthony Trollope’s Palliser series, concerned as it is with the marriages of titled people to commoners.

Among other things The Duke’s Children is a book about the barriers of class, and the reasons for those barriers, and the reasons why those barriers might be breached; the middle-class Mr. Trollope is greatly interested in both nobility of degree and nobility of education and character. My Anglophilia is more Shakespearean than Windsorian, and my social circle is aristocrat-free. But the ideal of an aristocracy in the hands of a good novelist is well worth reading.

The Duke is grieved when his only daughter, Lady Mary, gives her heart to the younger son of an old English family, a prepossessing but penniless young man who loves her but who also intends to keep her in the luxury to which she is acccustomed by living on her money. The Duke is grieved again when his elder son and heir, Lord Silverbridge, wants to marry a wealthy and beautiful American, who has charming manners and a learned father but whose pedigree is two generations removed from the docks.

Omnium is a political Liberal whose honest intentions to improve the education and aspirations of the common man do not extend to lowering the social connections of his children. But, loving those children, in the end he gives in and sets himself to love the people they love, as Trollope assures us from the beginning he must.

Along the way there is much discussion about the necessary obedience and obligation within families, of the difference between personal friends and public acquaintances, and of the need to hold to standards of behavior that are well above what any law can require—in other words, the proper way for any of us to act in private and in society, and in particular the aspirations and obligations (not always met, in any age) of an aristocracy.

Here in the New World in the 21st century we idealize meritocracy, even though our meritocracy at times conspicuously lacks merit. And so to some modern minds the standards of an aristocracy of both class and character might seem not so much antique as a relief. After all, an aristocracy is supposed to be a meritocracy maintained over time, preserved within certain families, which hold to certain high standards of behavior and patriotism.

Speaking ideally. Perhaps the romance of that ideal is one good reason to be watching,  early Friday morning.