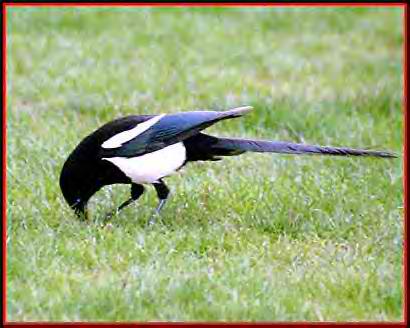 My spies tell me there’s a New Thing out there that will improve education. It’s an “inexpensive” battery-powered “clicker” that an “innovative teacher” can put into the hands of his or her students. This “clicker” will enable students to register an opinion on a given question; it will then instantaneously display that opinion on a screen in the “learning environment” formerly known as a classroom.

The New Thing can do this because it is “interfaced” with another New Thing, also “inexpensive,” and all that is required of “teachers,” who by default care about student opinions and are interested in “implementing technology in their pedagogies,” is that they be impressed by this New Thing—as, say, small-mouth bass are impressed by every shiny lure that goes spinning by their judicious gaze.

Gone are the days when you can ask for a show of hands, which takes a lot of time and requires a decentralized form of free energy. “Technology” can tell you exactly how many nineteen-year-olds, all of them well versed in the literature, think that “abstinence should be taught alongside ‘conventional birth-control methods’ in sex-education classes.” With only the slightest digital exertion a student paying to be educated can tell you whether he or she believes that “side airbags should be mandatory on all new passenger vehicles.”

At last learning is fun, for the makers of New Things have taught us teachers to “implement high-impact strategies” and to “value student input and opinion.”

Thanks to “technology,” which once meant “a systematic treatment of an art,” the word “opinion,” a noun formed on the verb “to opine ” (which once meant “to judge” or “to think”), is now something like “a feeling,” as in “I feel abstinence should not be taught alongside conventional birth-control methods in sex-education classes because I feel that people are just going to have sex no matter what.” Or “I feel side airbags should be mandatory on all new passenger vehicles because I had a friend who was in a car accident once and I’ve been thinking about this for a long time now.”

And how long would that be, my dear?

“As long as it took me to like push the little button on this little clicker? Which let me just say I love, because now my opinion matters? I feel technology in the classroom is so important, because you can like express your feelings instead of just listening to a boring lecture? On some book you didn’t even need to read anyway?”

Thank you, Mackenzie. Would anyone else, whose opinion is equally valid and valuable, care to respond to that?

William Stafford, in that fine poem titled “A Ritual to Read to Each Other,” said, “the darkness around us is deep.” Were he with us today he’d despair of finding the halogen lamp that could cut the thick enveloping darkness.

Perhaps it is naïve of me to say that we’re at a crossroads in education, for it may well be that we came to the crossroads long ago, that we weren’t paying attention, and that now, like Young Goodman Brown, we’re well into the forest of sin and error, where the darkness around us is deep indeed. But if we are at crossroads, I would like to go on record as saying that the most important thing we can do right now is turn resolutely away from any gadget more sophisticated than chalk and insist that students learn at least three languages, one ancient and two modern. Of those modern languages one should be English.

How to do this? It’s pretty hard to say, given the widespread gullibility of teachers duped by clickers and the unassailable ignorance of administrators obsessed with “outcomes,” “assessment,” “diversity,” and “student satisfaction indicators.”

For the truth of the matter is that we’re no longer interested in education. We’ve got a slick racket to maintain, a massively expensive Ponzi scheme to keep going. We’re living paycheck to paycheck, not very wise but clever enough to know that if we prove to be magpies in the classroom we can bankroll our efforts to graduate more magpies.

And that’s really good for the economy, which insists that we chase down every shiny thing we see, including classroom clickers.

But only a passing acquaintance with Greek—nay, a mere willingness to consult a good English dictionary—would tell us that “economy,” presently understood, is essentially another word for permissible theft. A little linguistic awareness would instruct us in a true economy, which we might legitimately call the “technology of housekeeping.” And after careful deliberation—perhaps even without a clicker—we might come to understand that you can’t keep house on a global scale. We might object, on etymological principle, to the “global economy.”

I see there is some disagreement. Please go online tonight and discuss this with your classmates. Invite others to join in. Remember to be respectful of other people’s opinions.

I will be told that “meanings change,” that meaning is “conventional,” not “given,” and that magpies are actually very intelligent.

For all I know, magpies are intelligent. Good for magpies. All I’m saying is that we are not. We’re like small-mouth bass, and we’ve swallowed the technological treble hook. Whether we’re being reeled in by a catch-and-release sportsman or by something more sinister is a matter of opinion–that is, of judgment and thought. But make no mistake: we’re being reeled in. My own opinion is that our educators, who ought to know better, are being reeled in by a left-handed fisherman.

And as for meaning: well, we’ve been lied to, and that’s one reason we’ve taken the bait. That meaning changes is certain. That it is conventional is also true. But that it was not at first given will require better demonstration than we’ve had from the magpies. That point is matter for another day, grist for another mill, but for now let us endeavor to know older meanings, even if they too are conventional. There’s value in such knowledge.

Young Goodman Brown wasn’t looking where he was going when he came to the fork in the path. Soon the darkness around him was deep. Hawthorne’s narrator tells us that “they carved no hopeful verse upon his tombstone, for his dying hour was gloom.”