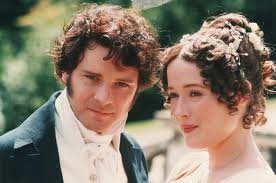 Kearneysville, WV. Recently at the University of New Hampshire, Vice President Joe Biden announced new federal guidelines for fighting sexual assault on college campuses. Biden’s speech included such truisms as “no means no” and “rape is rape is rape.” He continued:

True enough. However, that the Vice President of the United States believed it necessary to make such emphatic proclamations is suggestive. After all, who would question such things? Apparently plenty of young men, at least if we take Biden’s passionate speech (and new federal guidelines) as indicative of a problem.

In a recent broadcast of NPR’s On Point titled “Are College Campuses a Hostile Environment for Women?” guest Dorothy Edwards stated that one in five women are raped as undergraduates. The number, if true, is staggering. She admitted that, despite this high incidence, a relatively small number of men are perpetrators, for serial rapists account for many of these attacks. Nevertheless, if she is anywhere near correct, it doesn’t appear as if the typical college campus is as safe for women as one would hope.

Of course, the issue of rape on college campuses gets fuzzy when the subject of “date rape” enters the picture. This is made all the more confusing when alcohol is added to the mix. Does regretting a sexual encounter the morning after a drunken binge qualify as rape? Clearly not, but the haze of alcohol or other substances surely impairs judgment, memory, and communication.

Nevertheless, the advent of the so-called hook-up culture has fostered expectations among young men that encounters with co-eds naturally lead to no-strings-attached sex. Sex is not preceded by an altar, commitment, “I love you”, or even a decent conversation. In a hook-up culture anonymous sex is not a scandal but, it would seem, the ideal, for when sex is depersonalized, it cannot lead to the complications associated with affection, vulnerability, and the desire to sacrifice for the good of the other person.

In a pornographically saturated culture, the sexual imaginations of boys and girls will be shaped in ways that lead to a variety of unhealthy attitudes toward sex including, not surprisingly, a coarsening of the relations between men and women and the temptation to look upon members of the opposite sex as merely objects of sexual gratification. That these habits of mind would lead to a culture of hook-ups and rape is quite unsurprising.

Wendell Berry in his essay “Sex, Economy, Freedom and Community” writes that

in sex, as in other things, we have liberated fantasy but killed imagination, and so have sealed ourselves in selfishness and loneliness. Fantasy is of the solitary self, and it cannot lead us away from ourselves. It is by imagination that we cross over the differences between ourselves and other beings and thus learn compassion, forbearance, mercy, forgiveness, sympathy, and love—the virtues without which neither we nor the world can live.

Which leads me to Jane Austen. I recently read Pride and Prejudice with a group of bright and engaged students. The experience was, in some ways, rather jarring, and in no way are the differences between Austen’s world and ours more manifest than in the area of sex. Pride and Prejudice is in many ways a comedy of manners, especially manners governing the relationships between men and women. And the cultural whiplash one feels when moving from the world of Elizabeth Bennet and Mr. Darcy to our world of hook-ups and porn is disconcerting. Try, for instance, to imagine Elizabeth and Mr. Darcy (Lizzy and Fitz no doubt) hooking up. It is impossible. Given who they are and the value they place on propriety, constancy, amiability, and marriage, to imagine them participating in the hook-up culture is to debase them. It is to seriously damage their integrity as persons. How could it do anything less?

We must, at the same time, acknowledge that sexual rogues were not invented in our day. Mr. Wickham lurks in the pages of the novel, yet social conventions weigh heavily upon him and while he seems quite willing to accept the sexual favors of the foolish Lydia, forces are quickly arrayed to compel them to marry. Mr. Collins, himself, is convinced that when a woman says no, she really means yes and therefore continues to ply is modest charms on Elizabeth who refuses him in the most strenuous terms. Yet Mr. Collins, to his credit, is appealing for Elizabeth’s hand and not attempting to intimidate her with the threat of sexual brutality as was clearly the case recently at Yale University where a group of frat boys gathered near the dorm where most of the freshmen women live and chanted “no means yes” and added an obscenity that would make the vilest of Austen’s characters look like choirboys by comparison.

Yale University (and the U.S. government) is attempting to deal with this climate of misogyny by clarifying the legal constraints laid out in Title IX; however, the problem is clearly not one that the law is suited to address. When community standards become so fragmented that pornography is protected as free speech and the consequent frat boy intimidation of young ladies is seen by the boys as acceptable, no amount of legal clarification is going to make much of a difference. That these boys were not immediately expelled from Yale is indicative of the moral dimness that prevails. That a contingent of gentlemen did not beat them beyond sense is a palpable loss.

Austen’s sexual vision is deeply rooted in two complementary ideals: respect and self-restraint. These twin ideals are no better illustrated than in Darcy’s question to Elizabeth near the end of the book. Elizabeth has previously refused Darcy’s offer of marriage, but circumstances have led him to imagine that perhaps her opinion has changed:

You are too generous to trifle with me. If your feelings are still what they were last April, tell me so at once. My affections and wishes are unchanged, but one word from you will silence me on this subject forever.

Darcy loves Elizabeth, yet his respect is such that he will not pester her with entreaties if she tells him no. He does not want to make her uncomfortable and he surely does not want to win her hand by pressuring her to be his bride. His self-restraint will make good his promise never to mention the matter again if she but says the word.

Because Elizabeth has spent nearly a year getting to know Darcy, she has become quite familiar with his virtues as well as his faults. As she has come to know him, her respect for him has steadily grown, yet her restraint is depicted as proper and even lovely, especially when seen in light of Lydia’s crass and obnoxious attempts to garner the attention of men.

Admittedly, Austen’s world is idealized, yet consider this: who would you prefer your daughter to bring home? 1) a young man whose sexual imagination has been formed by Jane Austen along with Homer, Virgil, The Song of Solomon, Dante, and Shakespeare or 2) a young man who has spent the last ten years of his life fantasizing about women whose images he has objectified and consumed through pornography? Who will make a better husband? A better lover? A better father? That so many of our young men are being shaped by pornography does not bode well for our young ladies or for our society as a whole. If we are witnessing the passing of the gentlemen, there is much to lament. Although the path is difficult and the outcome uncertain, perhaps it’s time for the gentleman to stage a comeback.