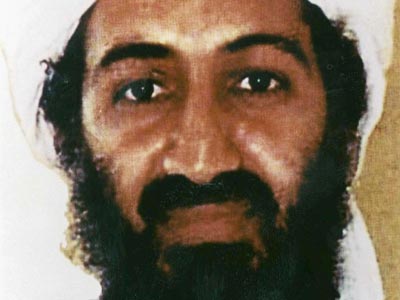 That’s a terribly unChristian thing to say, I know. To speak in moral terms–to speak of “desert”–in matters of war is to invariably invest those actors which participate in war–in other words, to invest states like our own, to say nothing of terrorist cells and other organized bodies such as those Osama bin Laden lead and inspired–with a level of moral significance that is frankly idolatrous. Bin Laden, the enemy of the United States, the enemy of all that the United States stands for, is finally dead! Righteousness wins, evil loses! That’s the sort of way of talking which opens up all sorts of abuses, which leads one into all sorts of disturbing equivalencies. There’s plenty of room for moral judgment when one looks at the consequences of actions; there’s no need to take up those consequences and turn them into game of winners and losers, of deserving and undeserving, of God’s favorites and those whom God wouldn’t mind being blown apart by an bomb. The moral plane of the universe is not somehow improved by the killing of a man. “Rejoice not when thine enemy falleth, and let not thine heart be glad when he is overthrown”–the author of Proverbs had it right.

I believe all that….but I still think he deserved it. He deserved it, because he lead and inspired actions whose consequences, in a very real and specific way, not only left nearly 3000 human beings dead, and which gave rise to an occasionally desperate and often mismanaged war which has killed many thousands more (both innocent and guilty), but which have also generated pathologies that have plagued and damaged American politics ever since. He was hardly solely responsible for these results, but neither could he ever escape the blame.

Are you frustrated by the loss of civil liberties which The Patriot Act represents? Blame Osama bin Laden.

Are you disturbed by the bureaucratic mentality which has decided, in the mad pursuit of absolute safety, to treat ordinary citizens as suspects to be manhandled and debased by the TSA every time they get on a plane flight? Blame Osama bin Laden.

Are you embarrassed by the vaguely racist and often paranoid accusations which have haunted our rhetoric and our relations with other states over the past 10 years? Blame Osama bin Laden.

Are you concerned about the expansive complications and enormous costs which the United States has piled up, not only in terms of the blood and treasure expanded (perhaps necessarily…but then again, perhaps not) in Iraq and Afghanistan, but also in terms of entanglements with numerous onetime foes, and disagreements with numerous onetime allies? Blame Osama bin Laden.

And are you troubled that the United States, a country founded on revolution and independence, has spent a decade sincerely playing around with the possibility of unapologetically embracing a new role as a “democratic empire,” one committed to waging an endless “war on terror”? Well, again, blame Osama bin Laden.

I’ve not doubt that many millions of people will quite sincerely, and reasonably, see the news this night as pretty straightforward: this is a success, a triumph for soldiers that have suffered too much for much too long, and a richly deserved bit of payback for the horror of September 11th, 2001. I remember the horror of that day well, as do millions of others, and I can remember the slow realization about the challenge which Osama bin Laden’s ideology posed to the American way of life which followed in the weeks and months afterwards. All of which was true.

But what I didn’t realize until much later was that the pre-occupation we had with that threat was itself a perhaps even deeper threat to the American way of life…a way that, whatever else we all disagree upon, really shouldn’t be a life conditioned by endless low-level wars, and the costly divides in American life they give rise to. We did that to ourselves, but Osama gave us the pretext for doing so, and for that, I guess he deserved what he finally, finally, got. If only I could believe that a well-executed firefight could rid us of all the civic and international damage he has left in his wake.

On the Porch with Bye, Bye, Miss American Empire

Come Home, America: Prospects for a Coalition Against Empire