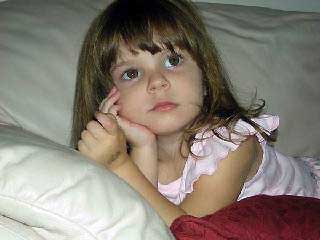 Alexandria, VA In the wake of the “not guilty” finding in the Casey Anthony trial, large numbers of outraged individuals have begun a campaign for the creation of various State and even a Federal version of “Caylee’s Law.” In addition to such an effort in the state of Florida, similar legislation is being explored in states such as Georgia, Kansas, Louisiana, New Jersey, New York, North Carolina, Ohio, Oklahoma, Pennsylvania, South Carolina, Texas and West Virginia. This law would promulgate strict requirements under which parents or guardians would be expected to report a missing and deceased child to police. Under such a law, it can be presumed, such actions as that of Casey Anthony would have led to a guilty verdict – if not for murder, at least on the scandal of a parent failing to report a missing child.

The law is clearly a response to the outrage and anger felt by thousands if not hundreds of thousands of people in the wake of the Casey Anthony verdict. Yet, what would be the expected efficacy of such a law? Can it really be expected that it would deter what must be a infinitesimally small number of parents who would not immediately call the police at the slightest suspicion of a missing child? (Let’s face it – if anything, most parents are likely to contact authorities before checking all the likely places a child might be).

The pressure to pass such a law is most obviously an expression of thwarted vengeance, an outburst of outrage and frustration toward someone the public believes got away not only with murder, but the murder of her own small child. This is an understandable human response.

But it seems also plausible that the pressure to pass such a law reflects more deeply the anxieties and fears of many that the fabric of informal social norms have become so frayed that only the impotent passage of largely pointless laws can give some comfort in the belief that there is some kind of replacement. What strikes one about Anthony’s is how relatively “normal” they are in today’s America. The Anthony’s had moved to Florida from Ohio, indicating a normal “mobile” American lifestyle. They live in a suburban neighborhood in Orlando, one of innumerable such “communities” where people can live in relative anonymity amid proximate families. As of 2006, there were 12.9 million single parents raising over 21 million children. Some four million of those single parents live with their parents. The stories of Casey’s insecure employment history is not unusual for many young people today, particularly for under-educated single mothers. The anxiety provoked by the Casey Anthony story is not born of the perception of someone so wildly different from the way many Americans live today; it arises from the deeper perception that this is the way that many more of us are likely to live in America today.

In his recent book The Origins of Political Order, Francis Fukuyama seeks to explore the question of how more advanced industrial societies have moved away from “kinship relations” of more “primitive” societies to more complex societies of strangers in which our relationships are based on impersonal legal and economic relationships. Fukuyama – still evincing his characteristic progressive worldview – regards these advances as an inevitability of evolution itself, a sign of our greater advancement. But these very “advances” render us increasingly strangers even to those near to us – not only our neighbors, but our own children and parents. Our liberation from “kinship” is based upon our increased ability to artificially create radical forms of isolation from even those kinship relations. As Fukuyama correctly notes, “that individualism seems today like a solid core of our economic and political behavior is only because we have developed institutions that override our more naturally communal instincts” (29).

The calls for lawmakers to “do something” in the wake of the Casey Anthony “not guilty” verdict shows the limits of our impersonal age. Lacking confidence in the remnants of the social norms (not legalisms) upon which those kinship cultures were based, we turn now to the law to instruct fellow citizens how to behave with their children. The passage of such laws, far from indicating a triumph of our greater civility, reveals its unceasing attenuation and even breakdown. Our anxieties will only be stoked, not relieved, and each “solution” will only exacerbate the root causes of our deeper alienation.