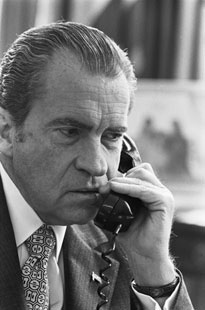 All religious groups have their internecine squabbles and the places where such fights take place. They used to be confined to magazines and journals, and so only followed by the faithful who subscribed or who lived near a theological or church library that took the periodical. These in-house fights did not necessarily cause any grief or shame for the believing community because no outsider generally paid attention. Reformed Protestants might debate membership in the Masonic Lodge, Lutherans the merits of Charles Wesley’s hymns, or Roman Catholics the benefits of meatless Fridays. But these internal skirmishes seldom affected the way that outsiders perceived these groups because outsiders were usually ignorant of the squabbles or their significance.

The internet has changed some of this. What once was confined to a select mailing list and readership is now available to anyone – from the village atheist who wants to mock his Presbyterian neighbor to the ideologically biased journalist wanting to expose the odd beliefs of a political candidate.

What has not changed, however, is the constituency for whom such debates mattered. In most cases, the intended readership was also the group for whom the debate had the most bearing. If a religious communion ruled that membership in the Lodge was incompatible with church membership, the reader who was thinking about joining the Masons paid attention. But the debate had no such interest from the reader’s Jewish neighbor. If the neighbor were a Mason, then perhaps he would not enjoy the company of the Reformed Protestant who lived next door at the annual silent auction. But chances are the neighbors could find other outlets for camaraderie.
Sometimes, though, the subject of the private religious debates bear directly not only on communicants but also on those who are not members of the group. This is what is happening among certain Protestants who claim that the Bible should be the norm for all of life, including politics and government. The New Yorker piece about Michele Bachmann kicked up a lot of dust about this subject, and the overwhelming response on the Right, both religious and cultural, was that reporter in question, Ryan Lizza, was simply conducting a hit piece on a prominent evangelical candidate. Some countered that even if Lizza was wrong to label Bachmann a “dominionist,” he did have a point when wondering exactly how far Bachmann’s desires to restore Christian norms in the United States would go.

What still needs attention, especially from those who dismiss criticisms of the Religious Right, is how widespread the among conservative Protestants is an understanding of special revelation and natural law that has direct implications for the neighbors of these Protestants and whether these non-Protestants have any legitimate place in a public life that has Scripture as its norm. Full disclosure: this is an in-house debate in which I am a disputant and which has prompted rival interpretations of Protestantism. But this contest is about more than the character of a particular theological tradition. Because it involves claims about the public order, it includes both Protestants and non-Protestants. Why the proponents of a biblically derived moral consensus don’t wonder how their Jewish neighbors will hear their Christian claims I do not understand. And why the journalists who don’t adhere to the biblically derived moral order don’t recognize its potential for altering their lives is a mystery (that I have wondered about elsewhere).

A recent example of the in-house skirmish comes from an article published in the English evangelical periodical Themelios by Dan Strange, a Lecturer in theology at Oak Hill College in London. Chances are, no one outside the narrow confines of Calvinistic evangelicalism will read his piece, which is an effort in part to show the error of two-kingdom thought among contemporary Reformed scholars. But again, since Strange is addressing the norms for civil society, both in the United Kingdom and the United States, non-evangelicals may want to pay attention and think about what his affirmations mean for them as citizens.

A common-kingdom approach sees a looser connection than some between culture and cult, between the shape of a society and the religious presuppositions underlying that society. There is no distinctively Christian culture or Christian civilization, and while the ‘secularist’ state is an enemy of the civil realm, the ‘secular’ state is a definition of the ‘civil realm’, one of the triumphs of the West. In a common-kingdom approach, and crucially for the focus of this essay, evangelical public theology concerns this mixed common cultural history, the ‘civil realm’ which has its own norm and moral basis. A common-kingdom approach appreciates and appropriates a version of natural law given in general revelation (Rom 1:18–32), the law written on the heart (Rom 2:14–15), common to all humanity and the moral basis for civic morality, and the common good: ‘Natural law is God’s common moral revelation given to all people of whatever religious conviction. . . . Natural law morally obligates human beings insofar as they are created and sustained by God’.

In contrast is the confessional-kingdom approach:

Here God is sovereign, Jesus is Lord and King over all, the Bible is our ultimate authority, and God commands that everyone acknowledge this in every sphere of life. While still upholding structural and institutional pluralism (i.e., not confusing or conflating church, state, and family), confessional-kingdom models join together aspects they believe common-kingdom proponents falsely dichotomize: earthly and heavenly, physical and spiritual, judicial-covenantal and material, individual and cosmic, civil and religious, God’s law in one realm of life and his law in another.

You don’t need to think that Dominionism is crazy to find this description of Christ’s lordship over all of life and the Bible’s applicability to all social arrangements arresting. The appeal of such a position, aside from its obvious single-minded devotion, is that it apparently remedies the moral afflictions of our time such as gay marriage and abortion. The problem is that it uses a sledgehammer to set a nail. The reason is that the Bible not only condemns sexual immorality but also idolatry and blasphemy; parts of the Bible even call for holy war on pagans. To be sure, Christians and Jews have ways of interpreting these texts for contemporary times that don’t require a return either to Jerusalem under King David or Byzantium under the emperor Constantine. But again, the non-believing journalist is not supposed to know those more accommodating interpretations, not to mention those Mormons or Jehovah’s Witnesses who live across the street from regular readers of Themelios. And for these outsiders, Strange’s argument could well sound threatening. As Strange himself admits in a section addressing the implications of the confessional-kingdom approach:

. . . there are numerous examples (the prophetic literature being a pointed example) of the nations outside Israel being condemned and called to repent not simply of moral natural-law sins but ‘religious’ sins especially idolatry. Idolatry, not simply immorality, can well be described at the universally applicable ‘primal’ sin, seen clearly in Adam’s and Eve’s ‘false faith’ in the Garden when they followed Satan in believing lies about God. Whether one calls it ‘natural’ or ‘biblical’, the worship of any god other than the transcendentally unique Yahweh, is idolatrous and accountable.

Does Strange really need to be reminded about the place of Jews and Roman Catholics at one time in English society? If not, then perhaps he could qualify a lot more how much the Bible is the norm for “everyone” in civil society.

And yet, defenders of the Religious Right continue to defend the sweeping claims of Christians about public life. Over at First Things, Joe Carter, who comes from an evangelical background and is often clever and thoughtful, recently dismissed the “screeching” of liberal journalists about an “impending theocracy.” On the one hand, he makes a valuable point that evangelical Protestants can’t produce much uniformity in their churches so the threat of imposing order on the United States is a stretch. On the other hand, he speculates that about the worst that would happen is that pornography would be banned, a marriage amendment added to the Constitution, and television shows would have to have as many Christian as gay characters.

His complete list has its moments, funny ones, that is. But the last time I checked believers in the Bible should not be laughing about what the Bible teaches. For at least thirty years now the Religious Right has been insisting that candidates who are believers should take their faith seriously (most often this is limited to certain commandments in the Decalogue), and help to restore moral order in the United States. Well, shouldn’t Bible-believing candidates do a whole lot more than what Carter jokingly lists? Doesn’t the Bible say a lot more than simply that we should not kill other human beings and not have sex outside marriage? And does not Carter end up portraying evangelicals as Christians whose bark is worse than their bite (which was, by the way, the complaint that evangelicals used to make against liberal Protestants, that they did not really believe all of the Bible)?

This is why unbelieving journalists and neighbors are confused. The Bible does say more than how human life is conceived or when human life should end. Those neighbors want to know which other parts of the Bible apply to them also. They may even wonder why the citizens who insist that religion be taken seriously in public life are so willing to disregard parts of a book that are supposed to be taken seriously.

Localism and the Church

Who Gets To Be The Czar of Human Evolution?