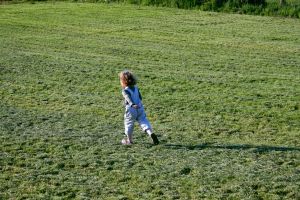 A few days back, my young son responded to my wife’s request to do the dishes by exclaiming “but I want to do whatever I want to do, whenever!”

I expect he learned his wicked sentiments directly from me; his immature wish for freedom a bold articulation of what I really want to say.

Like so many others, I spent too much time hoodwinked by the story of liberation, emancipation, and autonomy. What it meant to be free, I supposed, was to be free from limits and entanglements, duties and responsibilities; freedom was self-sufficiency, and a major goal in life was to maintain and extend the range of sovereignty.

Other people are threats to freedom, what with their expectations and demands. To have a child, for example, is virtually to die, for they demand so much, and so absolutely, as to put you out of the driver’s seat of your own life. (Metaphorically of course. In reality, you spend much of your time in the driver’s seat shuttling them around.)

One mark of our cultural abnormality is how strange it seems to think of freedom as marked by self-restraint, loyalty, fidelity, reverence, piety, or responsibility. We tend to think that freedom is the absence of responsibility.

Now, it certainly is the case that I am an individual and free. But the sort of individual I am is personal, and necessarily in relation to others. In the tradition, a central claim about persons was their ability to give themselves and receive others, as Jacques Maritain puts it: “this is a center … capable of giving and giving itself; capable of receiving … even another self as a gift.

In fact, one of the marks of the greatness of a being is its ability to give itself to another. For Thomas Aquinas, “it is the nature of every actuality to communicate itself insofar as it is possible. Hence every agent acts according as it exists in actuality.” By this Aquinas means that everything gives itself to the world as it can. There is a “basic generosity of existence.”

I can think of myself as an empty container of freedom, as a sovereign who exists prior to my entanglements with others, but this is a paltry and ghost-like self. The person who matters is the one who is son, father, husband, cousin, son-in-law, friend, and each of those roles limits my ability to do just whatever I want, whenever. As son, I owe piety; as husband, I owe fidelity; as father, I owe gentle instruction; as friend, I owe loyalty. Consequently, I am what I am in virtue of the responsibilities I bear. Insofar as I matter as a person, I am constituted not by sovereignty, but by what I owe. And only by knowing what I owe to others do I know who I am and what I’m for; ignorance of owing is to be devoid of a self.

If this is true, then the ability to cultivate a sense of owingness is to become a real human being, a free human being. But almost every bit of our cultural life is stacked against our developing this sense, and so we are deaf and dumb about what matters most.

The Axial Age and the Sacred Community