Front Porch Republic
Home Articles Politics & Power If Not Exceptional, How about Unusual 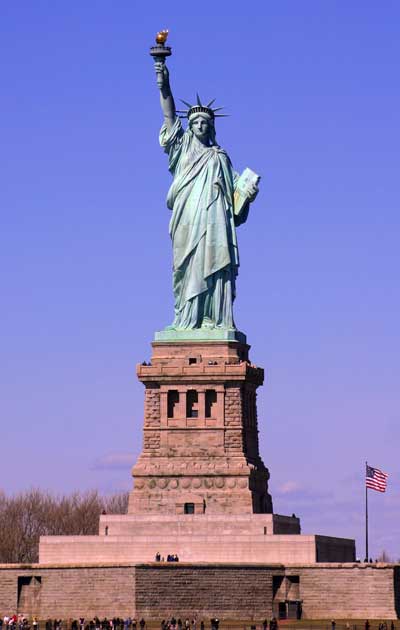 I am loathe to dissent from Mark Mitchell’s thoughtful piece on American exceptionalism, true FroPo that I am. And I could simply add a comment to the post along with the rest of FPR’s readers. But my dissent may call for a little more space than usual since it involves a recent writing project that has alerted me to the difficulties of explaining FPR’s brand of conservatism to other Americans who are by no means listeners of Glenn Beck or viewers of Fox News.

The endeavor in view is a ghost-writing project so the details need to remain somewhat murky. The memoirs I am helping to craft are those of a retired military intelligence officer who was born in Yugoslavia and left his home town along with his family when he was ten years old at the time of the Axis invasion. The family resided in Italy for the remainder of the war but that verb suggests far more stability than was the case. These refugees wandered from south to north in Italy both to avoid bombs and to find the Allies who were their only hope for survival. Throughout the war they viewed the United States as the savior of the oppressed and when it ended they experienced first-hand the generosity of Yankee soldiers who helped the family find a route out of Europe. They waited their turn to come to the United States in Argentina and when they arrived in New York City they worked mightily simply to make ends meet as so many immigrant families did. But they were not resentful about their circumstances since the United States was one of the few places that provided long-term security and opportunity. So happy was the former ten-year old with the conduct of American servicemen in Europe and with his new home in the United States that he signed up as soon as he could for a career in the military. Even though he had seen plenty of fighting, both civil skirmishes in Yugoslavia, and then during World War II — he even saw Mussolini hanging by his feet in one of the public squares in Milan — he did not flinch from wanting to serve in the U.S. military. He knew Communism was a great evil and that the United States was perhaps the only nation that could meaningfully stop the spread of Soviet influence. He was proud to serve in a military that would become for many FroPo’s, myself included, a dubious feature of the United States’ superpower status.

Because he knew a number of European languages, his superiors slotted him in intelligence and he served there for the better part of twenty-five years (including a one-year tour in Vietnam). After military service he found the United States a congenial place to build a multi-million dollar business that saw him in the early years doing most of the labor — from production to sales and administration. This successful business could well have transpired somewhere else and he has relatives in Argentina where such success did happen. But when you put together the United States’ role in defeating the Nazis, the nation’s enormous role in undoing the Soviet Union, and the kind of society it supported that would reward such entrepreneurial initiative, it is hard not to think that the United States is — from at least this former refugee’s perspective — exceptional.

What makes this tale even more poignant is that this former ten-year old grew up in a prominent Yugoslavian family that knew great wealth — his father owned two automobiles when maybe only ten existed in a good-size city on the Adriatic Coast. This boy can recall dinners to his maternal grandparents’ home which was a part of the Diocletian Palace. (And now as Croatia tries to enter the European Union and seeks the original owners of property confiscated by the Communist government, the former ten-year old finds himself the holder of the title to that part of the emperor’s palace.) In other words, these refugees enjoyed a privileged status and enjoyed a wealthy existence in the Old World, compared to the hard work and confined quarters they would need to endure in the United States. But this substantial difference in circumstances never led these immigrants to question that the United States really was the greatest nation on God’s green earth.

All of this has been a great challenge to my own convictions — shared with Mark — about the virtues of a modest republic. As a native-born citizen of the United States, I have the luxury of choosing the slice of the nation’s political reflection with which I most agree. As a historian I have the advantage of identifying with an era of the United States’ past when my political and cultural sensibilities would have been the most welcome. But some citizens of the United States do not have those luxuries. And I am wondering how to break the news to this former ten-year old that the United States is not as special as he thinks, not simply now that he has witnessed the corruption and excess that many Americans lament, but also at the very time that the nation was losing its modesty.