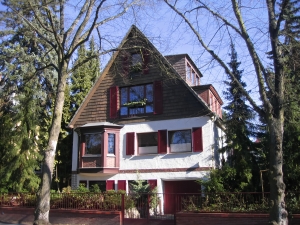 “Something is happening here. A movement is afoot,” surmised Patrick Henry College Chair of Government and Front Porch Republic blog editor Mark Mitchell as he closed out a conference about something held in the middle of nowhere, which drew a divergent mix of concerned citizens willing to look beyond our rigid two-party system for answers to some of the country’s most endemic social and political ills. That “something” – the diminishing returns of “progress” in modern America; the centralizing power of technology in our culture and our politics; the war on community by the forces of postmodernism and commercial individualism – drew conferees from around the United States and across the ideological spectrum. A movement was afoot.

On September 24 a “community of souls,” to borrow an Eliot phrase, gathered on the rural hallowed grounds of Mount Saint Mary’s College in Emmitsburg, Maryland. Summoned by the editors of FrontPorchRepublic.com, a website devoted to the virtues of localism and small-town America, they traveled across the mid-Atlantic’s Rust Belt and descended from the Northeast Kingdom of Vermont to a rural town on Maryland’s border with Pennsylvania, a place seemingly innocent of the regular coarseness of modern life in today’s homogenized America, for a daylong event concerned with “human good and healthy communities.” Notably, the 200 kindred spirits were overwhelmingly young; the majority likely in their twenties and thirties, with men and women represented in roughly equal measure along with a few tykes in tow. The group at Mount St. Mary’s was a searching bunch of free thinkers, who descended upon this second-oldest Catholic college in the nation looking to transcend conventional political categories, perhaps seeking a better way to live anchored deeply in the soil of place threatened by the ruthless co-conspirators of big government, post-industrialism, and a culture committed to self-actualization.

Napoleon was once exiled to an island called Elba where he would grow restless, gather an army, and retake Paris. In Upstate New York’s Genesee County, another Elba exists. The keynote speaker of this conference on reclaiming human dignity calls this Elba home. His name is Bill Kauffman. He is a writer, a pithy, pitch-forked poet of place. Kauffman rocked and riffed before recalling the soul of the great American poet Robert Frost, who once characterized our projects of human improvement thusly:

Like Napoleon, Kauffman may too be raising an army to take back the soul of his country. However, there need not be alarm in the vicinity of 1600 Pennsylvania Avenue. This bunch of crunchies, farmers, bow-tied, and bookish folk seemed a gentle lot. No need to add anyone to a new “enemies list”: If somebody in the military-industrial complex needs to know our names they may write down the same name Odysseus gave that Cyclops he jammed in the eye with a red-hot poker – Nobody.

After about seven hours I found myself in Emmitsburg, by way of the aging Eisenhower Hotel, just up the road in Gettysburg, Pennsylvania, with her ramparts and cannons from past civil unrest. All heaved earth amid a world blown to smithereens, Gettysburg is a place our nation reveres, consecrated in a solemn idea, healed in a famous Address taught with regularity at schoolhouses across the country. Driving through this time-worn terrain, I was thankful for a friend riding shotgun with map in hand, which with the help of a talking GPS got me from my place to this place. Fittingly, the locals suggested a place on Emmitsburg’s West Main Street called Ott House Pub. It was where the townies mixed; three storefronts connected to an early 20th century firehouse. Fire patches from distant stations littered the walls of this meeting and eating place. We wolfed down our food, watched the local commotion and beat it out of there before trouble brewed.

Like Kauffman, I too was blown along this course by the breath of Robert Frost. You see, he’s my neighbor. Buried with his wife just a few minutes from where I live on the New York-Vermont border. His soul is still alive in that land’s crisp autumn air, where maple trees flare; where Grandma Moses forever preserved trees, hills, mills, and town doings across the canvasses of her folk art. Her ghost also lives on in this place: Moses’s great grandson Will painting in sacred spaces above the earth at the bottom of my hill in Eagle Bridge.

There was, however, someone missing from this conference that has his thumb nearly on what we were all trying to talk about: a modern Thoreau or Frost, who bypassed the sirens of New York, privilege, prestige, things, and bling, Kentucky farmer-poet Wendell Berry. He skipped out on opportunity and material prosperity offered by big cities and important institutions and returned home to the farm. The scheduled speakers strode to the podium at “The Mount,” as the college calls itself, almost all building their story upon the work of this agrarian poet.

Berry knew well that “however frustrated, disappointed and unfilled life may be, the pursuit of self-liberation is still the strongest force now operating in our society.” He knew “the net result of our much-asserted individualism appears to be that we have become ‘free’ for the sake of not much self-fulfillment.” He knew to get to big ideas we need to “think little.” In a time of disorder Berry tells us to return to the care of the earth, the foundation of life and hope. Isn’t that what all this politics stuff is about? A way of life? An order of the soul? A foundational thinker of modern conservatism, Russell Kirk, thought so.

Later, conference panelist Caleb Stegall urged us back to the earth, tempting us to join “the last man club.” Now the chief legal counsel for the governor of Kansas, Stegall further urged us to “grab a root and growl.” I could dig that; I could do that. But Stegall was more than a primitivist. He had soul. He took us back to his roots, and, in doing so, pointed to a way of life still possible, as long as one was willing to work for it.

The speakers came from established places and posts including: Notre Dame, Georgetown, Hillsdale, and the New Atlantis Journal. But make no mistake, this was not your run-of-the-mill political conference, especially for a crowd which probably leaned conservative in traditions and faith. One orator, for example, had to bolt at lunch – to deliver 11 new piglets. He made it back in time to tell us why he left his job in biochemistry to live the life of an organic farmer. He was joined by a Catholic professor of theology at the Mount, David Cloutier. The goodly professor warned us about the trappings of self-disorder, laziness, and indulgence. Then he indulged his own passion and split. No pigs needing delivery; just a board meeting for the farmers market he directs. The author of Wendell Berry’s “Life and Work,” Jason Peters, was at this place too. Peters clarified what Cloutier was espousing, so guys like me could get it. He suggested if we continue to live and work like some lifelike Dilbert parody, we will turn into a nation of fat asses with trim, well-exercised typing fingers. Fat ass. Got it.

Coming out is never an easy thing to do. Sometimes you don’t realize what you are until another steps out into the nakedness of the public square. Rod Dreher did it, streaking his exposed self across the screen of National Review Online. That was 2005. People loved what they saw. A Birkenstocked Burkean streaking with Russell Kirk and a community of souls to the beat of permanent things. Dreher mooned consumer capitalism and corporate glimmer, embraced family, community, marriage, self-order, and restraint in the course of unifying his thought with a reverence for life lived for things outside oneself.

National Review would respond by giving him a cover article to explain more about this “way of being.” He called the practitioners of this lifestyle “crunchy cons.” A book would come out of it. The life Dreher hoped to live became clearer through its pages. It was for gun-loving organic gardeners, evangelical free-range farmers, hip home-schooling mamas, right-wing nature lovers, Burkeans, and countercultural conservatives. For me, it was about living as a Catholic. I found my place; I came out.

So, naturally, I would come out for a shindig Front Porch Republic was throwing to extol the virtues of place and something which looked a lot like a crunchy conservative lifestyle. Rod Dreher on the program sealed the deal, and a road trip it would be.

As it turned out, Dreher would have to cancel at the last minute. In a moving story of life and community, he went home to Baton Rouge, to attend the funeral of his younger sister Ruthie. A mourning Dreher blogged it all out. It was at once poetic, tragic, and uplifting. Everything we were about to learn about the importance of community was already playing out in Baton Rouge.

I’m back home now, ruminating over this whole thing with my cashmere goats. It occurs to me Russell Kirk believed conservatives aspire to order: both order in the soul and order in the state. The modern heaves and lurches of politics is all someplace else. It’s big, abstract, on the television. It’s a war of the worlds: corporations, armies, nations all swirling around.

Absent is the self-examination of the person in the mirror and how we exchange with loved ones around the dinner table. Forgotten is how to live a life more thoughtfully, with reverence and veneration to community and creator.

I think about these things as I wonder about the meaning of jackasses and rogue elephants and “Decision Day.” Then I look to the heavens and see an eagle soaring on a different plane. Or is it a turkey vulture?

Matthew Dill is a Catholic, husband and dad of four. He yearns for conservative family life. He currently directs Member Services for the NYS Assembly Minority Conference (which is essentially a communications and advertising shop for the 51 Assembly Republican Members of NYS); is the past Republican Assembly Campaign Committee political director & Saratoga County GOP vice-chair/political director; and the former Assistant Director of NYS Right to Life Committee (Affiliate of National Right to Life Committee).

Thoughts on the Return of College Football