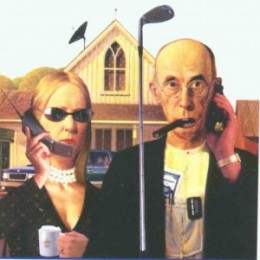 One thing that has amused me in these first three years of FPR’s existence is the tendency of some readers to single out one or two articles and lament that FPR was once a promising venture but has now taken a sad turn toward, well, the list is long: socialism, distributism, libertarianism, Catholicism, monarchism, populism, statism, and communism (remember the Commie-dems?).

The fact that FPR has been written off for such disparate transgressions is suggestive. Ultimately, I think this indicates more about the particular reader than it does about FPR. From the beginning we have been committed to a big tent approach. We decided early on that if we were going to err it would not be in the direction of exclusion, narrowness, or some dogmatic localist creed. We emphatically don’t want to be easily pigeon-holed; although, some have called us neo-traditionalists and new localists, and I suppose those hit fairly close to the mark.

The danger of a big tent is being so broad that there is no coherent center, but I think the attentive reader will find at FPR a genuine commitment to the ideals of place, limits, and liberty in various configurations. In more concrete terms, this amounts to the promotion of political decentralism, economic localism, and cultural regionalism. Of course, there is plenty of room for disagreement as these ideals are articulated, and these points of disagreement crop up regularly.

As I see it, we at FPR are exploring the limits and defects of liberalism in the context of contemporary America. In the course of that exploration, we’ve had a variety of individuals push in various directions. Early on we published a piece by Kirkpatrick Sale on secession. Does that mean FPR is committed to secession? Well, no; although, one of our editors, Bill Kauffman, has written an engaging book on the topic and anyone who reads it will be made aware that the subject is as old as the republic and does not simply refer to carving up the Union but can also indicate a desire to carve up the states within the Union. A legitimate discussion? I think so.

We ran a couple of pieces by an author advocating an American monarchy. Does that mean FPR is a monarchist site? The simple fact that no other writer at FPR bought the arguments and as a result we have not revisited that topic suggests that this particular foray fell decidedly flat. While some critics see the fact that we ran these pieces as evidence that FPR is a cabal of romantic monarchists, it seems clear that the exact opposite is actually the case. Outliers are just that, and to identify an outlier as the norm seems to be a careless error.

In this attempt to probe the limits and defect of liberalism, FPR writers often find themselves pushing against a political culture in ways that create real and difficult tensions. We Americans are, after all, products of a liberal society and to question both the grounds of liberalism as well as its ends is to question much about our own lives.

In November Joe Carter over at First Things published a piece critical of the distributist economic ideals often discussed at FPR. Indeed, from the beginning we have sought to explore the contemporary relevance of distributism (see, for example, here and here). Part of the problem with distributism (beside the lousy moniker) is the fact that few people take the time to define it carefully and this results in plenty of misunderstandings. For present purposes, we can define distributism as simply the notion that a healthy polity, especially a healthy democracy, depends on real property widely distributed among the citizenry. Of course, the mechanism to achieve this end is a central question that must be addressed, yet most would agree (certainly conservatives of a Burkean stripe) that property is one of the lynchpins of an ordered freedom.

Carter’s challenge to distributism (as an aesthetic ideal born of hobbits) turns into a criticism of agrarianism when he levels the following accusation:

Agrarian conservatives are charmingly anachronistic and mostly harmless since even they don’t take their ideas too seriously. (When the agrarian professors give up their tenure at Ivy League U, move back to the farm, and teach at Wendell Berry Community College, I’ll believe they mean what they say).

This snarky remark is beneath Carter and quite simply ignores the real tensions many writers at FPR have been wrestling with for some time. First, as I said before, we are all products of liberalism and to probe liberalism is to throw into question many basic assumptions about human flourishing and this translates into questioning many of the life-style decisions we ourselves have made. But “moving back to the farm” as Carter glibly puts it, is not much of an option if there is no farm to move back to. Even going home is not an option for many, for our parents are as mobile as we are and a hometown doesn’t exist. Thus, we are left doing the best we can in the places we inhabit whether that be a small town in Kansas, a college town in Illinois, or a suburb of Washington D.C. Moving again to recover some nostalgic sense of place isn’t necessarily the answer. Committing to a place and staying put is, perhaps, no simple ideal in a world where mobility is associated with success, but Carter should at least see that as a legitimate way of addressing a real problem.

Second, Carter conflates distributism with agrarianism and, while the two share affinities, failing to distinguish between them simply muddies the waters. A distributist can, of course, live in a city. Owning a small business is surely one distributist ideal. But, and here is where Carter could benefit from more reading in the agrarian tradition, agrarians do not, as a rule, argue that all people should return to farm and field. If they did, they would be the romantic utopians Carter accuses them of being.

Agrarians from the Twelve Southerner of I’ll Take My Stand to Wendell Berry identify a fundamental tension between agrarianism and industrialism. According to Berry, these are the only real options, and the differences are profound. “I believe that this contest between industrialism and agrarianism now defines the most fundamental human difference, for it divides not just two nearly opposite concepts of agriculture and land use, but also two nearly opposite ways of understanding ourselves, our fellow creatures, and our world.”[1] Where the model for industrialism is the machine and technological invention, Berry notes that

agrarianism begins with givens: land, plants, animals, weather, hunger, and the birthright knowledge of agriculture. Industrialists are always ready to ignore, sell, or destroy the past in order to gain the entirely unprecedented wealth, comfort, and happiness supposedly to be found in the future. Agrarian farmers know that their very identity depends on their willingness to receive gratefully, use responsibly, and hand down intact an inheritance, both natural and cultural, from the past. Agrarians understand themselves as the users and caretakers of some things they did not make, and of some things that they cannot make.[2]

The agrarian is guided by gratitude. He recognizes the giftedness of creation and accepts the great and awful responsibility to steward it well. Such a recognition “calls for prudence, humility, good work, propriety of scale.”[3] In the use of the land, soil, water, and non-human creatures, the final arbiter, according to Berry, is not human will but nature itself.[4] But this is not to suggest that Berry is some sort of pantheist. Instead, “the agrarian mind is, at bottom, a religious mind.” The agrarian recognizes that the natural world is a gift, and gifts imply a giver. “The agrarian mind begins with the love of fields and ramifies in good farming, good cooking, good eating, and gratitude to God.” By contrast, the “industrial mind “begins with ingratitude, and ramifies in the destruction of farms and forests.”[5] The implication here is striking. The agrarian begins with gratitude for the gifts of the natural world and this leads him ultimately to gratitude to God. The industrialist, on the other hand, begins with ingratitude, which precludes this upward movement. Where the agrarian mind is essentially religious, the industrial mind is essentially irreligious or even anti-religious. It is characterized by the will to dominate the natural world. This mind fails to recognize that humans are an intrinsic part of the natural world, and to be destructive of the natural world is to jeopardize human existence itself. Such a way of thinking seems patently foolish, but one must never forget the technological optimism lying at the heart of the industrial mind. If the agrarian mind is essentially religious, the industrial mind is animated by faith in technological innovation, which will solve the very problems brought on by the hubris of an ungrateful mind.

Since the agrarian mind and the industrial mind represent two fundamentally different ways of viewing the world, it is possible for a farmer to possess an industrial mind just as it is possible for an urban dweller to possess an agrarian mind. Indeed, there are examples of both in every city and in every farming community. Once this basic fact is acknowledged, simple mischaracterizations are far more difficult to entertain.

The agrarian model is, moreover, characterized by a particular view of private property, and here we can see the connection between agrarianism and the distributists. Echoing the views of both Belloc and Jefferson, Berry argues that

the central figure of agrarian thought has invariably been the small owner or small holder who maintains a significant measure of economic self-determination on a small acreage. The scale and independence of such holding imply two things that agrarians see as desirable: intimate care in the use of land, and political democracy resting upon the indispensible foundation of economic democracy.[6]

That we have become, by and large, a nation of wage-earners and the owners of mutual funds demanding our fair share of the collective pie rather than independent property owners signifies an important cultural shift with significant consequences worth exploring. Berry is not arguing that a healthy polity or a healthy economy is only possible when everyone owns land or that the cities be abandoned. These are silly objections that indicate an unwillingness to engage Berry and the agrarian tradition. As Berry puts it, “I don’t think that being landed necessarily means owning land. It does mean being connected to a home landscape from which one may live by the interactions of a local economy and without the routine intervention of governments, corporations, or charities.”[7] In short, Berry is speaking of liberty born of a commitment to a particular place limited by an acknowledgment of responsibilities to neighbors, to the natural world, and ultimately to God. These are the ideals–place, limits, and liberty–we are exploring at FPR. The fully persuaded, fellow travelers, and thoughtful critics are all welcome.

On Feeling “Forgotten”: Agrarian Aspirations in the Andes