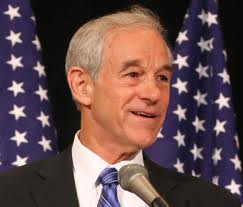 Sioux Center, Iowa.  I was one of 120,000 who voted in the Iowa caucuses this week.  My vote went to Ron Paul, a man I have admired since becoming aware of him in 1976.  That year, he was the newest member of Congress and he sent a letter in support of Governor Reagan to Iowa Republican state convention delegates during the tight Ford vs. Reagan contest.  A couple months later, Representative Paul was chairman of the 100-strong, all-Reagan delegation of Texas at the national convention.  Reagan still fell slightly short in his anti-establishment presidential campaign.  Unfortunately, by the time he was nominated four years later, Reagan had made his peace with the establishment.

The morning after the Iowa caucuses—wanting to be useful in some tiny way—I thought of some advice I wanted to give to the Ron Paul campaign.  After the obligatory but sincere “Congratulations on RP’s strong showing in Iowa” and “I commend the campaign on how it’s being run,” I suggested:

Push the excellent foreign policy video through the web.  Edit it down or put something shorter-but-similar together for TV in NH and SC.  This is a real weakness for RP which needs to be addressed.  “Soft on defense” is his Achilles heel for millions of otherwise-friendly conservatives.  Keep emphasizing active-duty military personnel contributions.  Have military veterans campaign with him on the stump and appear in ads.  It’s a big problem that has to be addressed more head-on.  Go on the offensive.  Turn a weakness into a strength.  RP’s willingness to call attention to Gingrich’s draft-dodging is a step in the right direction.  Call a spade a spade.  It’s easy to be a hero with someone else’s life.  (Assuming the reported facts surrounding Gingrich’s deferments are correct; you have to make sure you really have the goods before leveling the accusation.)

Make the connection between liberty and God explicit.  RP is obviously enamored with liberty.  But why?  How do you connect with moralists, with traditional conservatives, who equate libertarianism with libertinism?  I now live in Sioux County, Iowa . . . the most Republican county in the state and perhaps the nation (80-85% vote for GOP).  Full of serious-minded conservative-populist-Christian Republicans.  People who don’t like the federal government and embrace home schooling and Christian schools.  They should have a natural affinity for RP, yet last night, at my caucus, RP was overwhelmed by a Santorum tidal wave.  Romney was a poor second (half the amount of Santorum, who scored about 45% of the total vote), and RP was a distant third (his 79 votes was still a huge increase from 2008, when he reportedly received 3 votes in Sioux Center).

When RP spoke in town last week, he included a line near the end of his speech about how our rights come from our Creator.  That’s a big point for moralistic Christians.  It’s not a throw-away line that should be buried in a speech.  It should be front and center.  God created us with free will.  He limits government because He does not want government to usurp His role in our lives.  Even when bad choices are made, if they don’t harm others they need to be legal.  (This does not apply to abortion, which does harm others.)  Someday each of us will answer to God for the choices we make.  RP needs to connect the dots.  What does his “obsession” with liberty have to do with moral-minded and community-minded conservatives ?  In Sioux Center, he missed an opportunity to defend DOMA.  These issues matter to the Religious Right—and deservedly so.  I know RP doesn’t like to pander but sometimes you ought to lead with your strongest suit if you want to take the trick (to use a bridge analogy).

Take on Santorum’s support for No Child Left Behind, deficit spending, Arlen Specter and Christine Todd Whitman, CAFTA, crony capitalism, legalized bribery, etc.  Be specific.  Shine light on Santorum’s record as it was shined on Gingrich’s, in terms of TV advertising, but perhaps with a lighter touch.

Avoid interviews with obviously hostile media personalities—Bob Schieffer, Chris Wallace, etc.  What good can come from talking with such jerks?  Every question is a trap laid for RP.  Focus more on local reporters, who are more apt to be respectful and fair, and on national journalists who are less vested in the status quo.

Stop responding to the newsletter nonsense.  Keep it brief and then move on: “That’s old news.  I didn’t write those offensive words.  I’ve condemned them.  I’ve apologized for having them appear under my name.  There’s nothing else I can say about it.  Next question?”  Similarly, don’t allow RP to be baited into talking about other nonsensical topics—prostitution, heroin, the Civil War, WWII, the Civil Rights Act.  It’s all a massive distraction posed by propagandists who don’t want a serious answer.

Apologize to Huntsman for the snarky tweet.  That was inexcusably juvenile—poor sportsmanship and a poor reflection on RP.  Ron Paul trying to laugh off the tweet when interviewed by Piers Morgan compounded the problem.  Apologize and move on.  Admit it was unkind, unprofessional, and unnecessary.  Why give the media legitimate excuses to make our candidate seem unready-for-primetime and not-in-charge of his own campaign?  It also reminds people of the newsletter problem.

Close the gender gap.  Have some warm-and-fuzzy ads that include Carol or other women.  Have more of a feminine presence on the campaign trail and in ads.  Entrance polling shows that the gender gap hurt RP significantly in Iowa.  Most women aren’t turned off by his peace message; it’s the technocratic emphasis on economic theory and the masculine flavor of the campaign, I think.  Connect with “real voters” beyond our base . . . moving Congressman Paul’s words out of the abstract and into the flesh-and-blood of average people.  My wife has frequently commented on RP’s nerdy persona.  Part of that persona is being ill-at-ease with making an emotional connection with voters.  No one who listens to RP doubts that he’s intelligent and knowledgeable, but the lack of obvious heartfelt connection to other human beings is a handicap.  The most successful politicians—the Ronald Reagans and Bill Clintons—are not emotionally tone-deaf.  When talking one-on-one and when crafting speeches, they use language which shows they care (or at least that they pretend to care).  There’s a reason for the old cliché about politicians kissing babies.  That connects them with voters in a personal way even if it seems superficial to others.

I assume RP is an introvert who has to force himself to press the flesh and make small talk with strangers.  I believe he’s a sensitive, caring man on the inside.  That caring needs to be more easily detected.  One of the questions he received during the Q&A in Sioux Center was a touching question by a nervous sixth-grade boy with autism, asking what President Ron Paul would do to help children with autism.  Instead of beginning his answer with a recognition of the boy and his mother, on a personal level, RP answered with a brief policy-wonk response that made no personal connection and ended up with a banal statement to the effect that “Liberty always works best for everyone in the end.”  It was a tone-deaf answer.  He could have arrived at the same conclusion in a way that wouldn’t have made much of the audience—especially the female half—cringe.  There is more to life than thought and policy, than cost-benefit analysis and dollars-and-cents.  There is even more to life than individual liberty.  RP knows these things but his awareness of the other parts of what it means to be human is not always discernible.

Where’s Barry Goldwater Jr. this year?  If he’s supporting RP, get him on the stump.  Run commercials featuring Barry, making the connection between his father and RP.  Show the pro-liberty, small-government conservative legacy (pre-neocon, pre-Rush, pre-FOX).  Explicitly reject the Rockefeller, Country-Club liberalism of Romney, Gingrich, and the rest.  Where were they when Goldwater was running in 1964?  Reagan in 1968 and 1976?  Old Republicans—and there’s a lot of them—will understand even though the message will be lost on younger voters.  We’re weak with old conservatives.  Remind them of the historic struggles between the pragmatic elitists and the principled populists.  They should be RP’s people in this campaign but most are not.  Make a connection.  BMG Jr. might help.

Maximize the involvement of Rand Paul.  He’s smooth and he appeals to the conservatives RP needs to broaden his base.  My wife didn’t like how Senator Paul scowled throughout the post-caucus speech by Representative Paul, but I’m sure he was disappointed that his father didn’t take first or second so I can’t be too hard on him for that.  The interviews I’ve seen recently with hostile media show Rand Paul to be deft in fielding absurd questions and not taking the bait.  And his maiden speech in the Senate, daring to critique the compromising Henry Clay—who famously declared that he would rather be right than be president . . . when he was actually neither—is a classic.

On to New Hampshire and, eventually, Tampa!