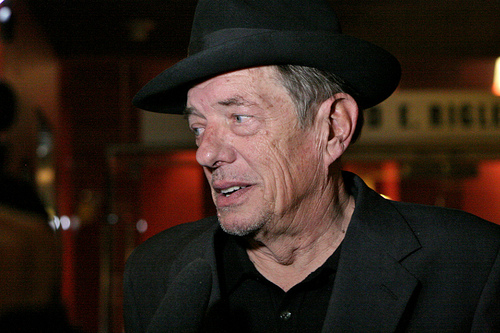 Louisville, Ky. You who think that all of the principle and most of the color have gone out of politics never had the opportunity to vote for Gatewood Galbraith.

Mr. Galbraith (though no one called him that—he went by “Gatewood”) was a perennial candidate for governor in Kentucky, running for the first time in 1991 with the support of Willie Nelson, with whom he shared an interest in legalizing marijuana and hemp, and in whose company he traveled the state in a red Mercedes station wagon that ran on hemp oil (the “Hempmobile”). He came by his conviction as honestly as possible: though it is likely he enjoyed marijuana for the usual reason, he had found relief for his asthma smoking it, and like many central Kentuckians of his age, his grandfather grew hemp back when it was an important cash crop for the state. Mr. Galbraith said he was born in a hemp patch, and he believed it could be an important agricultural crop again.

He began his politicking with a run for agriculture commissioner in 1983, then ran for governor five times, for U.S. Congress twice, and for state attorney general once, losing every time. When he wasn’t running, he worked as a criminal attorney, noting that “losing statewide elections doesn’t pay worth a damn.” His last gubernatorial campaign was this past fall, and in that otherwise lackluster contest between an arrogant and unpopular Republican and Democrat whose two main issues were legalizing casinos and getting the EPA to lessen its regulation of coal mining, Mr. Galbraith earned 9 percent of the vote running as a Independent. Forget the 99; I’m making myself a button that proclaims, “I was Gatewood’s 9 percent.”

In that election he was the only candidate to show any opposition to mountaintop removal, a position he held alongside strong support for the Second Amendment, equally strong support for unions, and a willingness to appear at events as variable as Tax Independence Day and the Million Marijuana March. He called himself both a Goldwater Republican and an old hippie who castigated Republican leaders Mitch McConnell and Newt Gingrich as two “aliens” who “never met a bloated police state they didn’t like.” He was a tea party original long before the tea party, with strong views on privacy rights. “Did my father’s generation hit the beaches of Normandy and Iwo Jima so that I’d have to pee in a cup to hold a job in America?” he asked.

Yes, he loved to talk, and he would rail against the “petrochemical pharmaceutical military industrial transnational corporate fascist elite SOBs” with a speed and energy that belied the emphysema that killed him in his sleep on January 4th. He was our best protest vote, and he existed politically to give his fellow Kentuckians a much needed opportunity for a third way.  Better a good protest vote than no vote at all.

Mr. Galbraith’s life off the stump was colorful and imperfect; he was twice divorced; spent some time years ago living in his car, when money was tight; and found himself in jail for an hour once in 1991 for not paying occupational taxes (“I’m in the same shape as Donald Trump and the United States government–I’m broke,” he said.)  But that didn’t keep him from telling his three daughters, “it’s worth every penny it costs you to work for yourself.” He was the sort of man to understand the freedom self-employment offered him, a few bumps in the road notwithstanding. Even back when he was a Democrat he was always an independent. They don’t grow them like Gatewood Galbraith anymore. Rest in peace.