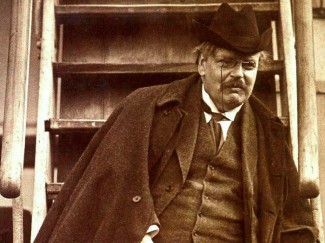 To paraphrase an observation of Chesterton on the subjects of poets, silence and cheese:  Political scientists have been mysteriously silent on the subject of soap, or at least until now.[1 ] Less than obvious, therefore, at least to some, might be the connection between our political leanings and, say, our use of hand sanitizers, but that’s just one of the many interesting observations lifted by New York Times columnist Nicholas Kristof from The Righteous Mind by University of Virginia psychology professor Jonathan Haidt.

“Anything that prods us to think of disgust or cleanliness,” Kristof reflects, “also seems to have at least a temporary effect on our politics. It pushes our sanctity buttons and makes us more conservative.” He notes also that a study at Cornell University showed that “students answered questions in more conservative ways when they were simply near a hand sanitizer station.”

I, for one, look forward to reading Haidt’s book for more interesting facts and observations on soap, skin, hair and politics.  And, hopefully too, for a deeper understanding of these facts which isn’t there in the Kristof article. For an example of not only understanding but wisdom, however, in this now burgeoning niche of political science, the classic in the field remains:  “Hair and the History of the City,” an essay contribution by Ivan Illich in the book Stirrings of Culture, (at least for those of us who cannot think of politics without thinking of the phrase “festering sore”).

In reading the encounters between doctors and patients in the past, it is clear that people were quite used to living with a festering sore. The doctor couldn’t do anything about it, and it is not that people didn’t mind – they simply didn’t go to the doctor to stop that festering. That is just what the human condition was. But it’s always difficult to speak with people about the fact that a festering sore, for example, was something you were stuck with and you had it. That was a pretty common statement until about 1908. Until that time, a patient had about one chance in two that the doctor could do something, anything at all, about the condition which they brought to the doctor. And, certainly in most of the world, it was quite obvious and normal to scratch and itch.

Are you following the implications?

I’m sure you’re following the implications.

What, in other words, has lead to the current hostility in politics, the current divide between the left and the right?

“Until recently”, according to Illich, “human beings never lived with their own surface out of contact with animal life. They shared their skin with other animals.”

That’s right.  Until fairly recently, we shared our skin with lice, fleas, bed bugs and mites.  It wasn’t “us” in simple opposition to “them,” or inside vs. outside. There was the now-excluded middle.  There was the “us,” the “them” and the “us-them,” which was actually the hair on our bodies which was a home for these little critters, and the hair was a “commons.” Or, as Illich observes:

We no longer have commons. Today we have private and public spaces. As far as I know, “private” and “public” are concepts which are simply not applicable to a traditional city. The difference between the opposition of private and public is as a sharp line. That line is like we today imagine our body covering, our skin, a line dividing inside and outside. Hair, inhabited hair, belonging at the same time to inside and outside, makes the division more “fuzzy,” makes our life and animal life more alike; and when there is a commons, our life and the lives of others are experienced in common; life in the city, a gathering around a commons.

A connection between body hair and our Front Porches anyone?

Illich spent much of his career describing the vanishing domain of the commons, a reality the disappearance of which gives rise the strict separation between public and private and, analogously, a stronger breach between the left and the right.[2] According to this key, one would predict that somebody like Karl Marx was covered in carbuncles, furuncles and boils. And he was! One might also predict that John Locke, whose views on private property were much more, should we say “anal”, than, say, those of the sane Thomas Aquinas (a man who understood private property as well as the commons), would be a real progressive stickler for hygiene.[3] Eureka! (He was.) Whereas Aquinas knew that the poor man was entitled, in a sense, to the apples from the large pile of the soon-to-be rotting Upstate NY Jonamac in his neighbor’s private yard, Locke had an uncharacteristically unhygienic stick up his ass is this regard and held to a much stricter notion of “private” property that would just as soon see the poor man starve.

A pure socialist or communist, you might say, is constitutionally incapable of seeing the skin for the fleas. And a stickler for private property cannot see the fleas for the skin.

Chesterton, in this regard and in many others, (including body mass), might be seen as the reincarnation of Aquinas. He saw the value of the commons and front porches and even, presumably, the front porch on his own skin: “Man does not live by soap alone; and hygiene, or even health, is not much good unless you can take a healthy view of it or, better still, feel a healthy indifference to it.”

1. “Poets have mysteriously silent on the subject of cheese”–G. K. Chesterton, “Cheese”.

2. “People called commons that part of the environment which lay beyond their own thresholds and outside of their own possessions, to which, however, they had recognized claims of usage, not to produce commodities but to provide for the subsistence of their households. The customary law which humanized the environment by establishing the commons was usually unwritten. It was unwritten law not only because people did not care to write it down, but because what it protected was a reality much too complex to fit into paragraphs” Illich, “Silence is a Commons” (1982)

3. John Locke in Some Thoughts Concerning Education (1693) proposed a hardening hygiene for children of cold water, cold air, and light clothing to toughen the body and spirit.

Bridging the Gap between Bitter Conservatives and Glib Liberals