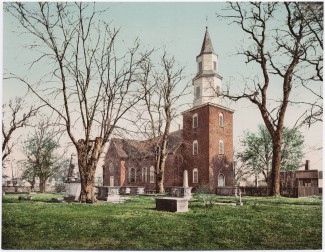 I’m struck at the vanity of those impious folks infatuated with their ability to improve the situation without having first served a long apprenticeship under the tutelage of the old. Proudly ignorant—they believe freedom from apprenticeship guarantees spontaneity, relevance, creativity—they enforce forgetfulness.

Believing, as they do, in some always-new technique or method or procedure, they reveal their fundamentalist belief in rationalism—a faith that all can be improved or mastered through some new equipment or gimmick or change. Of course, human reason does not exist in the clouds, for we are to our very core creatures rooted in place, custom, tradition, and history. We would not even exist without the history of others and the institutions bringing them together; we would not have language without a long and collaborative story; our values and ideals are bequeathed to us—in short, we inherit ourselves and our capacities, we do not create them.

And yet in their vanity, the impious casually discard past customs. Holding fast to the prejudice of their superiority, they consider the wisdom of the past—the lamp of experience hard won by countless souls over millennia—as worth less than a new technique schemed in an afternoon and marketed as the next new thing.

Nowhere is this more painfully apparent than in contemporary religious expression. As a catholic Christian, I view as a high accomplishment worship rooted deeply and humbly in the tradition, and doctrine which navigates disputes by attempting to grant voice to all that has belonged to the one ancient faith. Catholicity means at least this: a hesitation to idly scuttle that which our ancestors gave to us.

Rationalism detests catholicity, hates its patterns and rhythms, loathes its embarrassed insistence on a long obedience and formation over a complete life. How much better is enthusiasm (!) coupled with a new technique (!!) so as to make something relevant (!!!).

Roger Scruton writes somewhere of the Old Believers, those “people who have believed that holy thoughts need holy words, words somehow removed from the business of the world,” and those who recognize “that words don’t become holy through being repeated, but get repeated because they are holy.”

The rationalist admits neither claim: the holy needn’t have holy words separated from the usual; neither ought those holy words be oft repeated.

Separating holy words and holy things from the business of life is alienating, supposedly; distant from where people are, off-putting, strange, irrelevant. Just so! How little I want a God who is just like the rest of the world (perhaps just a bit bigger and crazier); how little I want the ministers and holy men to present themselves and their gods as just more of the mundane; how little I want a space without transcendent depth, just another circle of the everyday. In descending to the clap-trap of the relevant, they deny the holy and offer something not worth having.

The second impiety, refusing to repeat, denies the nature of God and the nature of Man. We are feeble, distracted, weak, and if God is to become our friend, to make his dwelling with us, he must do so gently and slowly, as he, with great shyness, elevates our stature without embarrassing our current state. God, after all, is a gentleman. The rationalists want instead immediate results, for why would one wait if one can buy on credit, why delay for a sober second look, why look back to glean from the (outdated) experience of others?

And so we Old Believers are assaulted by the vain, the haughty; those who do not think it noble to tend the graves of the long-departed, repair venerable walls, or enrich the ancient soil. They sell their inheritance cheap, and cheapen what they will pass on.

(Need I mention the inhospitality of the rationalist? They are like house guests who throw away a host’s beloved chair for being out of date.)

We live always in dependence on those who’ve trod before us to make straight paths. And now we forget, and many among us—many who lead us—insist we forget, so that we may be free to forge ahead. Never fear, they know what to do, we are told, for they have a new plan.

And the generosity of the dead—the constant nourishing of the present through the gifts still provided—is brushed aside. Thoughtlessly, carelessly, as a matter of no import, as forgetfulness is enforced.

Teenagers, Gratitude, and a Culture of Affluence