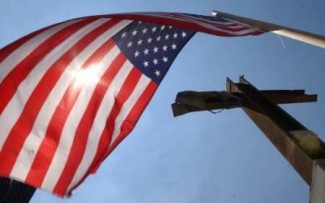 Hart explores the history of Evangelical Protestants and their intellectual engagement in politics, especially their relationship with the American Right (but also, to a notable extent,  with the Left) after World War II. Although he includes a fascinating chapter about the politics of American Protestants before this period, most of the book is detailed intellectual history of politically influential Evangelical leaders (e.g., Jerry Falwell, Tim LaHaye, Pat Robertson, Ralph Reed, Mark Hatfield) and thinkers (e.g., Chuck Colson, Francis Schaeffer, Peter Marshall, Ron Sider, Tony Campolo, Marvin Olasky, and Michael Gerson). In this examination, Hart marshals significant evidence for the conclusion that American Evangelicals have historically, culturally, and epistemologically been at cross-purposes with the traditional Conservative wariness  of ideology, revolution, nationalization, and economic centralization. The so-called “Religious Right” has displayed  the most systemic political and philosophical similarity with various Left-leaning ideologies, those that aim  at social-political perfection by realizing (via coercion) favored ideological principles through politics.

One weakness of the book is Hart’s failure to emphasize that American Evangelicals on the Right actually fit hand-in-glove with many of the key tenets and aims of so-called Neoconservatives. Both groups tend to focus, albeit with different arguments, on (1) using national governmental institutions and policies to strengthen the moral culture; (2) expanding America’s international greatness; and (3) American loyalty toward Israel with respect to foreign policy in the Middle East. Hart misses an opportunity to develop these similarities as well as the historical correlations (that are probably causal) between Right-leaning Evangelical political involvement and the success of Neoconservatives at infiltrating the apparatuses and institutions of power on the political Right since Reagan’s presidency.

Temporarily placing this quibble to the side, Hart develops a powerful and highly-recommended case for why the American Evangelicals have been constantly at odds with the traditionally-defined Conservative thought. His detailed consideration of texts written by the above mentioned leaders and thinkers are not only persuasive with respect to his overall thesis; his research also serves as a fascinating review of literature that would be overlooked by a non-Evangelical audience. Of the many interesting examples, I was particularly taken (or, more accurately, disturbed) by the intellectually-sophisticated theory of Heroic Conservatism that Hart shows Michael Gerson to advocate. Unlike other Evangelicals, whom Hart implies may be less aware of the insights of traditional conservatism, Gerson seems to have fully consumed, expunged, and rejected such wisdom.  Hart summarizes this and other facets of Gerson’s non-traditionalist views as follows:

Gerson was unconvinced by traditionalist affirmations of small government, neo-conservative critiques of the welfare state, or even Roman Catholic teaching on subsidiarity, and still found room to insist on national government as the institution with responsibility to preserve human dignity and implement the freedom of individuals of both in the United States and on planet earth—these elements of Gerson’s conservatism suggested an inability to grasp the fundamental tensions between his own idealism and the realism that undergirds any position that qualifies as conservative. One the chief reasons for Gerson’s willingness to identify with conservatism, which was at the same time the source of his discomfort with the Right, was his faith. Unlike the skepticism about idealism that characterizes conservatism, firm religious and moral convictions, he believed, inspire and motivate. “Without a belief in right and wrong,” Gerson asserted, “without a firm conception of better or worse…without a vision of how things ought to be… we do not even know what progress might look like.” “Muscular action,” however, “based on conservative principles, has led to progress, sometimes dramatic progress.” In other words, Gerson’s faith and moralism could not find a resting place within the many rooms of the Right’s intellectual mansion (184).

Here Hart suggests a contrast between Gerson’s views and the entirety of the Conservative intellectual movement—Neoconservatism included. Although Hart’s description of this position is effective, I am  drawn back to my prior criticism that Hart overplays this contrast and misses how such variants of Protestant Evangelicalism are actually quite similar to the idealist and very powerful ideological manifestations within the intellectual Right. In particular, I doubt that there is much daylight (aside from Gerson’s explicit appeal to religious motivations for his public policy preferences) between the above summary of Gerson’s views and many of the contemporary idealist Conservatives (e.g., West Coast descendents of Leo Strauss’s student Harry Jaffa and/or neo-Kantian natural law adherents like Robert George and Hadley Arkes) whom are often willing to expand the reach of the federal government for the sake of realizing their favored cultural objectives. Such idealist Conservatives exert a  powerful, leveraged position within the apparatuses of the Republican Party, major Right-leaning funding sources, and the so-called Conservative think tanks.

Another virtue of Hart’s book is the loving hand that he extends to his Christian brethren via his multi-step counsel for how Evangelicals can become more traditionalist minded. He demonstrates that some Evangelical beliefs about the importance of family and the problems of socialism actually overlap well with traditionalist concerns about the importance of local, human-scale institutions, or what Burke called “little platoons.” Furthermore, Hart counsels Evangelicals to strive for the following objectives: (1) abandon their flirtations with ideologically narrow views of social reality; (2) refrain from trying to establish a Christian civil religion; (3) avoid attempts to impose nationally monolithic morals legislation; (4) stop de-emphasizing spiritual evil over social-political evils; (5) avoid undue focus on political solutions for problems that are largely cultural; (6) refrain from wrong-headed emphasis on being crusaders who fight to win a culture war; and (7) and, very importantly, focus  on being City-of-God-pilgrims who travel within the City of Man.

Hart’s book both confirmed and expanded my own thinking about the problems of Evangelical Protestantism’s social-political theology, and I am wiser for having read his work. For those seeking to understand such themes, I highly recommend Darryl Hart’s From Billy Graham to Sarah Palin.

If Cooking Slowly and Growing Organically are In, Why Is Rural...