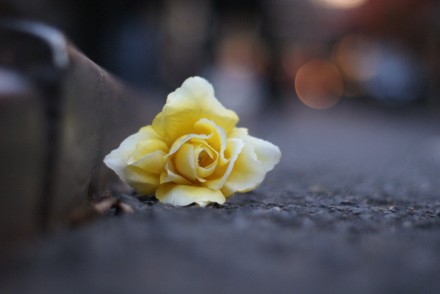 The urbane  residents of New York City like to appear austerely bored at their hometown’s famous sites: the Empire State Building is an overrated tourist-trap; Times Square, garish; and Wall Street is a street – without a wall.

But though my first few months in the Big Apple convinced me that Times Square’s flashing advertisements are not sublime, the excitement of walking the crowded streets of my city has not dissipated. Four or five miles is an easy afternoon walk, with each mile producing a dozen places I vow to revisit and dozens more individuals who seem to embody stories both tragic and tender.

And I must confess, I quite shamelessly listen to strangers’ conversations. Many conversations are in languages I cannot even identify; others are simply an incoherent agglomeration of curses. But occasionally, there is more.

I recently walked up Broadway, through a district known as SoHo. (SoHo stands for “South of Houston,” a street that separates the lovely Greenwich Village from the hipster fashionites of southern Manhattan. The first syllable of “Houston” rhymes with “Faust”. Yes, our street is older than the Texan city.) Pedestrian traffic was busy as we approached one of our first temperate weekends of the year. The advertising traffic kept pace: spring models dominated storefronts, featuring prominent assets and old promises of fresh beauty.

Such overt appeals always leave me feeling dirty, like an inadvertent voyeur, and I began to wonder why I had decided to walk through this particular part of the city. I stopped at a busy crosswalk for the Houston taxis to rush past. The conversation of two men, temporarily stopped by the same traffic, floated past.

“…got pregnant after a one-night stand. And she decided to keep the baby.”

“What?” A pause and a laugh, more unbelieving than derisive. “That’s crazy!”

“Yeah,” responded the first, “But it’s kinda beautiful, too.”

Traffic stopped. My feet moved me across the street. But my mind stood still.

The billboards of beautiful body parts that surrounded me were, in that moment, put in their proper place: they do not contain beauty in any meaningful or lasting sense. But what this woman did was beautiful. She had grasped beauty in its most unbidden moment, and her decision contained more beauty than all the advertisements in Times Square.

My city trafficks in beauty, but for all its advertising and fashion weeks, it does not know beauty. Seductive poses and well-formed bodies may point vaguely in the direction of beauty. But true beauty does not titillate and taunt, first seducing us then leaving us unfulfilled. Those advertised bodies seem to promise that we, too, can enjoy beauty. Instead, they leave us with a snapshot of a seemingly perfect world populated by perfect people – a world we are never invited to enter.

But beauty was meant to serve the opposite purpose. Life is often tinged with sadness; there is such suffering all around us. Beauty’s grace is given to remind us that suffering does not have the final word. Beauty slips, unbidden, into some of the darkest human moments, a reminder that even the most difficult sacrifice can bring new life. That is beautiful.

Katherine Bliss Teubl, a grad student at NYU, is an Adjunct Professor at the King’s College where she coaches British Parli debate. She enjoys traveling internationally, especially in China, and never turns down a chance to go rock climbing or play Scrabble.

The Beauty of the Unexpected

Beauty and Other Transcendentals